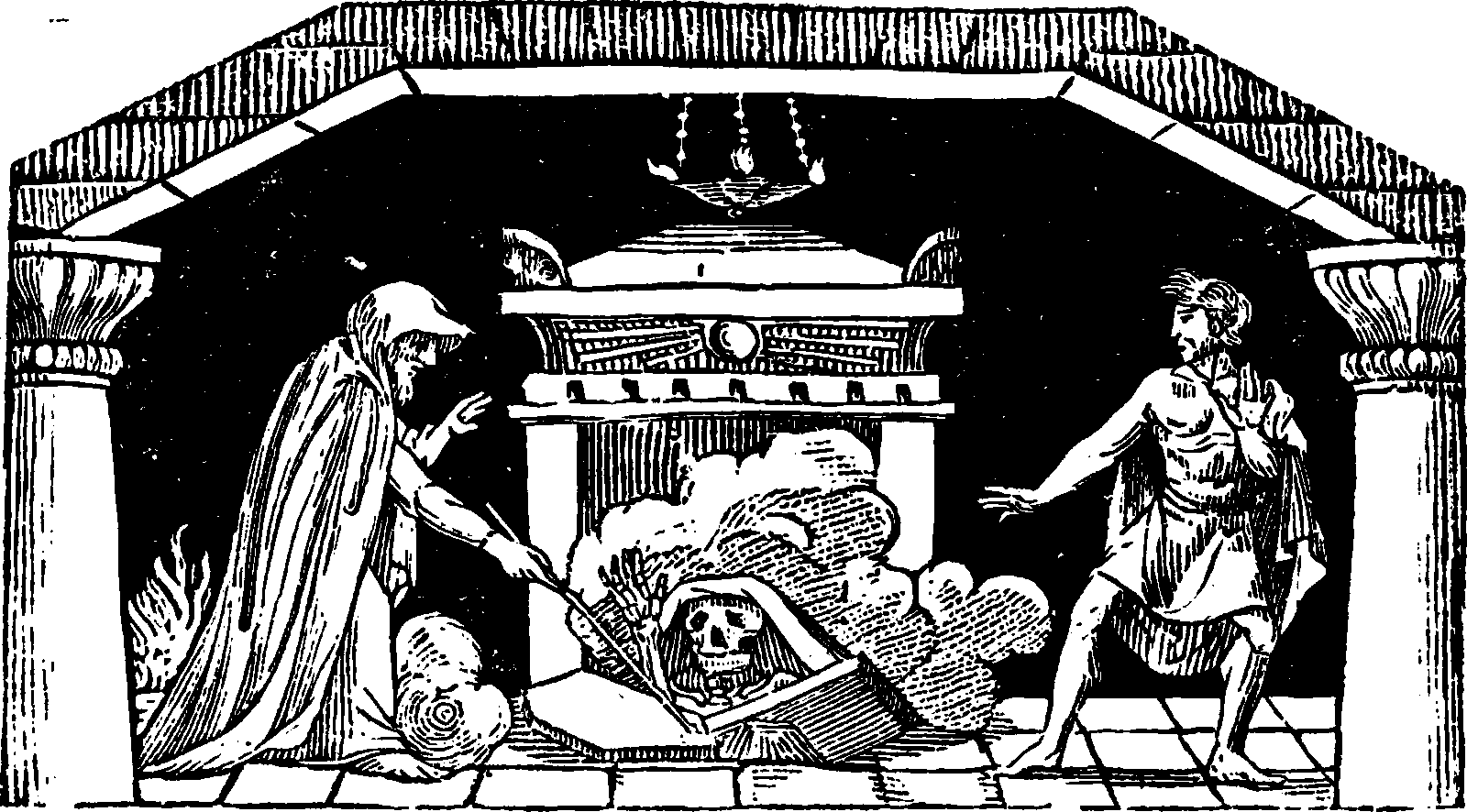 This one is very much of the moment, and is an interesting weaponized social media strategy. I should dump the many links here.

TBD: more discussion of the memetics of conspiracy theory.

Seeking news from traditional sources—newspapers and magazines—has been replaced with a new model: getting all of one’s news from trending stories on social networks. The people that we know best are most likely to influence us because we trust them. Their ideas and beliefs shape ours. And the tech behind social networks is built to enhance this […]

Once a user joins a single group on Facebook, the social network will suggest dozens of others on that topic, as well as groups focused on tangential topics that people with similar profiles also joined. That is smart business. However, with unchecked content, it means that once people join a single conspiracy-minded group, they are algorithmically routed to a plethora of others. Join an anti-vaccine group, and your suggestions will include anti-GMO, chemtrail watch, flat Earther (yes, really), and “curing cancer naturally” groups. Rather than pulling a user out of the rabbit hole, the recommendation engine pushes them further in. We are long past merely partisan filter bubbles and well into the realm of siloed communities that experience their own reality and operate with their own facts.

It is hip at the moment to consider the QAnon conspiracy network in particular in the context of collaborative games.

The digital architecture of Facebook groups is also particularly well-suited to QAnon’s collaborative construction of an alternative body of knowledge, Friedberg said. The platform has created a ready-made digital pathway from public pages to public groups to private groups and finally secret groups that mirrors the process of “falling down the rabbit hole or taking the red pill”.

There is a populist/popular collective horror story being written by a great many authors across the media landscape, according to Mike Hoye, writing on the gamification of conspiracy:

Hey, does anyone remember the tagline from the Majestic conspiracy game back in the day: “The Game Plays You”? Hold that thought.

You might have seen the argument from Adrian Hon recently, that the QAnon conspiracy theory is actually an ARG:

Theory: QAnon is popular partly because the act of “researching” it through obscure forums and videos and blog posts, though more time-consuming than watching TV, is actually more enjoyable because it’s an active process.

Game-like, even; or ARG-like, certainly.

… and I knew I’d seen an argument that general shape before, but I couldn’t remember where; the “bottomless ARG” idea, I mean. It hit me earlier this week, shortly before the phrase “Alien DNA and Demon Sperm” became a part of this year’s pantheon of nonsensical headline nightmares: that was C.S. Lewis’ description of occultism, and the occult in general.

Lewis saw occultism as a sort of psychological snare, a set of endlessly self-referential symbols of symbols of symbols with no ultimate referent, a bottomless rathole for the overcurious inquirer designed to perpetually confuse and distract the mind. Beaudrillard, incidentally -- creator of the term “hyperreal” -- saw modern finance, and particularly advertising, in the same light -- a set of self-referential symbols ultimately disconnected from reality, meaningful only in their own context, self-sustaining only to people trapped in that interlocking mesh.

[…] And with an audience already wound up in this unfiltered, overpopulated hyperreality-as-service, you barely need to do any work at all to kickstart the sort of amazing, self-sustaining paranoia-fulfillment engine that would have put the last few centuries’ foil-hatted quasi-mystic conspiriographists’ jaws right on the floor. All you need is enough people in rough proximity who feel frightened and powerless, a compelling seed crystal — the antivax fraud, the QAnon clownshow, a thousand others, it barely matters as long as it’s got a sharp hook — and this cancerous hyperculture machine pretty much bootstraps itself, making in-group celebrities out wannabe James Burkes pulling obscure facts together and drip-feeding the occasional five-like dopamine hit to the noobs explaining that you can’t spell “Rosicrucianist Aliens” without “Clintons”.

[…] So now thousands and thousands of people are participating, without realizing it, in a massively-distributed, collaborative occult ceremony, tying every scrap of fact and coincidence of the world together into this giant fractal-sefirot red-yarn serial-killer wall, drawing lines of imaginary digital salt from symbol to symbol to meaningless symbol, each utterly disconnected from anything more real than their own paranoid helplessness and fear.

Adrian Hon’s tweet, cited above, has been expanded into a blog post where he goes deep into some depth, especially about the gamification angle.

Kirby Ferguson’s The Return of Magic, via kottke is a document on these themes. Summarised: 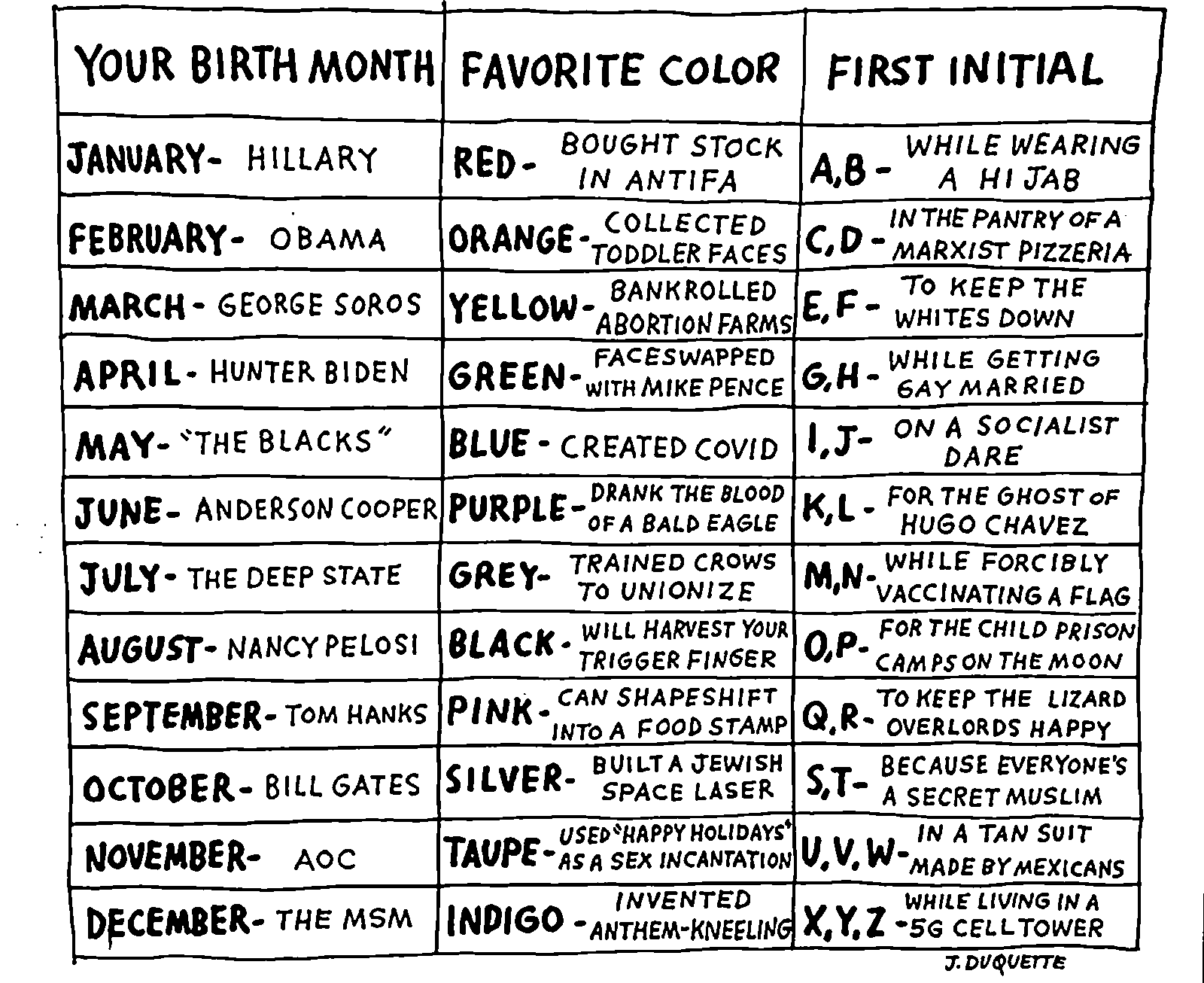 QAnon as a nexus, model and test case. Charlotte Alter/Kenosha, in TIME conspiracies in the 2020 election.

Brooke Harrington, Cooling out the marks—… works only when the marks perceive the coolers as members in good standing of the same reference groups..