Is there a recommended style guide for theses? Not formatting, but linguistic style? I’m presuming there must be one, or they would not generally be written so horribly. I would like to know where this gaggingly awful style is elucidated so that I may ape it and thereby adhere to the expectations of this noble institution that is the thesis, and also maybe work out what small freedoms I may have to write comprehensibly, interesting etc.

Scientific writing style is frequently terrible. In my undergraduate days I was enrolled in a linguistics program. The psycholinguistics section was all about stuff like quantifying how hard e.g. subordinate clauses are to process. We would doing that by e.g. measuring how people had to pause to understand it, or failed to remember it. And of course, the essays on these themes had to be written with subordinate clauses, and passive voice and various other things that we knew made our essay measurably harder to understand. Possibly because writing is just plain hard, harder in your second language (and scientists tend not to be writing in their mother language), and possibly because a shadowy conspiracy of lecturers aims to create demand for remunerated means of education delivery, such as lectures, where they explain well in person what they obfuscated in book. The academic elites would be, that is, in the pocket of Big Talk.

Or maybe possibly because your graduate committee feels they need to give you some feedback and if they do not understand the content of your writing then at least they might feel you could benefit from being told to talk more defensively pretentious. Can I do better (ie.e. more beautiful, more comprehensible) while still using enough appropriately roccoco status signifiers to get my work published? I am especially interested in good mathematical style, but academic style in general could be good to know.

Conflating these will lead to confusion since it it organisationally impossible to do them both at the same time in the current world we live in (although we could, nonetheless, bring them closer together and all be a little bit better off, I feel.)

Inger Mewburn hates conventional academic style and makes some clear arguments about it so that I do not have to.

Academic writing, as a genre, is ritualised, peculiar, archaic and does almost as much to hide knowledge as it does to share it. Mastering academic writing is just as much about signalling you are the member of an ‘in-group’ as it is about conveying ideas.

Don’t believe me? Look at how we use commas.

When you have too many commas you create hypotaxis: the use of clause after subordinate clause, which creates sentences of deeply satisfying complexity, that, even while you might get lost a little between the commas, reassure the reader that an academic of sober-minded, careful, disposition is tapping away at the keyboard crafting very, very polite sentences which, because of those glorious clauses and subordinate clauses, will make you feel like you’re eating dry toast. You’re on safe ground with all that hypotactic fun, believe me, because it’s impossible to be too enthusiastic, or too rude, about anything when you write this way. It’s no wonder, since academics love being passive aggressive (which, by the way, is the avoidance of directly saying what they think) that most ‘serious’ writing is full of it.

Thomas Basbøll counters Mewburn’s arguent about in-group signalling with some fo the virtues of a productive in-group:

This, then, is my advice to doctoral students and early career researchers. Spend some time looking for a group of people you like writing for and just go ahead and enjoy it for a few hours every week. (I recommend at least two and a half hours and at most fifteen.) This will all be happening within you, in your heart and mind, so you are in control of the moment. Keep the mood warm and collegial. Don’t spend a lot of time writing for readers you don’t like, or readers you fear, or don’t respect, or feel humiliated by. Spend most of your writing time among your peers. Enjoy their company.

If you write clearly, then your readers may understand your mathematics and conclude that it isn’t profound. Worse, a referee may find your errors. Here are some tips for avoiding these awful possibilities. 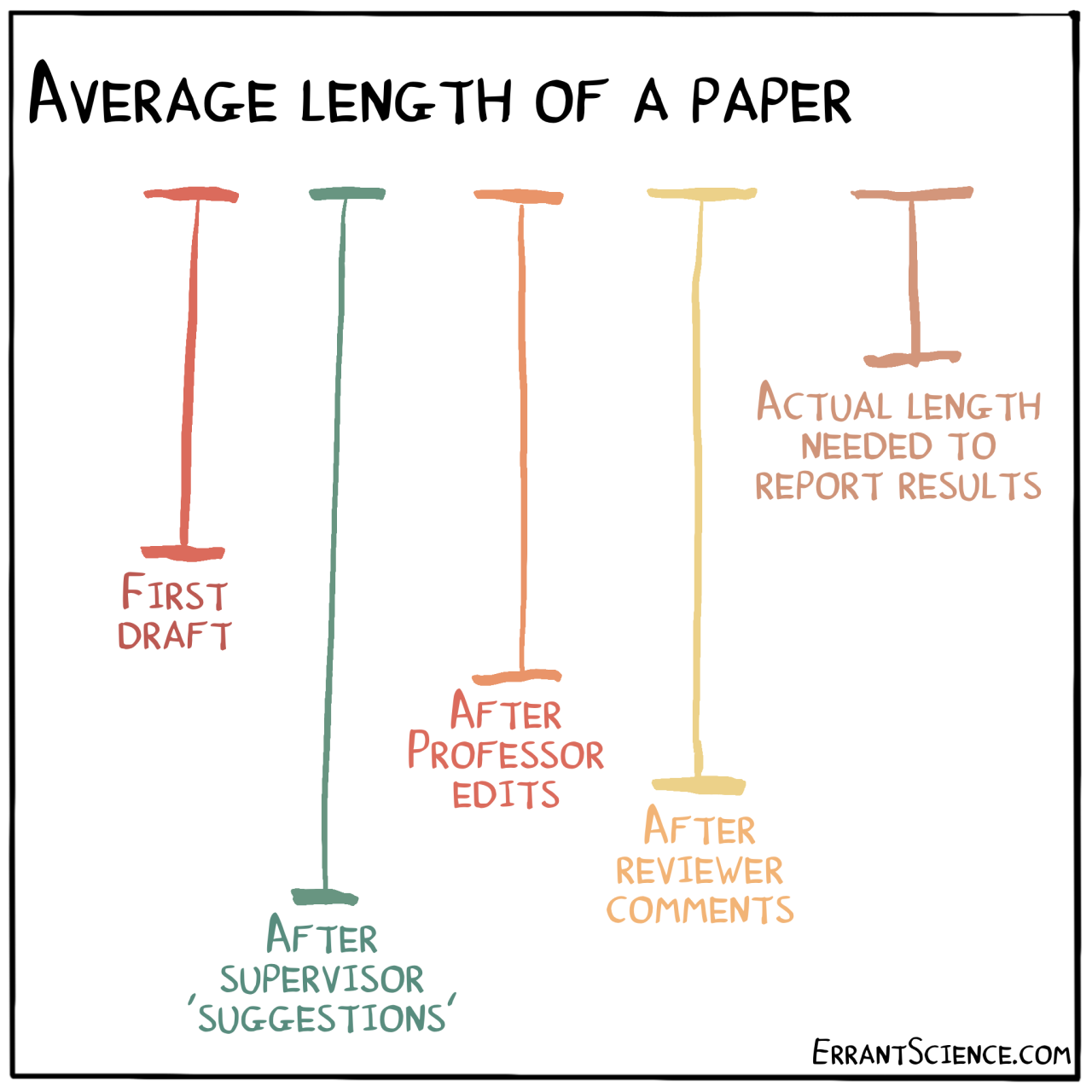 Dan Robitzski, This Grad Student Used a Neural Network to Write His Papers (although the student in question credits the poor standards of business school as the secret here rather than the amazing powers of GPT-2).

E.T. Jaynes channelled though Tom Leinster on the generous reading of mathematics. Some generosity of patience will be needed to weather his verbose style.

If you differentiate a function \(f(x)\) without first having stated that it is differentiable, you are accused of lack of rigor. If you note that your function \(f(x)\) has some special property natural to the application, you are accused of lack of generality. In other words, every statement you make will receive the discourteous interpretation.…

fanatical insistence on one particular form of precision and generality can be carried so far that it defeats its own purpose; 20th century mathematics often degenerates into an idle adversary game instead of a communication process.

The fanatic is not trying to understand your substantive message at all, but only trying to find fault with your style of presentation. He will strive to read nonsense into what you are saying, if he can possibly find any way of doing so. In self-defense, writers are obliged to concentrate their attention on every tiny, irrelevant, nit-picking detail of how things are said rather than on what is said. The length grows; the content shrinks.

Mathematical communication would be much more efficient and pleasant if we adopted a different attitude. For one who makes the courteous interpretation of what others write, the fact that \(x\) is introduced as a variable already implies that there is some set \(X\) of possible values. Why should it be necessary to repeat that incantation every time a variable is introduced, thus using up two symbols where one would do? (Indeed, the range of values is usually indicated more clearly at the point where it matters, by adding conditions such as \((0 <x < 1)\) after an equation.)

For a courteous reader, the fact that a writer differentiates \(f(x)\) twice already implies that he considers it twice differentiable; why should he be required to say everything twice?

[It is] likely that your writing was suffering from ‘vagueness’ – a constant problem in English. English-speaking readers (especially in an academic context) will only do a very small amount of work to figure out what you mean before they respond with confusion. […] A useful technique is to learn to read your work through the eyes of a kind of caricature of the low-context communication mode. You need to imagine a reader who is highly intelligent and logical, but who has no common sense and will fail to interpret any multiple meaning in the way you had intended.

I call my version of this the Commander Data Meditation […]

Nick Higham, Handbook of writing for the mathematical science has style and typographical tips.