Morsels of oddity from the depiction of human sexual behaviour Just a bookmark salad for now of things related to p0rn, such as, as Peter Watts argues, the universe itself.

Now, in my defense, everyone else is entirely wrong about why it is bad.

And parents who imagine porn-literacy courses like Fonte’s to be little more than crash courses in en vogue libertinism seem entirely unaware of how dire the stakes are. The risk isn’t that their children may be exposed to something “dirty” or politically incorrect, but that their children may well be exposed to things that are brutal, cruel, vicious, even genuinely criminal—the sort of material law-enforcement agents carefully train themselves to encounter—all without a sense of how to distinguish the authentically violent from that which only masquerades as such. If anything, courses like Fonte’s aren’t given nearly enough funding, time, or other resources to fully demonstrate just how onerous ethical porn use really is. Without that kind of guidance, how are teenagers supposed to have any idea how to be good people in the world we’ve created?

How are any of us, for that matter? 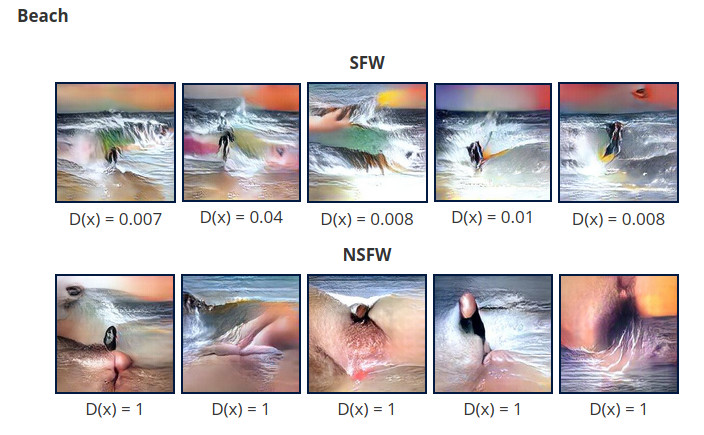 That is now difficult to find on the internet, presumably because Goh was looking for a job and it kept on bubbling up on the LinkedIn profile.

The show whose name I can never recall that was comics of imaginary fetishes, was Franscesc Ruiz’s House of Fun. From an interview:

IS: Some fetishes, such as “Cut” or “Fold”, relate directly to the world of drawing. In the latter cover image, a man with a long cock is being folded and unfolded, flattened into cardboard. It’s really apt for the bookshop.

FR: “fold” is one of the most important fetishes because of its relation to the act of printing and drawing. The figure is being flattened — and he loves it. This fetish of being flattened is a kind of visual bondage, which is bondage through drawing.

Do not draw a penis, explained by Mark Wilson:

The site is a pointed riff on Quick, Draw!. Google eventually made that dataset of 15 million images public, intending to make the drawings available for anyone to use. But as Moniker’s team notes, that dataset was missing one specific thing that people like to draw on the internet, and likely drew all over Quick, Draw!: Penises. “It is quite likely \[Google has\] a penis set. We know for a fact they chose not to include it in their release,” the team writes, with an enticing whiff of conspiracy and noting that “at least one Github thread discussing the missing controversial categories is closed.” It appears Google may have shut down the discussion about the missing penises in the data set. (I’ve reached out to Google to clarify and will update this post when I hear back.) With Do Not Draw a Penis, Moniker has taken it upon itself to supply the missing data. In fact, the studio describes its site as “an appendix to the Google Quickdraw data set.”