I get lost in all the options for parallel computing on the cheap. I summarise for myself here.

There are roadmaps here, e.g. the one by Cloud Native Computing foundation, Landscape. However, for me it exemplifies my precise problems with the industry, in that it mistakes an underexplained information deluge for actionable advice.

So, back to the old-skool: Lets find some specific things that work, implement solutions to the problems I have, and generalise as needed.

Fashion dictates this should be called “cloud” computing, although I’m also interested in using the same methods without a cloud, as such. In fact, I would prefer frictionless switching between such things according to debugging and processing power needs.

My emphasis is strictly on the cloud doing large data analyses and protoyping algorithms. I don’t care about serving web pages or streaming videos or whatever, or “deploying” anything. I’m a researcher, not an engineer.

In particular I mostly want to do embarrassingly parallel computation That is, I run many calculations/simulations with absolutely no shared state and aggregate them in some way at the end. This avoids much of graph computing complexity. UPDATE: Some of my stuff is deep learning now, which is not quite as straightforward.

Additional material to this theme under scientific computation workflow and stream processing. I might need to consider how to store my data. 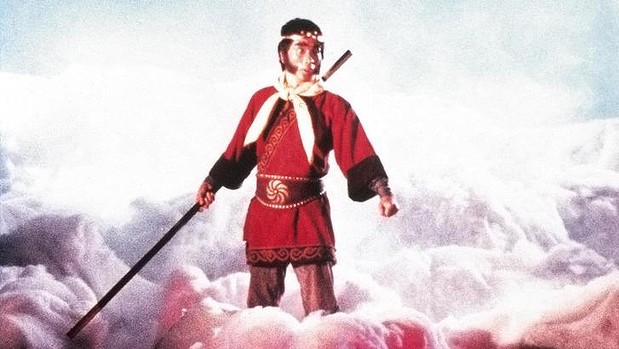 Algorithms, implementations thereof, and providers of parallel processing services are all coupled closely. Nonetheless I’ll try to draw a distinction between the three.

Since I am not a startup trying to do machine-learning on the cheap, but a grad student implementing algorithms, it’s essential what whatever I use can get me access “under the hood”; I can’t just hand in someone else’s library as my dissertation.

MLflow is an open source platform to manage the ML lifecycle, including experimentation, reproducibility and deployment.

Ray Does Ray fit in here? It does remote future execution and fancy dependency graphs. Is that nice? It sounds nice. USP:

tasks and actors use the same Ray API and are used the same way. This unification of parallel tasks and actors has important benefits, both for simplifying the use of Ray and for building powerful applications through composition.

By way of comparison, popular data processing systems such as Apache Hadoop and Apache Spark allow stateless tasks (functions with no side effects) to operate on immutable data. This assumption simplifies the overall system design and makes it easier for applications to reason about correctness.

However, shared mutable state is common in machine learning applications. That state could be the weights of a neural network, the state of a third-party simulator, or a representation of interactions with the physical world. Ray’s actor abstraction provides an intuitive way to define and manage mutable state in a thread-safe way.

What makes this especially powerful is the way that Ray unifies the actor abstraction with the task-parallel abstraction inheriting the benefits of both approaches. Ray uses an underlying dynamic task graph to implement both actors and stateless tasks in the same framework. As a consequence, these two abstractions are completely interoperable.

With data now being a primary asset for companies, executing large-scale compute jobs is critical to the business, but problematic from an operational standpoint. Scaling, monitoring, and managing compute clusters becomes a burden on each product team, slowing down iteration and subsequently product innovation. Moreover, these workflows often have complex data dependencies. Without platform abstraction, dependency management becomes untenable and makes collaboration and reuse across teams impossible.

Flyte’s mission is to increase development velocity for machine learning and data processing by abstracting this overhead. We make reliable, scalable, orchestrated compute a solved problem, allowing teams to focus on business logic rather than machines. Furthermore, we enable sharing and reuse across tenants so a problem only needs to be solved once. This is increasingly important as the lines between data and machine learning converge, including the roles of those who work on them.

All Flyte tasks and workflows have strongly typed inputs and outputs. This makes it possible to parameterize your workflows, have rich data lineage, and use cached versions of pre-computed artifacts. If, for example, you’re doing hyperparameter optimization, you can easily invoke different parameters with each run. Additionally, if the run invokes a task that was already computed from a previous execution, Flyte will smartly use the cached output, saving both time and money.

While you can get up and running with Airflow in just a few commands, the complete architecture has the following components:

SystemML created by IBM, now run by the Apache Foundation:

Tensorflow is the Google one, coming from the training of artificial neural networks, but having sprouted many cloud computation affordances. See my notes Listed here as a parallel option because it has some parallel support, especially on google' own infrastructure. C++/Python.

Dataflow/ Beam is google’s job handling as used in google cloud (see below), but they open-sourced this bit. Comparison with spark. The claim has been made that Beam subsumes Spark. It’s not clear how easy it is to make a cluster of these things, but it can also use Apache Spark for processing. Here’s an example using docker. Java only, for now. You can maybe plug it in to Tensorflow? 🤷‍♂

Turi (formerly Dato (formally Graphlab)) claims to automate much cloud stuff, using their own libraries, which are a little… opaque. (update - recently they opensourced a bunch so perhaps this has changed?) They have similar, but not identical, APIs to python’s scikit-learn. Their (open source) Tensorflow competitor mxnet claims to be the fastest thingy ever times whatever you said plus one.

…an open-source cluster computing framework originally developed in the AMPLab at UC Berkeley. […] By allowing user programs to load data into a cluster’s memory and query it repeatedly, Spark is well suited to machine learning algorithms.

Spark requires a cluster manager and a distributed storage system. […] Spark also supports a pseudo-distributed mode, usually used only for development or testing purposes, where distributed storage is not required and the local file system can be used instead; in the scenario, Spark is running on a single machine with one worker per CPU core.

Spark had over 465 contributors in 2014, making it the most active project in the Apache Software Foundation and among Big Data open source projects.

Sounds lavishly well-endowed with a community. Not an option for me, since the supercomputer I use has its own weird proprietary job management system. Although possibly I could set up temporary multiprocess clusters on our cluster? It does support python, for example.

It has in fact, confusingly many cluster modes:

By leveraging the primal-dual structure of these optimization problems, COCOA effectively combines partial results from local computation while avoiding conflict with updates simultaneously computed on other machines. In each round, COCOA employs steps of an arbitrary dual optimization method on the local data on each machine, in parallel. A single update vector is then communicated to the master node.

Spark integrates with scikit-learn via spark-sklearn:

This package distributes simple tasks like grid-search cross-validation. It does not distribute individual learning algorithms (unlike Spark MLlib).

i.e. this one is for when your data fits in memory, but the optimisation over hyperparameters needs to be parallelised.

Thunder does time series and image analysis - seems to be a python/spark gig specialising in certain operations but at scale:

Spatial and temporal data is all around us, whether images from satellites or time series from electronic or biological sensors. These kinds of data are also the bread and butter of neuroscience. Almost all raw neural data consists of electrophysiological time series, or time-varying images of fluorescence or resonance.

Thunder is a library for analyzing large spatial and temporal data. Its core components are:

It is built on top of the Spark distributed computing platform.

Not clear how easy it is to extend to more advanced operations.

dispy (HT cpill) seems to be a python solution in this area if you have a mess of machines lying around to borrow.

dispy is a comprehensive, yet easy to use framework for creating and using compute clusters to execute computations in parallel across multiple processors in a single machine (SMP), among many machines in a cluster, grid or cloud. dispy is well suited for data parallel (SIMD) paradigm where a computation (Python function or standalone program) is evaluated with different (large) datasets independently with no communication among computation tasks (except for computation tasks sending Provisional/Intermediate Results or Transferring Files to the client

Tessera is a map-reduce library for R:

The Tessera computational environment is powered by a statistical approach, Divide and Recombine. At the front end, the analyst programs in R. At the back end is a distributed parallel computational environment such as Hadoop. In between are three Tessera packages: datadr, Trelliscope, and RHIPE. These packages enable the data scientist to communicate with the back end with simple R commands.

Thrill is a C++ framework for distributed Big Data batch computations on a cluster of machines. It is currently being designed and developed as a research project at Karlsruhe Institute of Technology and is in early testing.

Some of the main goals for the design are:

Dataiku is some kind of enterprise-happy exploratory data analytics swiss army knife thing that deploys jobs to other people’s clouds for you. Pricing and actual feature set unclear because someone let the breathless marketing people do word salat infographic fingerpainting all over the website.

cloud, the (n) – Servers. A way to keep more of your data off your computer and in the hands of big tech, where it can be monetized in ways you don’t understand but may have agreed to when you clicked on the Terms of Service. Usually located in a city or town whose elected officials exchanged tens of millions of dollars in tax breaks for seven full-time security guard jobs.

If you want a GPU this all becomes incredibly tedious. Anyway…

See also the overlapping section on build tools for some other pipelining tool with less concurrency focus.

Ipython spawning overview. ipyparallel is the built-in jupyter option with less pluggability but much ease.

joblib is a simple python scientific computing library with basis mapreduce and some nice caching that integrate well. Not fancy, but super easy, which is what an academic usually wants, since fancy woudl imply we have a personnel budget.

dask.distributed is a similar project which expands slightly on joblib to handle networked computer clusters and also does load management even without a cluster. In fact it integrates with joblib.

pathos is one general tool here. Looks a little… sedate… in development. Looks more powerful than joblib in principle, but joblib actually ships.

You could also launch spark jobs.

(To work out - should I be listing Docker container images instead? Much hipper, seems less tedious.)

Singularity provides a single universal on-ramp from the laptop, to HPC, to cloud.

Users of singularity can build applications on their desktops and run hundreds or thousands of instances—without change—on any public cloud.

Released in 2016, Singularity is an open source-based container platform designed for scientific and high-performance computing (HPC) environments. Used by more than 25,000 top academic, government, and enterprise users, Singularity is installed on more than 3 million cores and trusted to run over a million jobs each day.

In addition to enabling greater control over the IT environment, Singularity also supports Bring Your Own Environment (BYOE)—where entire Singularity environments can be transported between computational resources (e.g., users’ PCs) with reproducibility.

It is less fancy, but NVIDIA provides GPU images with all their crap pre-downloaded and licences pre-approved.