Services which run without a server; Peer-to-peer (“P2P”) services. When you combine P2P services with P2P networks you have the internet for the post-industrial surveillance world.

What follows are some miscellaneous peer-to-peer/friend-to-friend/federated forms/self-hosted services for people who worry that their favourite online service might be politically censored by state or corporate manipulation or just dickheads.

Perhaps you want communications to function without a single point of failure. Or maybe you just freedom from centralised surveillance of your social connections. Presumably most of us would like those things to some extent. The question is if we wish to pay the various convenience costs of not using a corporate-backed state-approved product.

Ideally I’d like to find robust ways of participating in the internet bidirectionally, in non-real-time, without assuming the internet is plugged in and working, and without requiring all participants be massive geeks.

Related: the unidirectional offline internet and sneakernets, and low bandwidth hacks, DIY internet infrastructure. Note that chat clients, social media and file syncing are covered elsewhere, which biases what remains. If you want to do this truly securely, a hardened os might be advisable.

Contrast self-hosted, federated and P2P options. By “self hosted” I mean when I run your own server for my own stuff. In federated systems there are still servers, but anyone can run one for a community and these community servers collaborate for some kind of global coverage. In P2P every client is also a server, and therefore everyone is peers. Further taxonomising is uninteresting for my current purpose.

Pro tip: some of these options can be made easier to set up if one used a VPN from the house, maybe even a cheeky mesh-vpn system like tailscale.

There seem to be two priorities that developers bring to making peer-to-peer networks.

You run an app on your computer which finds peers on the internet somehow, and does something with those peers. The most famous example is probably BitTorrent (for downloading and verifying data), or the Bitcoin blockchain (for arranging financial transactions).

I have not much to say here, except to note that because the bittorrent protocol is penalised and blocked in many places, it benefits from an integrated VPN. docker-transmission-openvpn is one elegant solution for that.

radicle is a serverless setup for git, which is already a peer-to-peer system as far as source code management goes — but sometimes you want to coordinate with a few more affordances.

They have a kind of git GUI called upstream. Currently, like many decentralised apps they have a weird permissions model, where everything is public, which is a weird kind of cryptographic security. (“ah-HAH

Bisq is a decentralised network for currency exchange via bitcoins.

Openbazaar is a decentralised network for selling anything, including currency.

Beaker is based on the dat protocol for data sharing. It sounds like zeronet but a bit less shaky, if still not actually well designed for real use cases.

Create and fork websites directly from your computer. You control your data. No blockchain required.

They also have pointed blockchain-mania snark:

We quickly ruled out the blockchain variants (Bitcoin, Ethereum, Namecoin) as the core network model of Beaker for the following reasons:

Rhetorical entertainment value aside, whilst I do find this model elegant, it works, for now, only for rich nerds with desktop computers and time to replace their nice corporatised internet with an ugly experimental broken DIY internet. It doesn’t work on smartphones, so the people with the most tenuous internet will not use it and it will not take over the world. I don’t think the founders would claim otherwise; they are all about proof-of-concept. Perhaps some future iteration might change stuff?

update has this been absorbed into the hypercore thing?

The minimal viable sorta-decentralised anything, magic wormhole simply transfers a file from one machine to another, via magic passphrase (which must be transferred separately e.g. by encrypted chat)

Elegant, no? Tragically it doesn’t yet work on mobile platforms, only desktop.

A messaging client built as the flagship app of the Bridgefy mesh network, about which I know little except that it doesn’t require the internet, using a P2P system over bluetooth.

Bugout by Chris Mccormick is a miniature decentralised web proof-of-concept based purely in the browser.

Build back-end web services that run in a browser tab.

This is fostering a little ecosystem including rpi bugout boxes.

Classic unix maildrop distributed syncing via UUCP is having a resurgence. See the Dataforge UUCP for some of that.

The whole internet is terrible! Let us make one that is less terrible! There is a collective action problem in getting people to switch to such networks, which anyone who has tried to persuade peers not to facebook them will appreciate. There is also an incentive problem in getting people to contribute resources; So if you are using a distributed anonymous system then presumably everyone is storing chunks of other people’s data. How do you incentivise that? Some kind of verification that you are pulling your weight? Some kind of blockchain?

Idk. Robin Sloan turns some good phrases though: “Tokenize all the things”, ”universe of wallets”.

The Dat protocol has pivoted to some new protocol now called Hypercore Protocol. I do not know much abou this yet. Hacker news argues about this: Hypercore protocol: a distributed (P2P) append-only log.

This project claims to be building an actual decentralised, internet-collapse-ready web-replacement, by getting us to all store files for one another. Still geeky and badly explained, but an actual ecosystem is reportedly growing around it with ties to the blockchain community. The latter is due I suppose to the “complementary” protocol filecoin, a blockchain incentivisation scheme for storing files. The Infuria intro is helpfully concrete.

The IPFS rationale is

The average lifespan of a web page is 100 days. Remember GeoCities? The web doesn’t anymore. It’s not good enough for the primary medium of our era to be so fragile.

IPFS keeps every version of your files and makes it simple to set up resilient networks for mirroring of data.

Developing world. Offline. Natural disasters. Intermittent connections. All trivial compared to interplanetary networking. The networks we’re using are so 20th Century. We can do better.

IPFS powers the creation of diversely resilient networks which enable persistent availability with or without Internet backbone connectivity.

One interesting service is the decentralised databases such as orbitdb.

If I were trying to publish my blog on IPFS I would read this guide, the appropriate example the ipscend manual. I would set up an address using name services using IPNS.

Peergos is a user-friendly file sync service based on IPFS that aspires to be a low-key social network. Maybe this is a good idea? See DIY socials.

The client software comes is desktop and Command-line flavours. Plus there is also ipfs-companion: Browser extension that simplifies access to IPFS resources on the web which will work with either. go-ipfs will mount distributed IPFS resources as a local FS.

So, would I actually do this? I did for a bit. But I do not actually have any IPFS services that I use so I was gaining nothing from it, while at the same time it was absolutely mincing my battery, taking hours off the battery life with the heavy CPU demands. Maybe I would try it if I had a desktop machine that I was not relying on battery for? It feels like a difficult value proposition here; It would be more compelling if there were more people using it, but it is hard to get that critical mass while it is mostly smashing your battery so you can LARP as a 733+ haX0Rz doing s3kr!t stuff.

Cjdns implements an encrypted IPv6 network using public-key cryptography for address allocation and a distributed hash table for routing. This provides near-zero-configuration networking, and prevents many of the security and scalability issues that plague existing networks.

There are many shambolic features of this system, including important onboarding websites mentioned in the documentation vanishing from the internet. Is this system so very good that all its users are leaving the public web behind and do not need the rest of us? Or is it just badly administered? Also the security model seems startling:

…Once your node is running, you’re now a newly minted IPv6 host. Your operating system may automatically reconfigure network services to use this new address. If this is not what you intend, you should check to see that you are not offering more services than you intended to. ;)

I was not aware ;) was the international symbol for putting blackhat bullseye on my laptop. So the default configuration is the set up your machine as a naked node on the uncensorable darknet. I’m pretty sure this project is not for humans, since you must now be a firewall expert too it seems, and enjoy securing IPv6 services.

Anyway, if I understand correctly, unlike IPFS which is a application protocol, this is a new network layer which leaves you serving the old app protocols via some lower level p2p network protocol except to Macedonian teen hackers. I’m not saying this is useless, but the onboarding looks rough, unless you have Macedonian teen hacker friends.

I am not convinced yet by this promise purely because there were too many buzzwords at once and I am grumpy today. Judge for yourself, though.

How does it work?

This bittorrent thing sounds practically identical to the dat one although presumably with some protocol differences that us user schlubs don’t care about.

I2P is an anonymous network built on top of the internet. It allows users to create and access content and build online communities on a network that is both distributed and dynamic. It is intended to protect communication and resist monitoring by third parties such as ISPs.

It seems somewhat Tor-like but with less interest in proxying to the normal internet, rather funnelling you into local distributed services of some kind…?

Freenet aims to be a peer data storage layer that you can build services on.

Freenet can be thought of as a large storage device. When you store a file in it, you receive a key which can be used to retrieve the file. When you supply Freenet with a key, it returns the appropriate file (if it is located). The storage space is distributed among all connected nodes on Freenet.

Freenet is a peer-to-peer network which is both decentralized and anonymized. The nodes that you connect to only know their nearest neighbours and have no idea about how the network as a whole is structured.

Imagine Facebook, Whatsapp, Gmail and Skype rolled into one, without the centralized surveillance and control. Crazy? Well, it hasn’t been tried before, at least not our way. So let’s give it a try.

secushare employs GNUnet for end-to-end encryption and anonymizing mesh routing (because it has a more suitable architecture than Tor or I2P) and applies PSYC on top (because it performs better than XMPP, JSON or OStatus) to create a distributed social graph. Together, these technologies allow for distributed private social networking including more straightforward and secure e-mail, chat, exchange of content and a private web. It could even work out as a safer choice for the Internet of Things.

I’m not clear if they’ve shipped an actual product or not. 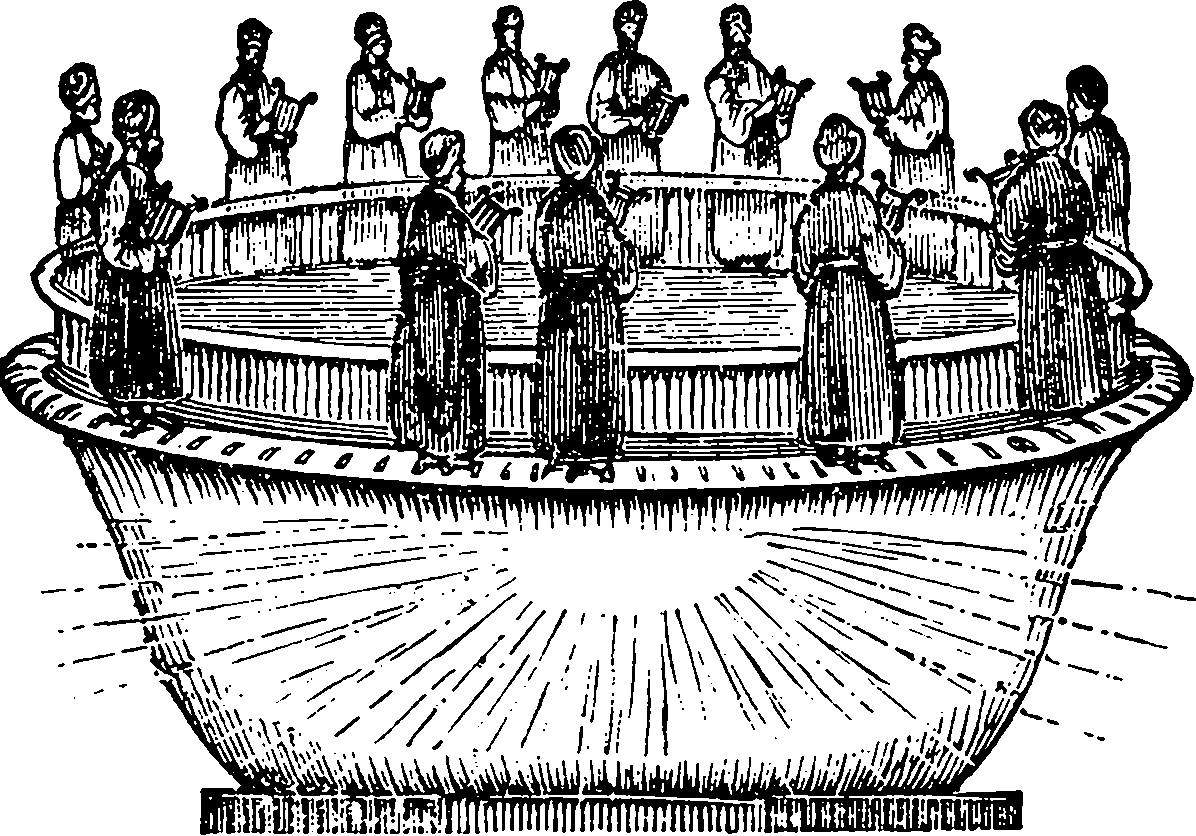 LBRY differs from the status quo in three big ways: