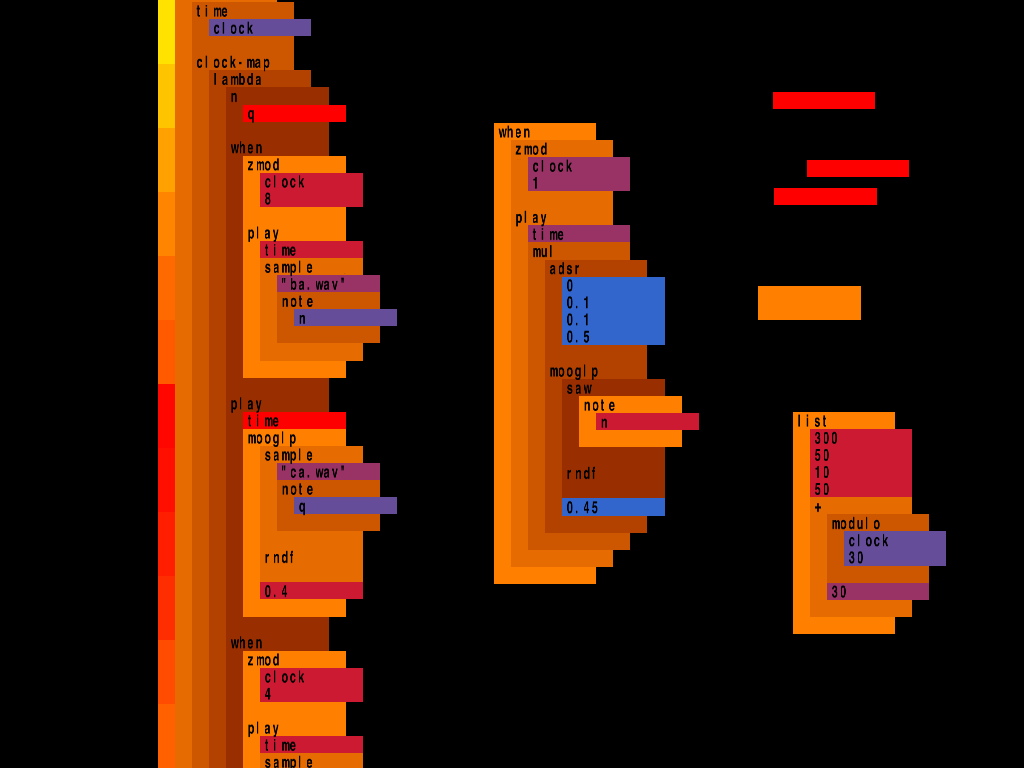 Parentheses as the beauty curve. The renewed fascination with elegant functional languages. Elegance in execution. The se