It is difficult to distinguish all the different linux distros. Have you ever tried to work out what a new one is from its inscrutable web page? What is the unique selling point of each? Why Ubuntu? Will Fedora make me fat? Does Budgie match my complexion?

The best most of the distros do is tell you about some obscure relationship to some other distro that you also do not know much about. From this you learn that the linux family tree include fractal divisions and sub-sub-subdivisions into different families and sub families, but they do not talk to each other on family holidays.

The only logical way to deal with this is to simplify the taxonomy by relating each distro to something more familiar. I am familiar with bikes. So here we go.

You saw Ubuntu advertised in a glossy magazine ad, and ordered it.

The bike arrives. It is magenta. It has three brake levers and four gear shifters and two drivetrains, all from different manufacturers. That must be useful, you suppose, or why would they have made it this way? Geez, it does seem pretty heavy.

It’s the same make of bike as Ubuntu, but there is a leaflet explaining that it is much cooler actually. You don’t know about that, but it is nice that they have a normal number of gears and brakes, and the paint-job is a bit less eyeball-scraping, for sure. It would be nice if the included manual were for this bike instead of the Ubuntu one.

Debian is the same make of bike as Ubuntu, but upon opening the box you find it has no wheels. Instead, there is a note inside explaining that they ship the bike without wheels in order to protect your freedom to choose your own wheels.

You inherited this RHEL bike from your grandfather. He rode it to school when his family was too poor to afford a new-fangled motor car. It is still perfectly good. It might not look great but you can always fancy it up with a lick of paint. There is some left over house paint in the shed, why not use that? So what if they don’t make modern parts for it and you need a welding machine for basic repairs? They don’t make ’em like this any more.

A bicycle which claims to have 35 speeds, but looking at it, seems to be a fixie. Except… it has two gear shifters, attached to nothing. Every time you flick the gear shifter on the right hand side, the entire drivetrain vanishes and is replaced by a new drivetrain with different-sized gears. If you flick the shifter on the left side, it changes the make of the bicycle, clicking through different models, frames and wheels. In some settings, the wheels are hexagonal for no adequately-explained reason.

Your MX Linux bike arrives. It’s a perfectly ordinary mid-range bike, although it comes pre-decorated with Antifa stickers for some reason.

You order the bike online. When you wake the next morning a glossy black bike is waiting there, fully assembled, in your bedroom. You heard nothing. …Is it looking at you?

This simple little fixie is surprisingly serviceable, and seems both robust and safe. It has a weird paint-job that seamlessly camouflages it against whatever background you leave it in front of. After a while, you lose it.

You order a bike. A box arrives full of bike parts.

You order a bike. A box arrives full of design files to 3D print bike parts.

Wow, this bike is a real slow, heavy, overengineered monster. So unwieldy! It takes ages long to get up to speed! And so long to stop! In fact, when riding it one day you fail to stop at the intersection and get T-boned by a passing sedan, dying instantly. However, then you respawn, completely unharmed, 50 metres before the intersection, and get to try again. 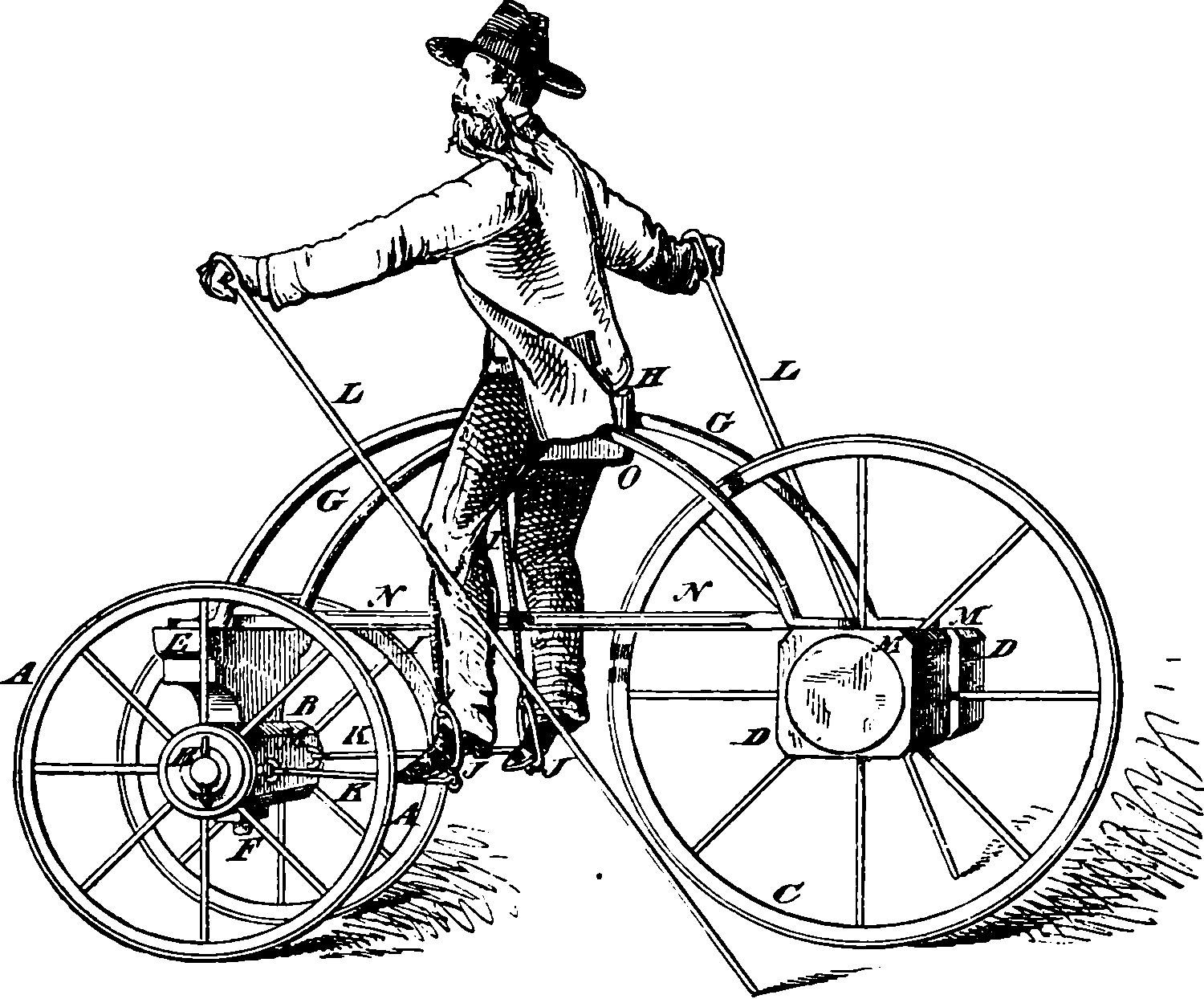 This is priceless.
Reply to dura1198