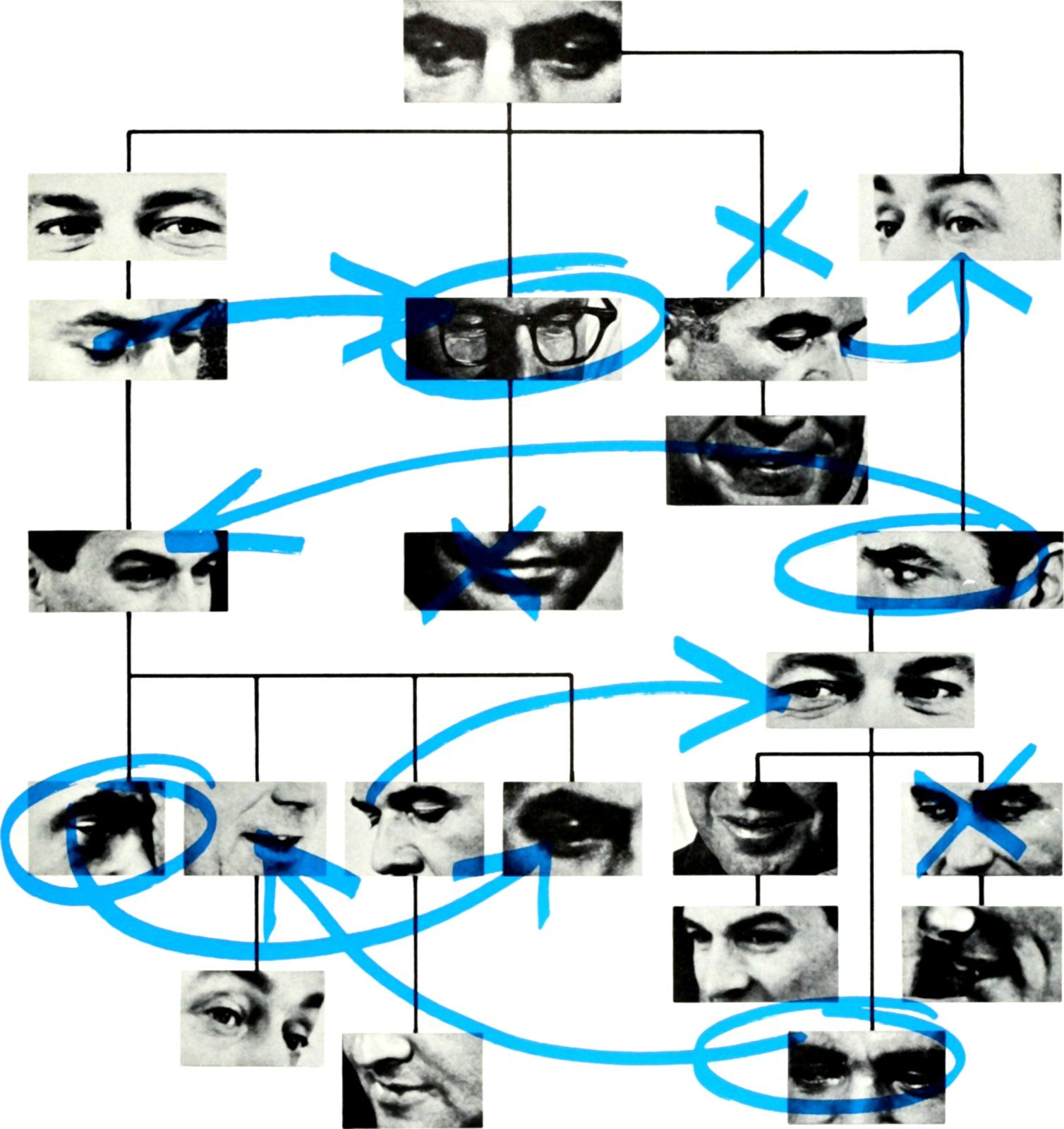 Big data, pre-existing conditions, the pan*icon, and the messy politics of monetising the confidential information of the masses for the benefit of the powerful. This is mostly opinion pieces; for practical info see Confidentiality, a guide to having it. Social surveillance as the new pollution.

Report: How thousands of companies monitor, analyze, and influence the lives of billions. Who are the main players in today’s digital tracking? What can they infer from our purchases, phone calls, web searches, and Facebook likes? How do online platforms, tech companies, and data brokers collect, trade, and make use of personal data?

Jathan Sadowski Draining the Risk Pool on the bloody edge the insurers have in this.

Back in 2002, legal scholars Tom Baker and Jonathan Simon argued that “within a regime of liberal governance, insurance is one of the greatest sources of regulatory authority over private life.” The industry’s ability to record, analyze, discipline, and punish people may in some instances surpass the power of government agencies. Jump nearly two decades in the future and insurance companies’ powers have only grown. As insurers embrace the whole suite of “smart” systems … — networked devices, digital platforms, data extraction, algorithmic analysis — they are now able to intensify those practices and implement new techniques, imposing more direct pressure on private lives.

TBD: discuss this connection with model fairness, and the utilitarian trade-offs of having hyper-fit people with good genes get and no need for privacy having affordable insurance, and people with private lives, meth habits and cancer genes being in the same “too expensive” box.

Rob Horning, The house we live in analyses the ecology of platform surveillance, trust and reciprocity.

Platforms don’t want to build trust; they want to monopolize it. The whole point is to allow for encounters that don’t require interpersonal trust, because platforms support an infrastructure that makes trust irrelevant. Platforms posit human behavior not as contingent and relational but individuated, behavioristic, and predictable. All you need is to collect data about people; this is sufficient to control and contain their interactions with each other in the aggregate over time. […]

It is in a platform’s interest that people find they can’t get along, can’t communicate, can’t resolve their issues. This strengthens their demand for a third-party mediator. So a platform will do what it can to make its rating systems put parties at cross-purposes.'

Eric Limer, Here’s a Chilling Glimpse of the Privacy-Free Future:

Microsoft is able to index people and things in a room in real time. What that means, practically, is that if you can point a camera at it, you can search it. […]

Once you can identify people and objects by feeding the computers images of Bob and jackhammers so they can learn what each of those things look like, you can start applying a framework of rules and triggers on top of the real world. Only [Certified Employees] can carry the [Jackhammer] and [Bob] is a [Certified Employee] so [Bob] is allowed to carry the [Jackhammer]. The limits to what kind of rules you can make are effectively arbitrary. […]

The privacy implications, which Microsoft didn’t venture to mention on stage, are chilling even in a hospital or factory floor or other workplace. Yes, systems like this could ensure no patient collapses on a floor out of sight or that new hires aren’t juggling chainsaws for fun. But it also would make it trivial to pull up statistics on how any employee spends her day—down to the second. Even if it is ostensibly about efficiency, this sort of data can betray all sorts of private information like health conditions or employees interpersonal relationships, all that with incredible precision and at a push of a button. And if the system’s not secure from outside snooping? […]

Chris Tucchio, Why you can’t have privacy on the internet:

A special case of fraud which also relates to the problem of paying for services with advertising is display network fraud. Here’s how it works. I run “My Cool Awesome Website About Celebrities”, and engage in all the trappings of a legitimate website — creating content, hiring editors, etc. Then I pay some kids in Ukraine to build bots that browse the site and click the ads. Instant money, at the expense of the advertisers. To prevent this, the ad network demands the ability to spy on users in order to distinguish between bots and humans. 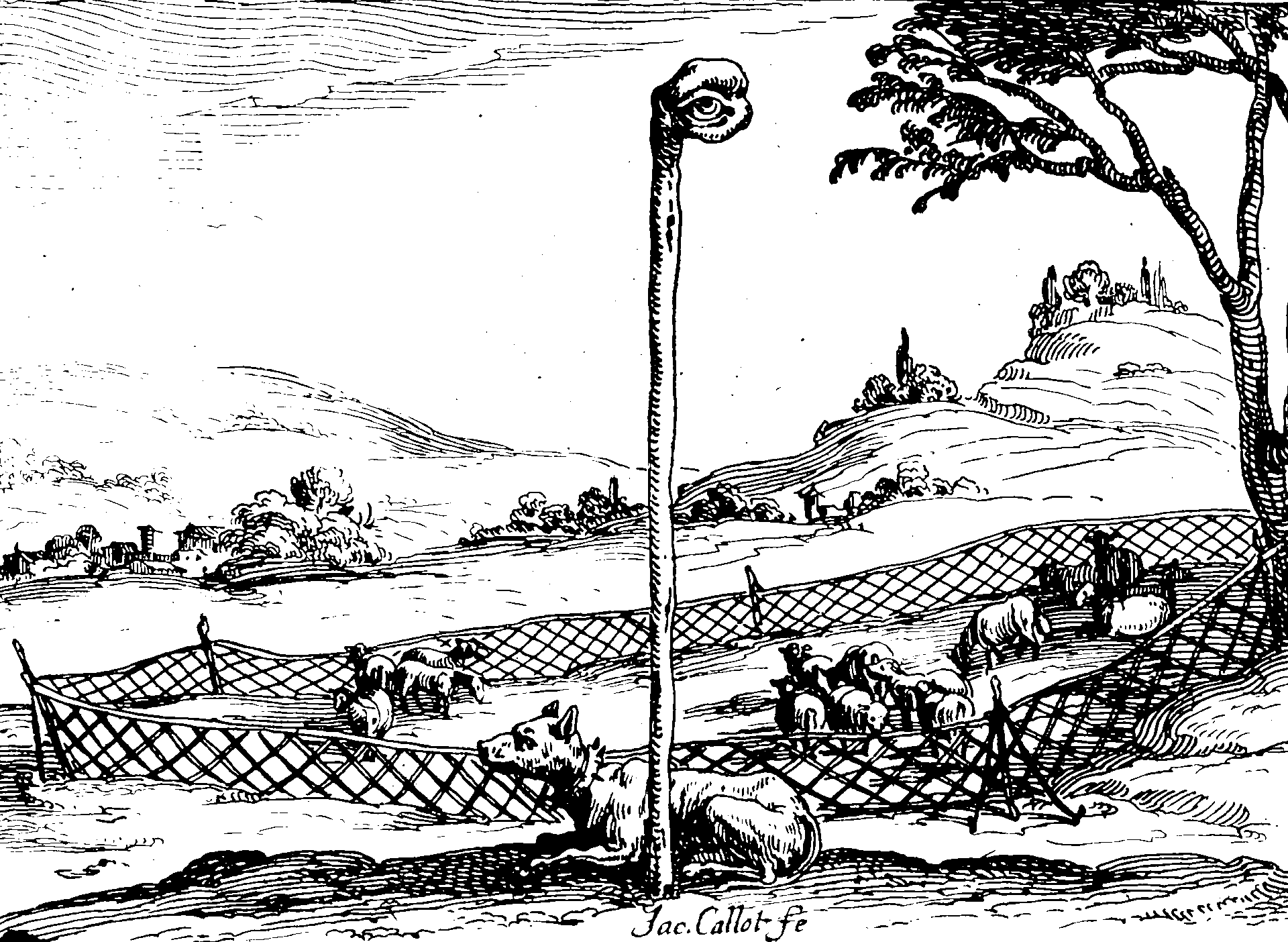 Can you even get off facebook without getting all your friends off it?

Connections like these seem inexplicable if you assume Facebook only knows what you’ve told it about yourself. They’re less mysterious if you know about the other file Facebook keeps on you—one that you can’t see or control.

Behind the Facebook profile you’ve built for yourself is another one, a shadow profile, built from the inboxes and smartphones of other Facebook users. Contact information you’ve never given the network gets associated with your account, making it easier for Facebook to more completely map your social connections.

Meaning, that if you posted something like, “I just HATE my boss. He drives me NUTS,” and at the last minute demurred and wrote something like, “Man, work is crazy right now,” Facebook still knows what you typed before you hit delete.

For a newer and poetic backgrounder on this kind of stuff, read Amanda K. Green on Data Sweat, a.k.a. Digital exhaust.

This diffuse, somewhat enigmatic subset of the digital footprint is composed primarily of metadata about seemingly minor and passive online interactions. As Viktor Mayer-Schönberger and Kenneth Cukier write, it includes “where [users] click, how long they look at a page, where the mouse-cursor hovers, what they type, and more.” While at first glance this type of data may appear divorced from our interior, personal lives, it is actually profoundly embodied in even deeper ways than many of the things we intentionally publish — it is inadvertently “shed as a byproduct of peoples’ actions and movements in the world,” as opposed to being intentionally broadcast.

In other words, digital exhaust is shaped by unconscious, embodied affects — the lethargy of depression seeping into slow cursor movements, frustration in rapid swipes past repeated advertisements, or a brief moment of pleasure spent lingering over a striking image.

Or, more concretely, Camilla Cannon on the vocal surveillance in the call centre industry:

But vocal-tone-analysis systems claim to move beyond words to the emotional quality of the customer-agent interaction itself.

It has long been a management goal to rationalize and exploit this relationship, and extract a kind of affective surplus. In The Managed Heart, sociologist Arlie Hochschild described this quest as “the commercialization of human feeling,” documenting how “emotional labor” is demanded from employees and the toll that demand takes on them. Sometimes also referred to as the “smile economy,” this quintessentially American demand for unwavering friendliness, deference, and self-imposed tone regulation from workers is rooted in an almost religious conviction that positive experiences are a customer’s inalienable right.

The Trust Engineers is a chin-stroking public radio show about how Facebook researches people. If you project it forward 10 years, this should evoke pants-shitting grade dystopia, when epistemic communities are manufactured to order by an unaccountable corporation in the interests of whomever.

When we tell people to get off the platform, we recast a political issue as a willpower issue.

Left field and pretty, Listening back is a chrome extension that turns the cookies your websites use to track you into a weird symphony.

Do You Want to Know a Secret, by Dorothy Gambrell

Somewhere between lawlessness and a Stasi reign of terror there might exist a sustainable respect of citizen privacy by the state. Are we having the discourse we need at the moment to discover that?

For practical info see Confidentiality, a guide to having it.

presents an AI Global Surveillance (AIGS) Index—representing one of the first research efforts of its kind. The index compiles empirical data on AI surveillance use for 176 countries around the world.

Keli Gabinelli, Digital alarm systems increase homeowners’ sense of security by fomenting fear argues that our peer surveillance systems may not police the norms we would like them to:

Fear — mediated and regulated through moral norms — acts as a “cultural metaphor to express claims, concerns, values, moral outrage, and condemnation,” argues sociologist and contemporary fear theorist Frank Furedi. We process fear through a prevailing system of meaning that mediates and informs people about what is expected of them when confronted with a threat. It also poses a threat in and of itself, where simply feeling fear, or feeling insecure, equates to threat and insecurity. Ring, then, is a performative strategy to manage fears related to this sense of vulnerability. Despite posing itself as a tool to “bring communities together to create safer neighborhoods,” it offers hardly any concrete opportunities to connect and bridge those divisions through anything but increased fear. Anonymous neighbors sit behind a screen with their own personal sets of anxieties, and map those beliefs onto common enemies defined by structural prejudices, siloing themselves into a worldview that conveniently attends to their own biases.

When police partner with Ring, they are required to promote its products, and to allow Ring to approve everything they say about the company. In exchange, they get access to Ring’s Law Enforcement Neighborhood Portal, an interactive map that allows police to request camera footage directly from residents without obtaining a warrant.

Robin Hanson’s hypocralypse is a characteristically nice rebranding of affective computing. This considers that surveillance-as-transparency might a be problem between peers also, as opposed to classic asymmetrical problem of the elites monitoring the proles.

within a few decades, we may see something of a “hypocrisy apocalypse”, or “hypocralypse”, wherein familiar ways to manage hypocrisy become no longer feasible, and collide with common norms, rules, and laws. […]

Masked feelings also helps us avoid conflict with rivals at work and in other social circles. […] Tech that unmasks feelings threatens to weaken the protections that masked feelings provide. That big guy in a rowdy bar may use new tech to see that everyone else there can see that you despise him, and take offense. You bosses might see your disrespect for them, or your skepticism regarding their new initiatives. Your church could see that you aren’t feeling very religious at church service. Your school and nation might see that your pledge of allegiance was not heart-felt.

This kind of thing is tricky. How do you stop friends with crappy privacy hygiene? Privacy is a weakest-link kind of concept, and as long as Facebook can rely on a reasonable fraction of the population voluntarily and unconsciously selling the rest out, we are all compromised. I know that everything I do in front of my aforementioned friend will be obediently tagged and put on public display for the use of not only facebook but any passing mobster, data miner or insurance company. The thing is, it is not sufficient if privacy-violating companies are able to get away with it if in principle experts could avoid some of the pitfalls; Social media is a habit-forming drug that potentially transmits ailments such as credit-score-risk, misinformation and confidential data breaches.

Is it consistence particularly consistence stance to regulate, say, alcohol tobacco and gambling but not social media usage?

This is leaving aside the question of companies who sell your information no matter what you do) or government-business alliances that accidentally leak your information.

Anyway, with blame for the abuse appropriately apportioned to the predators, let’s get back to what we, the victims, can do by taking what responsibility is available to us to take, for all that it should not be required of us.