Ubuntu on the Razer blade

On my longest experiment with linux laptops, a late-2016 Razer Blade 15". Although Razer has generally linux-compatible components in their laptops, the company does not seem particularly linux-friendly. There is a Linux support forum, but it’s depressingly full of many people having similar problems at each other. tl;dr you need to dual-boot windows to get firmware updates. Now that there are thunderbolt 3 GPU enclosures around, I would probably not bother with this headache of a GPU laptop next time (which is kind of the whole Razer thing). Rather I would buy an officially-supported linux laptop for my research needs, because my time is short.

Install the dorky keyboard drivers and the dorky GUI, polychromatic.

This is reasonably smooth, but you can get into various kernel module difficulties. Also note that if you are running a custom user python (e.g. if you load up a virtualenv or anaconda python in your .bashrc) then this will not work, since openrazer inspects your shell path to find its python.

UPDATE: for some reason this doesn’t work on Ubuntu 19.10 for me. However the competing GUI RazerGenie works fine.

Use GNOME Tweaks to get hold-to-right-click which is I think supposed to be an accessibility feature. This is not 100% reliable. Some apps will then interpret the right click as a left and a right click. In 2020 accessibility is still a shambles.

If trackpad motion freezes, restarting the xinput device fixes it for me.

I have also seen reloading the modules responsible as a recommendation but this does not work for me:

NB run all those commands in a single line because modprobe -r usbhid disables the keyboard and it will be hard to enter partial commands.

UPDATE: On ubuntu ≥ 19.10 the entire problem seems to have sublimated away and scrolling is consistent.

If you are stuck on an old version, Here is a generic xinput fix.

finds and dumps info about the erroneous thingy which for me is a Synaptics TM2438-005 at id=15, and

It turns out there is a special synaptics command synclient, which also does it.

AFAICT this is deprecated because it doesn’t use the modern libinput although they seem to coexist peacefully on my system so maybe I should not care about that until something breaks nastily.

UPDATE: installing synclient on recent ubuntu seems to cause the backwards horizontal bug. No longer recommended.

The archlinux backgrounder might make it clear if I were inclined to read it.

This needs to be run after laptop resume also which gets complicated. I needed to set up a script that will talk to X, in /home/me/bin/scrollrite.sh: 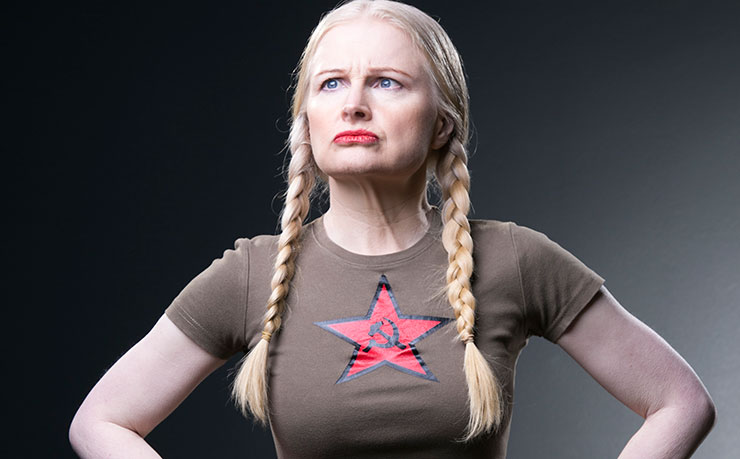 Razer is all about a considered approach to power credit: New Matilda

Fails to sleep when lid closed

Things seem to go weird for me. Circumstantial evidence suggests nvidia drivers are involved, which apparently is common.

The problem produces the following error:

The problem seems to have vanished for me after aggressively updating to recent versions of all drivers.

After the laptop has gone to sleep one time it has narcolepsy and keeps sleeping again?

I found this fix somewhere: append button.lid_init_state=open to the value of GRUB_CMDLINE_LINUX_DEFAULT="" in /etc/default/grub then

to add this to the boot conf. Or wrangle it in grub customizer.

My screen never powers off even when laptop is idle

Weird, mine too. But no longer. I fixed it using dpms:

Logs out on suspend on battery

Still diagnosing this one. See the settings in /etc/systemd/logind.conf. Changing the following keys between hibernate and suspend changes some stuff:

Some weird xhci_hcd error seems to arise in the syslog. Correlated with power saving?

I wonder if this is related to the XHC problem, in which case this helps with resuming.

An automatically fancy scripted version is system-sleep-xhci.sh, and also a more elaborate and possibly better version is here. Once again, this need to be run on resume. The content of those links reproduced below:

There is some background theory here.

This problem on Ubuntu 19.10 occasionally causes my laptop not to reconnect to the wifi after waking from suspend. Toggling the buttons in the wifi manager doesn’t fix it; I’m offline until reboot, or after putting the laptop to sleep and then waking it up.

Nothing obviously wrong in the logs except that the network connection times out. Since I cannot access the internet when the problem occurs, I will copy and paste various suggested solutions here so that I attempt fixes.

If this works, you can create a script to automate it. Put the following in sudo nano /etc/systemd/system/wifi-resume.service:

Now to use it:

Without systemd, create a script in /etc/pm/sleep.d (any name), set the executable bit via chmod +x, and insert the following content:

AFAICT this last one is not my particular problem.

Fan control is sounds only intermittently like a jet aircraft in the latest update. Perhaps fancontrol could help? or the razer specific fancontrol kernel module?

Inbuilt webcam works fine in Ubuntu 19.10 in videoconferencing although weirdly not in the in-built webcam app Cheese.

If you are on an older version, try these? The archlinux page has some suggestions for the webcam thing. Specifically, put

That does not fix it for me.

to the boot string. This is something about power saving, plus possibly also firmware, which seems common. It also seems one can avoid this issue by buying the Samsung EVO SSDs.

Make the fix permanent with /etc/default/grub then

to the kernel string. Doesn’t seem necessary with kernels >4.10.