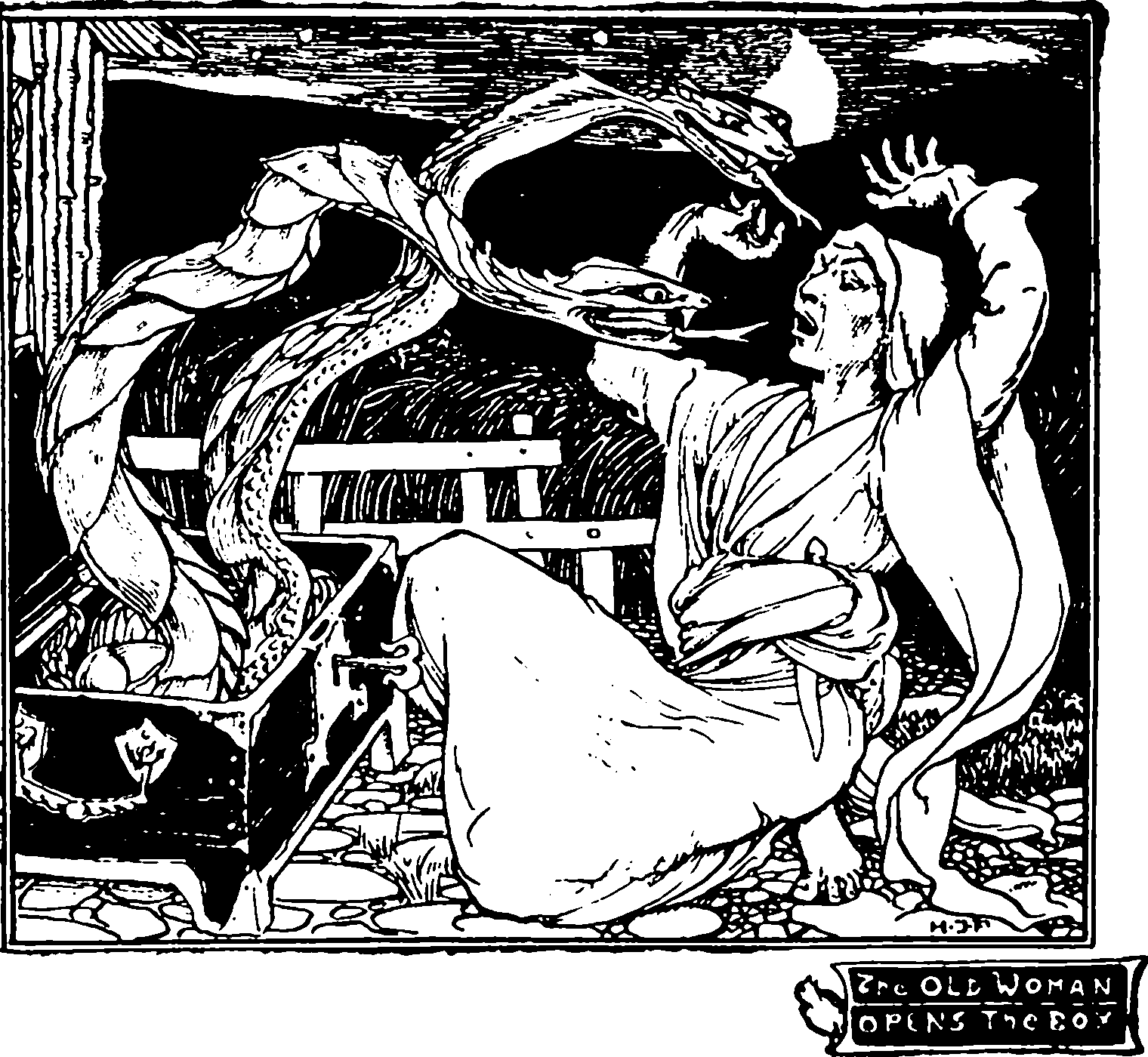 How to install the right versions of everything for some python code I am developing? How to deploy that sustainably? How to share it with others? There are two problems here: installing the right package dependenciess and keeping the right dependency versions for this project. In python there are various integrated solutions that solve these two problems at once with varying degrees of success. Not so hard, but confusing and chaotic due to many long-running disputes only lately resolving.

In the past-times there were other python packageing systems. Distutils and what-not. AFAICT, unless I am migrating extremely old code I should ignore everything about this.

The default python package installer. It is best spelled

pip is a general-purpose package installer for both libraries and apps with no environment isolation. pipx is made specifically for application installation, as it adds isolation yet still makes the apps available in your shell: pipx creates an isolated environment for each application and its associated packages.

pip has a heavy cache overhead. If disk space is at a premium, I invoke it as pip --no-cache-dir.

The distribution you use if you want to teach a course in numerical python without dicking around with a 5 hour install process. Many things that are (or were?) painful to install by pip are painless via conda.

It is very much worth installing one of these minimalist dists rather than the default anaconda distro, since anaconda default is gigantic but nonetheless does not have what I need, so it simply wastes space.

If I want to install something with tricky dependencies like ViTables, I do this:

Aside: I use fish shell, so need to do some extra setup. Specifically, I add the line

into ~/.config/fish/config.fish. These days this is automated by

For jupyter compatibility one needs

The main selling point of conda is that specifying dependencies for ad hoc python scripts or packages is easy.

Conda has a slightly different dependency management and packaging workflow than in the pip ecoystem. See, e.g. Tim Hoppper’s explanation of this environment.yml malarkey, or the creators’ rationale and manual.

One exports the current conda environment config, by convention, into environment.yml.

Which to use out of conda env create and conda create? if it involves .yaml environment configs then conda env create. Confusing errors and capability differences for these two is a quagmire of opaque errors, bad documentation and sadness.

One annoying point of friction that I rapidly encountered is that these are not terribly generic environments; I might specify from the command-line a package that I know will install sanely on any platform (matplotlib, say) but the version as stored in the environment file is specific to where I installed it (macos, linux, windows…) and architecture (x64, ARM…) For GPU software there are even more incompatibilities because there are more choices of architecture. So to share environments with collaborators on different platforms, I need to… be them, I guess? Buy them new laptops that match my laptop? idk this seems weird maybe I’m missing something.

NB Conda will fill up my hard disk if not regularly disciplined via conda clean.

If I have limited space in your home dir, might need to move the cache:

I might also want to not have the gigantic MKL library installed, not being a fan. I can usually disable it by request:

Clearly the packagers do not test this configuration so often, because it fails sometimes even for packages which notionally do not need ML. Worth trying, however. Between the various versions and installed copies, MKL alone was using about 10GB total on my mac when I last checked. I also try to reduce the number of copies of MKL by starting from miniconda as my base anaconda distribution, cautiously adding things as I need them.

Local environment folder is more isolated, rather than keeping all environments somewhere global.

Gotcha: in fish shell the first line needs to be

I am not sure why. AFAIK, fish command substitution does not happen inside strings. Either way, this will add the line

RCC is a command-line tool that allows you to create, manage, and distribute Python-based self-contained automation packages - or robots 🤖 as we call them.

Together with the robot.yaml configuration file, rcc provides the foundation to build and share automation with ease.

In short, the RCC toolchain helps you to get rid of the phrase: "Works on my machine" so that you can actually build and run your robots more freely.

Mamba is a fully compatible drop-in replacement for conda. It was started in 2019 by Wolf Vollprecht. It can be installed as a conda package with the command conda install mamba -c conda-forge.

The introductory blog post is an enlightening read, which also explains conda better than conda explains itself.

Provide a convenient way to install developer tools in VSCode workspaces from conda-forge with micromamba. Get NodeJS, Go, Rust, Python or JupyterLab installed by running a single command.

It also inherits some of the debilities of conda, e.g. that dependencies are platform- and architecture- specific.

Pipenv is a production-ready tool that aims to bring the best of all packaging worlds to the Python world. It harnesses Pipfile, pip, and virtualenv into one single command.

Here is an introduction showing these tools used together.

pyenv. which eases and automates switching between all the other pythons and python environments created by virtualenv, python.org python, os python, anaconda python etc. Manages python and thus implicitly can be used as a manager for all the other managers. The new new hipness, at least for platforms other than windows.

BUT WHO MANAGES THE VIRTUALENV MANAGER MANAGER? Also, what is going on? Logan Jones explains:

Anyway, pyenv compiles a custom version of python and as such is extremely isolated from everything else. Here is an introduction with emphasis on my area: Intro to Pyenv for Machine Learning.

Of course, because this is a python packaging solution, it immediately becomes complicated and confusing when you try to interact with the rest of the ecosystem, e.g.,

Huh. I am already too bored to think. However, I did nut out a command which installed a pyenv tensorflow with an isolated virtualenv:

For fish shell you need to add some special lines to config.fish:

No! wait! The new new new hipness is poetry. All the other previous hipnesses were not the real eternal ultimate hipness that transcends time. I know we said this every previous time, but this time its real and our love will last forever. This look will be forever.

Poetry is a tool for dependency management and packaging in Python. It allows you to declare the libraries your project depends on and it will manage (install/update) them for you.

Packaging systems and dependency management in Python are rather convoluted and hard to understand for newcomers. Even for seasoned developers it might be cumbersome at times to create all files needed in a Python project: setup.py, requirements.txt, setup.cfg, MANIFEST.in and the newly added Pipfile.

So I wanted a tool that would limit everything to a single configuration file to do: dependency management, packaging and publishing.

It takes inspiration in tools that exist in other languages, like composer (PHP) or cargo (Rust).

And, finally, I started poetry to bring another exhaustive dependency resolver to the Python community apart from Conda’s.

In short: I do not like the CLI it provides, or some of the decisions made, and I think we can make a better and more intuitive one.

OK, so poetry could be regarded as a similar thing to pipenv, in that it (per default, but not necessarily) manages the local dependencies in a local venv. I list it separately because it has a much more full-service approach. For example, it has its own dependency resolver, which makes use of modern dependency metadata but also will work with previous dependency specifications by brute force if needed. It separates specified dependencies from the ones that it actually resolves in practice, which means that the dependencies seem to transport much better than conda. In practice the many small conveniences and very thoughtful workflow are helpful. For example, it will set up the current package for developing per default so that imports work as similarly as possible across this local environment and when it is distributed to users.