There are too many numerical libraries.

Here are some I am sifting through, skewed towards python-compatible ones.

Normally when I say numerics I mean floating-point arithmetic, but there is a whole world out there. See swmath for a search engine over published mathematical software (which does not necessarily have anything to do with numbers, but let us stay here for now..) 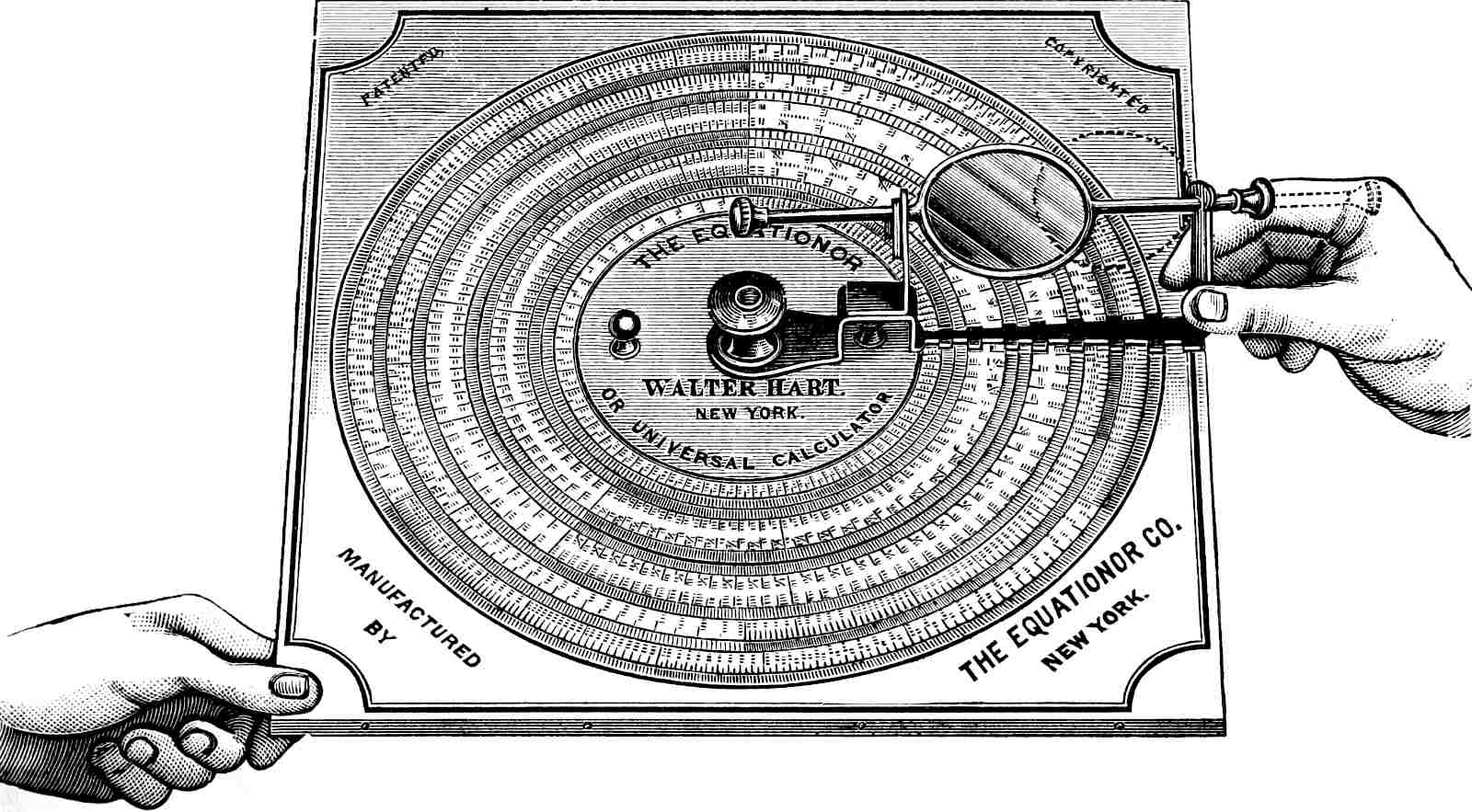 Aesara combines aspects of a computer algebra system (CAS) with aspects of an optimizing compiler. It can also generate customized code for multiple compiled languages and/or their Python-based interfaces, such as C, Numba, and JAX. This combination of CAS features with optimizing compilation and transpilation is particularly useful for tasks in which complicated mathematical expressions are evaluated repeatedly and evaluation speed is critical. For situations where many different expressions are each evaluated once, Aesara can minimize the amount of compilation and analysis overhead, but still provide symbolic features such as automatic differentiation.

Dex is a functional, statically typed language for array processing. There are many tools for array processing, from high-level libraries like NumPy and MATLAB to low-level languages like CUDA. Dex is a new approach for high-level array processing that aims for the clarity of high-level libraries while allowing for more granular expressivity. In particular, Dex does not force you to rewrite all operations in terms of batched tensor interactions, but allows for a range of interactions. Put more simply, when learning MATLAB students are told repeatedly to “avoid for loops”. Dex gives for loops back.

(Scott Locklin’s summary will do for this, actually)

Most dense linear algebra work presently happens in something called LAPACK. If you want to calculate eigenvectors in Matlab, Incanter/Clojure, Python, R, Julia and what have you: it’s almost certainly getting piped through LAPACK. If you’re working in C, C++ or Fortran, you’re still probably doing in via LAPACK. If you’re doing linear algebra in Java, you are a lost soul, […]but the serious people I know who do this, they allocate blobs of memory and run LAPACK on the blobs. The same thing was true 25 years ago. In fact, people have basically been running their numerics code on LAPACK for over 40 years when it was called EISPACK and LINPACK. Quite a lot of it conforms with… Fortran 66; a language invented 50 years ago which is specifically formatted for punched cards. That is an astounding fact.

LAPACK is a sort of layercake on top of something called the BLAS (“Basic Linear Algebra Subroutines”). I think BLAS were originally designed as a useful abstraction so your Eigendecomposition functions have more elementary operations in common with your QR decomposition functions. This made LAPACK better than its ancestors from a code management and complexity point of view. It also made LAPACK faster, as it allowed one to use machine optimized BLAS when they are available, and BLAS are the type of thing a Fortran compiler could tune pretty well by itself, especially on old-timey architectures without complex cache latency. While most of these functions seem boring, they are in fact extremely interesting. Just to give a hint: there is a function in there for doing matrix-multiply via the Winograd version of the Strassen algorithm, which multiplies matrices in O(N^2.8) instead of O(N^3). It’s the GEMMS family of functions if you want to go look at it. Very few people end up using GEMMS, because you have to be a numerical linear algebraist to understand when it is useful enough to justify the O(N^0.2) speedup. For example, there are exactly no Lapack functions which call GEMMS. But GEMMS is there, implemented for you, just waiting for the moment when you might need to solve … I dunno, a generalized Sylvester equation where Strassen’s algorithm applies.

OK, so that is the background. But what linear algebra library do you use these days? There are so many — Intel MKL, Boost uBLAS etc. (and where does GSL fit in?) Many of them have weirder and fancier interfaces than LAPACK classic. One of the remarkable features is that they are all faster than all the other ones. Or rather, the easiest-to-find benchmarks for each tend to favour what that one does best. In my inexpert understanding this means that Blaze does simple operations over big arrays fastest, Armadillo does fused arrays fast-ish, ArrayFire does… everything pretty fast AFAICT. Maybe it has crappy licensing? IDK. Eigen seems to be not especially fast but must be easy to plug in to your existing code because it’s gotten everywhere. So has Armadillo, FWIW, for maybe the same reason?. Also what you intend to run it on is important — not everything supports all platforms, SIMD, threads etc.

Intel’s Matrix Kernel library is supposed be a LAPACK-alike that gets peak performance out of various intel CPUs. I’ve used it via python and julia. In neither case has it been worthwhile; It is gigantic. It possibly speeds hings up marginally, but not noticably, and it bloats little scripts into gigantic monsters. And it crashes. Maybe if you needed to squeeze an extra few percentage points out of some reasonably well-understood optimized codebase? Not prototype-friendly.

Armadillo is a popular C++ wrapper around the LAPACK tools, providing lazy automagic graph optimisation of operations, or at least, that’s what some earnest guy told me at a seminar. Super popular for less horrible matrix stuff in R.

There is a python wrapper, PyArmadillo.

Arrayfire is a CPU/OpenCL/GPU array operations library, open-sourced by a DARPA contractor, who are still spruiking it:

The ArrayFire library is our flagship product. It is a general-purpose computational tool that simplifies the process of developing software that targets parallel and massively-parallel architectures including CPUs, GPUs, and other hardware acceleration devices. ArrayFire provides software developers with a high-level abstraction of data which resides on the accelerator, the af::array object (or C-style struct). Developers write code which performs operations on ArrayFire arrays which, in turn, are automatically translated into near-optimal kernels that execute on the computational device. ArrayFire includes support for supports CPUs from all major vendors (Intel, AMD, Arm), GPUs from the dominant manufacturers (NVIDIA, AMD, and Qualcomm), as well as a variety of other accelerator devices. ArrayFire has been used successfully on devices ranging from low-power mobile phones to high-power GPU-enabled supercomputers.

It has python and julia backends. Remarkably, the julia one is asynchronous to some extent, which seems useful.

Blaze is another bloody one, which seems to have threaded computation in particular as its USP, and not caring about backward-compatibility (which is both plus and minus.)

Blaze is an open-source, high-performance C++ math library for dense and sparse arithmetic. With its state-of-the-art Smart Expression Template implementation Blaze combines the elegance and ease of use of a domain-specific language with HPC-grade performance, making it one of the most intuitive and fastest C++ math libraries available.

Elemental is an open-source library for distributed-memory dense and sparse-direct linear algebra and optimization which builds on top of BLAS, LAPACK, and MPI using modern C++ and additionally exposes interfaces to C and Python (with a Julia interface beginning development).

The C++11 API is by far the most complete, but a large percentage of the library is also exposed to C and Python interfaces. Please see the README for an up-to-date list of unique functionality.

The development of Elemental has led to a number of research articles and is incorporated into a variety of scientific (e.g., libSkylark, PETSc, and CVXPY) and industrial projects (e.g., within Finite Element companies).

The putative homepage is alarmingly defunct, but there is an intimidating list of features (and dependencies) in the source code repo. However the last update was long enough ago that I presume this is a dead project.

Special feature: Compiles to WebAssembly (HT Emma Krantz for pointing this out).

Learn more about CGAL by browsing through the Package Overview.

See solving all my problems.