Dimensionality reduction for the Great Society I complain that the decomposition of politics into “left” and “right” was arbitrary and unhelpful and should be done away with. Surely politics is has more dimension than that? Prima facie it seems weird we would even have political orientations, no? Always opting for big-government solutions, or market-led solutions, or traditionalist solutions or whatever category of solution, to a diverse array or problems sounds oddly like assuming all problems are similar, which does not sound likely. If I had to solve statistical regressions would it make sense to assume my data were univariate even when I had multiple variates?

Of course the world is not made of independent regression problems, and it might be reasonable to suppose there are biases that are helpful to lug around from one policy decision to another. I wonder how the biases that we do lug around are in any sense optimal for the decision we need to make?

There are many attempts to slice the pie in various ways. Status 451 does it in terms of traditionalism. It is an interesting provocation. TBD: insert other fun examples.

In practice people clearly do choose to interpret the richness of the great human project in terms of partisan categorisation, so I am advocating for the axes we decompose it into to be at least interesting: 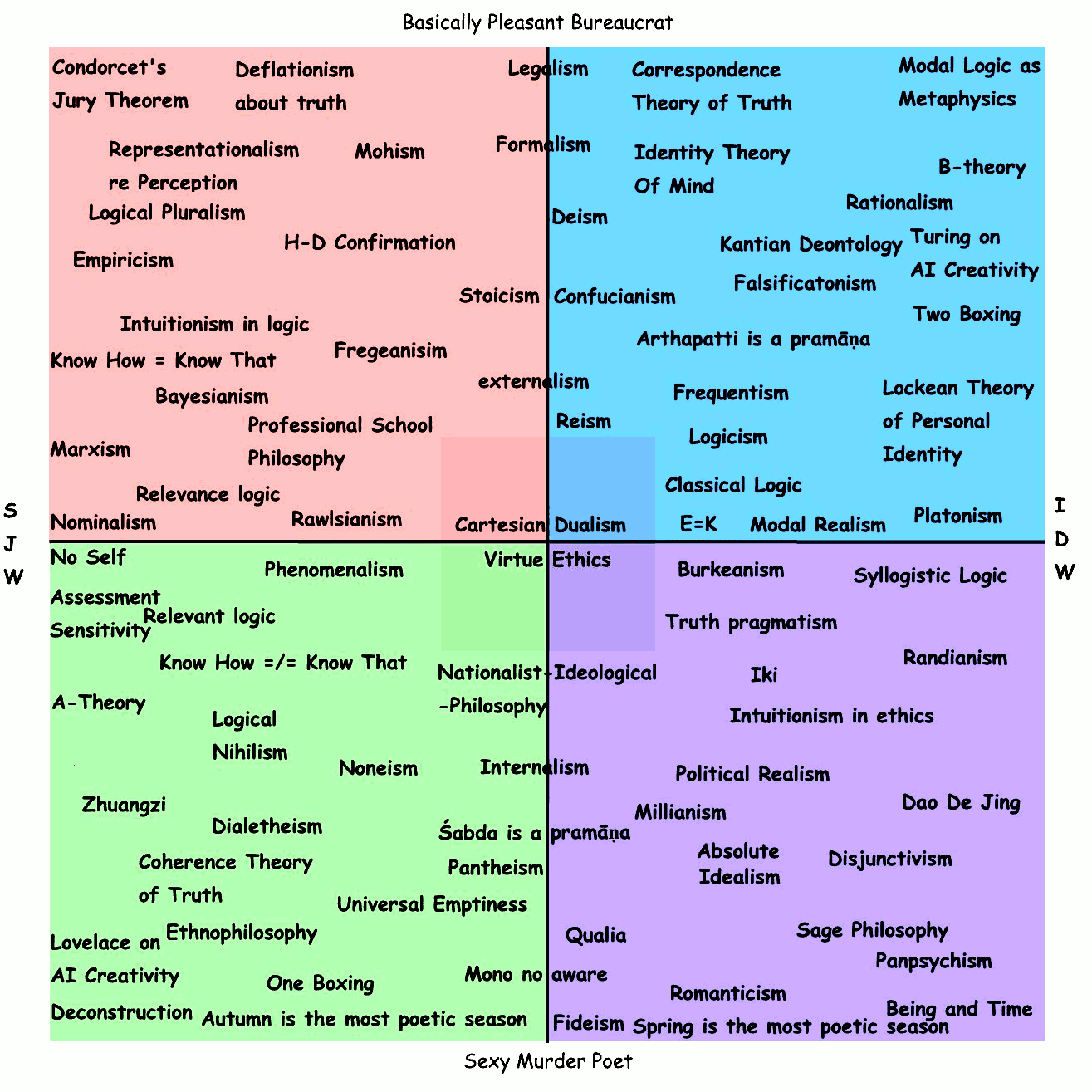 Many attempts to map a political spectrum (e.g. The Hidden Tribes of America) assume that, at least in recent history, there is a correlation between extremism of beliefs and stridency of advocacy for those beliefs.

How strong is that correlation? Asking because I, personally, aspire to extreme beliefs, lightly held and congenially discussed. I do not see a necessary tension between advocating for an extremely different approach to the world and being nice about it. Some of my favourite people are in this category.

How closely of extremism and stridency correlated generally? The correlation surely exists because of how recruitments happens.