Successor to Lua’s torch. Evil twin to Googles’s Tensorflow. Intermittently ascendant over Tensorflow for researchers, if not for industrial uses. 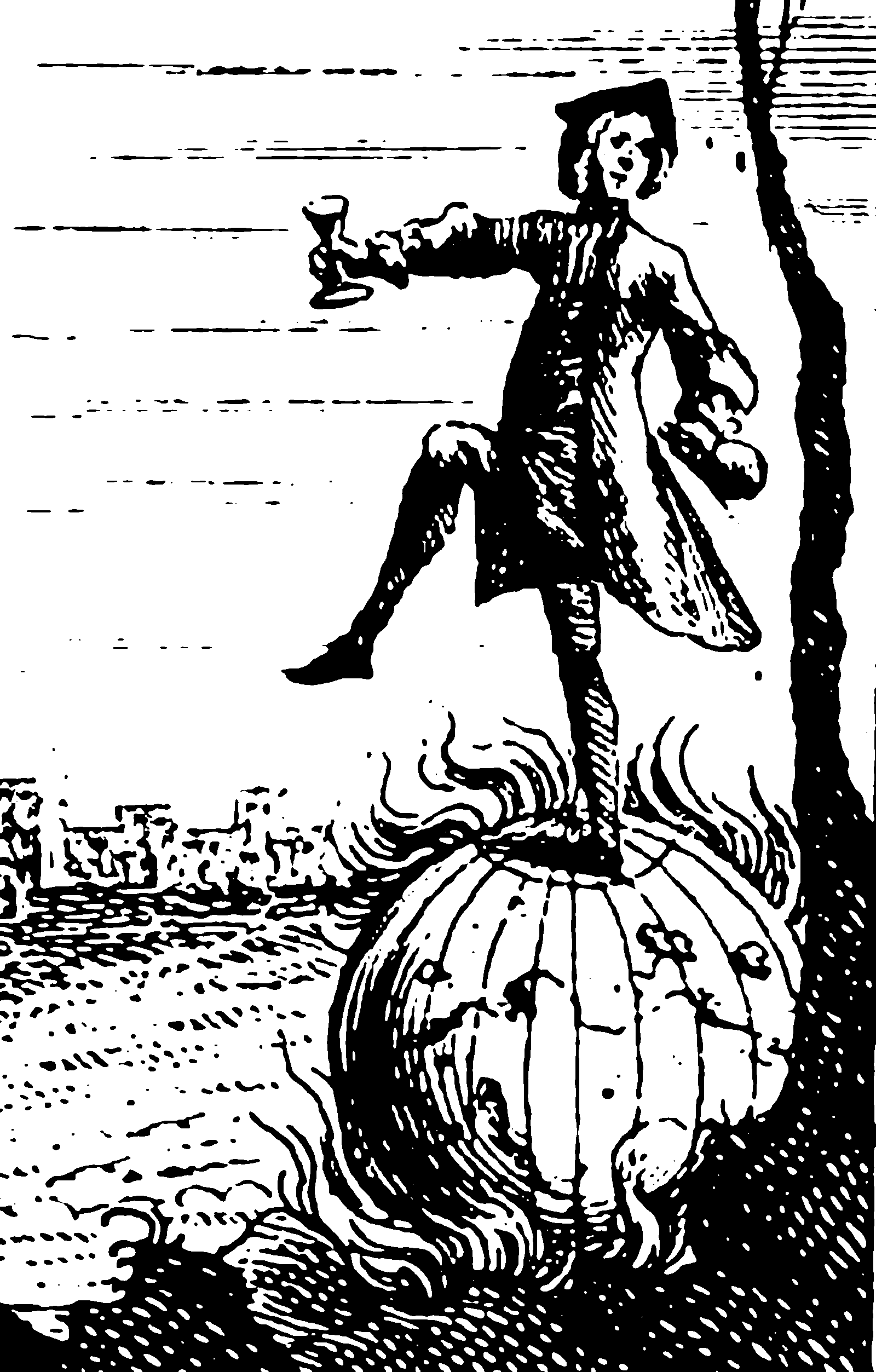 They claim aim for fancy applications which are easier in pytorch’s dynamic graph construction style, which resembles (in outcome if not implementation details) the dynamic styles of jax, most julia autodiffs, and tensorflow in “eager” mode.

PyTorch has a unique [sic] way of building neural networks: using and replaying a tape recorder.

Most frameworks such as TensorFlow, Theano, Caffe and CNTK have a static view of the world. One has to build a neural network, and reuse the same structure again and again. Changing the way the network behaves means that one has to start from scratch. [… Pytorch] allows you to change the way your network behaves arbitrarily with zero lag or overhead.

Of course the overhead is not truly zero; rather they have shifted the overhead baseline down a little. Discounting their hyperbole, it still provides relatively convenient autodiff.

The price we pay is that they have chosen different names for all the mathematical functions I use than either tensorflow or numpy, so there is pointless friction in swapping between these frameworks. Presumably that is a low-key tactic to engineer a captive audience.

An incredible feature of pytorch is its documentation which is clear and consistent and somewhat comprehensive. That is hopefully no longer a massive advantage over Tensorflow who documentation was garbled nonsense when I was using it.

There is (was?) some bad advice in the manual:

nn exports two kinds of interfaces — modules and their functional versions. You can extend it in both ways, but we recommend using modules for all kinds of layers, that hold any parameters or buffers, and recommend using a functional form parameter-less operations like activation functions, pooling, etc.

If my desired loss is already just a composition of existing functions, I don’t need to define a Function subclass.

And: The given options are not a binarism but two things you need to do in concert. A better summary would be:

Fairly sure this is no longer true. However, the default RNNs are still a little weird, and assume a 1-dimensional state vector. a DIY approach might fix this. Recent pytorch includes JITed RNN which might even make this performant. I have not used it.

Fiddly. The official way is via ONNX.

Then one can use varions graphical model diagrams things.

amirgholami/PyHessian: PyHessian is a Pytorch library for second-order based analysis and training of Neural Networks (Yao et al. 2020)

PyHessian is a pytorch library for Hessian based analysis of neural network models. The library enables computing the following metrics:

Motivation: Computation of most quantities is not necessarily expensive (often just a small modification of the existing backward pass where backpropagated information can be reused). But it is difficult to do in the current software environment.

f-dangel/backpack: BackPACK - a backpropagation package built on top of PyTorch which efficiently computes quantities other than the gradient.

Lightning is the default training/utility framework for Pytorch.

Lightning is a very lightweight wrapper on PyTorch that decouples the science code from the engineering code. It’s more of a style-guide than a framework. By refactoring your code, we can automate most of the non-research code.

To use Lightning, simply refactor your research code into the LightningModule format (the science) and Lightning will automate the rest (the engineering). Lightning guarantees tested, correct, modern best practices for the automated parts.

Why do I want to use lightning?

Lightning sets up all the boilerplate state-of-the-art training for you so you can focus on the research.

This is a good introduction to the strengths and weaknesses of lightning: “Every research project starts the same, a model, a training loop, validation loop” stands in opposition to “Lightning is infinitely flexible”. >An alternative description with different emphasis “Lighting can handle many ML projects that naturally factors into a single training loop but does not help so much for other projects.”

If my project does have this flavour it is extremely useful and will do all kinds of easy parallelisation, natural code organisation and so forth. But if I am doing something like posterior sampling, or nested iterations, or optimisation at inference time, I find myself spending more time fighting the framework than working with it.

Like python itself, much messy confusion is involved in making everything seem tidy and obvious.

The Trainer class is hard to understand because it is an object defined across many files and mixins with confusing names.

One useful thing to know is that a Trainer has a model member which contains the actual LightningModule that I am training..

If I subclass ModelCheckpoint then I feel like the on_save_checkpoint method should be called as often as _save_model; but they are not. TODO: investigate this.

on_train_batch_end does not get access to anything output by the batch AFAICT, only the epoch-end callback gets the output argument filled in. See the code comments.

We believe the critical ideas to solve AI will come from a joint effort among a worldwide community of people pursuing diverse approaches. By open sourcing Pyro, we hope to encourage the scientific world to collaborate on making AI tools more flexible, open, and easy-to-use. We expect the current (alpha!) version of Pyro will be of most interest to probabilistic modelers who want to leverage large data sets and deep networks, PyTorch users who want easy-to-use Bayesian computation, and data scientists ready to explore the ragged edge of new technology.

I would argue it is the probabilistic programming framework, because it is the one that seems to have acquired critical mass while the others remain Balkanised and grumpy.

I do not do much NLP but if I did I might use the helpful utility functions in AllenNLP.

Outside of NLP there is a system of params and registrable which is very handy for defining various experiments via easy JSON config. Pro-tip from Aladair Tran: use YAML, it is even nice because it can handle comments.

That is handy, but beware, AllenNLP is a heavy dependency because it imports megabytes of code that is mostly about NLP, and some of that code has fragile dependencies. Perhaps the native pytorch lightning YAML config is enough.

I think this fills a similar niche to lightning?

One can hack the backward gradient to impose them, but why not just use one of the pre-rolled ones by
Szymon Maszke ?

I am thinking especially of audio. Not too bad. Keunwoo Choi has some beautiful examples, e.g. Inverse STFT, Harmonic Percussive separation.

Today we have torchaudio or alternatively from Dorrien Herremans’ lab, nnAudio (Source), which is similar but has fewer dependencies.

Pytorch ships with a lot of included functionality, so you don’t necessarily need to wrap it in anything else. Nonetheless, you can. Here are some frameworks that I have encountered.

There are more indexed on the Pytorch ecosystem page.

Einops makes life better; it reshapes and operates on tensors in an intuitive and explicit way. It is not specific to pytorc, but the best tutorials are for pytorch:

fastai is a deep learning library which provides practitioners with high-level components that can quickly and easily provide state-of-the-art results in standard deep learning domains, and provides researchers with low-level components that can be mixed and matched to build new approaches. It aims to do both things without substantial compromises in ease of use, flexibility, or performance. This is possible thanks to a carefully layered architecture, which expresses common underlying patterns of many deep learning and data processing techniques in terms of decoupled abstractions. These abstractions can be expressed concisely and clearly by leveraging the dynamism of the underlying Python language and the flexibility of the PyTorch library. fastai includes: 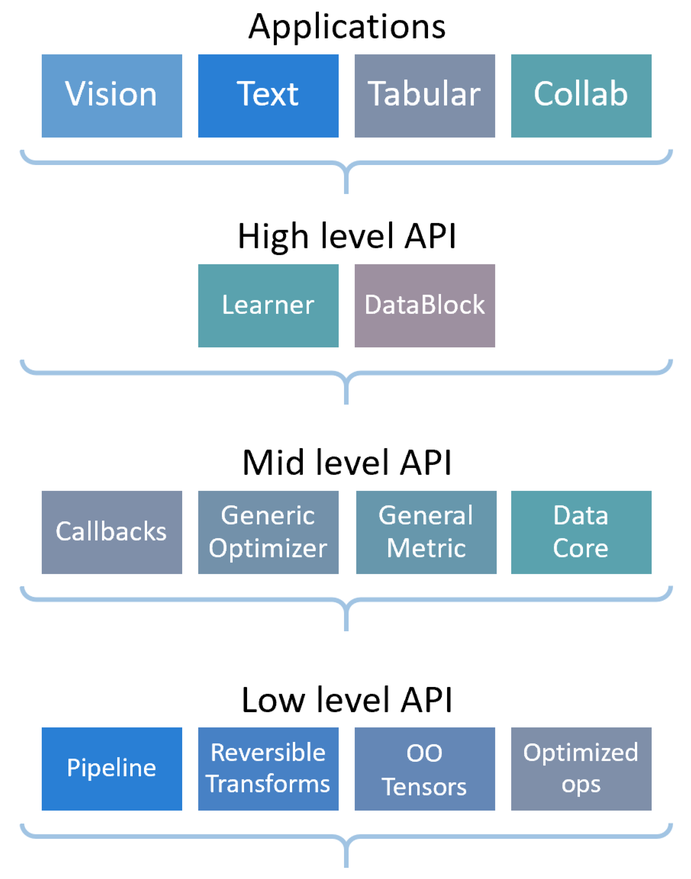 Like other deep learning frameworks, there is some basic NLP support in pytorch; see pytorch.text.

flair is a commercially-backed NLP framework.

Pump graphs to a visualisation server. Not pytorch-specific, but seems well-integrated. See visdom.

pyprob is a PyTorch-based library for probabilistic programming and inference compilation. The main focus of this library is on coupling existing simulation codebases with probabilistic inference with minimal intervention.

The main advantage of pyprob, compared against other probabilistic programming languages like Pyro, is a fully automatic amortized inference procedure based on importance sampling. pyprob only requires a generative model to be specified. Particularly, pyprob allows for efficient inference using inference compilation which trains a recurrent neural network as a proposal network.