The best thing since punchcards 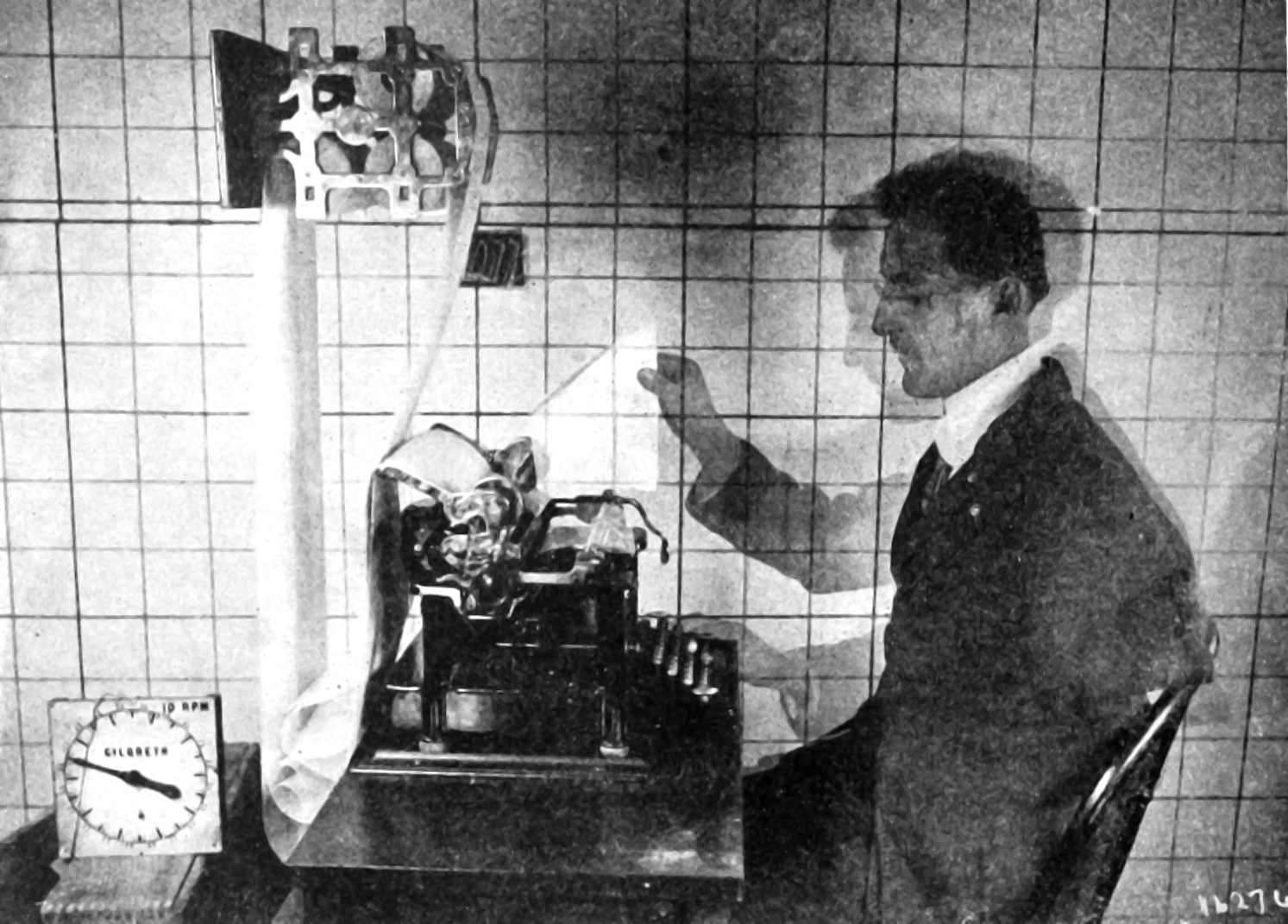 Editor brands, like programming languages, attract fierce loyalty from their users. Especially programmers tend towards committed pair-bonding with their preferred editor and if eventually they should terminate their relationship, the parting is often acrimonious and highly public, and there will be grievances aired in blog posts, and much complaining to friends about who was at fault, who looks are the children on weekend etc.

I have heard various hypotheses advanced about why this might be — aesthetics, Stockholm syndrome, philosophical entailments, elaborate procrastination… I personally tend to the notion that the culprit is a the descendent to Zawinski’s Law of Software Envelopment.1 This new law tells says that any hackable editor used by programmers will eventually turn into a full-fledged interface to your OS that you use for basically all interactions with your computer. To see this in full bloom, consider what four decades of emacs habituation hath wrought.

This seems to me to be a natural response to the fact that while OSes and computing platforms come and go, and keyboard shortcuts can be reassigned by unaccountable third parties, and work computers can be reallocated by the whim of the organisational boss and so on, no one can take your preferred text editor away from you; they must pry it from your cold dead fingers. A coder’s choice of editor is usually regarded as intimate as their choice of underwear, and as far outside the purview of the boss — which is to say, not always as far outside that purview as it would be in an ideal world but it is wildly inappropriate to mess with it. As such it’s completely reasonable to become absolutely committed to this app that is the primary repository of your best habits and your muscle memory tricks and clever hacks and so on because you and it have a long co-evolution together and know how to keep each other happy.

I also like this model of why we care because the metaphorical corollary is that, much like business and romantic partnerships, editor-coder partnerships are essentially individually specific, arbitrary and taste driven. There is no universally appropriate editor. I love my spouse, but that does not mean that everyone who does not love my spouse is wrong or that I should go on to Reddit to say so at length.

FWIW, I like zipping around in a light 2-stroke code editor, as opposed to over-engineered IDEs which make me feel like I am a stowaway trapped in the bilge of someone’s supertanker. There are many options, which is surprising given how hard editors actually are.

For a while I was using the editor, atom, which is as free from IDE comforts as a dinghy is free from staterooms, and yet as slow and gigantic as any ocean liner, so I clearly don’t know what I want any more.

Now I am using Visual Studio Code, which is faster and better, in a startling change of direction for Microsoft. Although it is still gigantic and slow in historical terms.

Here I list some general-purpose editors you might use including these my favourites, arranged in order of decreasing relevance to my own life. There are also special-purpose editors, e.g. for note taking.

My bit on the side. An editor/light IDE for R that happens to include a passable text editor, and a couple of neat features (equation preview!) and some misfeatures (bizarre/idiosyncratic keyboard shortcuts, no autosave…).

IntelliJ etc are really full-featured IDE rather than text editors, but these two categories are increasingly blurring together.

My first love who I still see occasionally.

These days we spell it vim or neovim but the idea is the same.

“The bartender’s smile widened. His ugliness was the stuff of legend. In an age of affordable beauty, there was something heraldic about his lack of it. The antique arm whined as he reached for another mug. It was a Russian military prosthesis, a seven-function force-feedback manipulator, cased in grubby pink plastic.”

I am sure that William Gibson was thinking of vi when he composed the above quote, since vi was already about 4 years old by then.

It has some excellent tricks. For me the best one is the many cunning ways it allows you to navigate text without the mouse and also without any notion of what you are editing. While modern editors use clever integration into the language that you are editing to e.g. move your cursor to the function you wish to edit, vim has a more primal notion of navigating based on matching letters and lines and such that is more robust and universal than any of that modern fanciness.

There is a 3d version.

Learn VIM while playing a game in VIM Adventures.

See also various successors and derivatives such as martanne/vis: A vi-like editor based on Plan 9’s structural regular expressions.

Some authors of Atom have started work on another hype editor called Zed. It aims to be collaborative-first, graphics accelerated and responsive, presumably at the expense of accessibility and extensibility? Currently vapourware with much hype on hackernews but not actually a product AFAICS.

Sublime Text — The UI-oriented cross-platform text editor that got a lot of traction over when the guy who made the previous trendiest text editor (Textmate) went AWOL for 3 or 4 years. I feel bad for the creator, who held the text editing world together solo for years with a genuinely impressive product and now has all these free competitors backed by large corporations, drinking his milkshake. Still has, IMO, the best UI out of everything. Seems fast too. I don’t use it.

The ex from two exes ago.

Textmate — The brilliant-but-erratic Mac-OS editor that the Rubyists used to use. Now open source, but with an intimidating code base that few seem to want to touch. Famous for painstakingly re-inventing wheels that look nearly exactly like the old wheels but nearly imperceptibly rounder, and they occasionally explode, and replacement parts can take four years to arrive.

Textmate I was using in combination with Atom, because there were some things it did better than Atom (search, tab-triggered macros, not using all your RAM) although TBH Textmate was not really fast enough. Anyway, now VS Code fills both niches.

Posted because I don’t know where else to put it, since at time of writing (2018-03-29) the textmate bug tracker is closed:

Textmate was, for me, causing Finder the crash all the time, in a non-obvious way; Whenever I clicked on a binary file in Finder, it would crash. The crash log would include stack trees including _CTGlyphStorage, e.g. TRunEncoder::Encode(_CTGlyphStorage*, CFRange, unsigned int, __CFDictionary const*) + 280. This was from the preview rendering of binary files as text.

Turns out this is fixable.

When you next update Textmate your fix will be undone, but maybe it will be fixed in Textmate itself? Or you can delete TextMate.

Or maybe the problem is somehow specific to my computer? I don’t know, I’ve already spent all the time on this I can.

An attempt at a fundamentalist reinterpretation of the vi philosophy.

Multiple selections are the central way of interacting in Kakoune, with powerful handling primitives (regex matches, filtering, splitting, aligning, text objects etc). Text can be selected and modified at will in multiple ways, thanks to several primitives: selection rotation, case manipulation, indentation leveling… With Kakoune, you can collaboratively edit the same file: all new windows created by the editor are clients, and can simultaneously modify the content of a file. As such, windows are fully under the control of your X11 window manager or can be managed in a single terminal through Kakoune’s tmux support.

Also I am fond of the following design points

xi is another hipster cult cognoscenti thing, kind of a vim to Atom’s emacs.

This is to say — it uses sensible data structures and is written in Rust, and some guy who sounds terribly clever is blogging about it. This is a niche product with rapid drift and much manual installation required and for me at least installing it would be yak shaving.

LightTable — pretty, open source, revolutionary IDE-like live-code inspection. Language support is deep but narrow. (clojure, javascript, python). There is an effort to port it to an Atom-like architecture, in order to sell more CPUs.

I used this while I was learning clojure, but that is on hiatus now.

I am contractually obliged to mention emacs, but if I need an over-engineered editor with a horrible scripting language I can already get that from Visual Studio Code, and they throw in a superior UX for free. In any case I like my workflows less specialised than the exotic ones that flourish in the rich parenthetical mulch of the tropical emacsystem. But if this aesthetic speaks to you then I will not stand in your way. Also if longevity is a concern, emacs has an excellent track record in existing and continuing to exist.