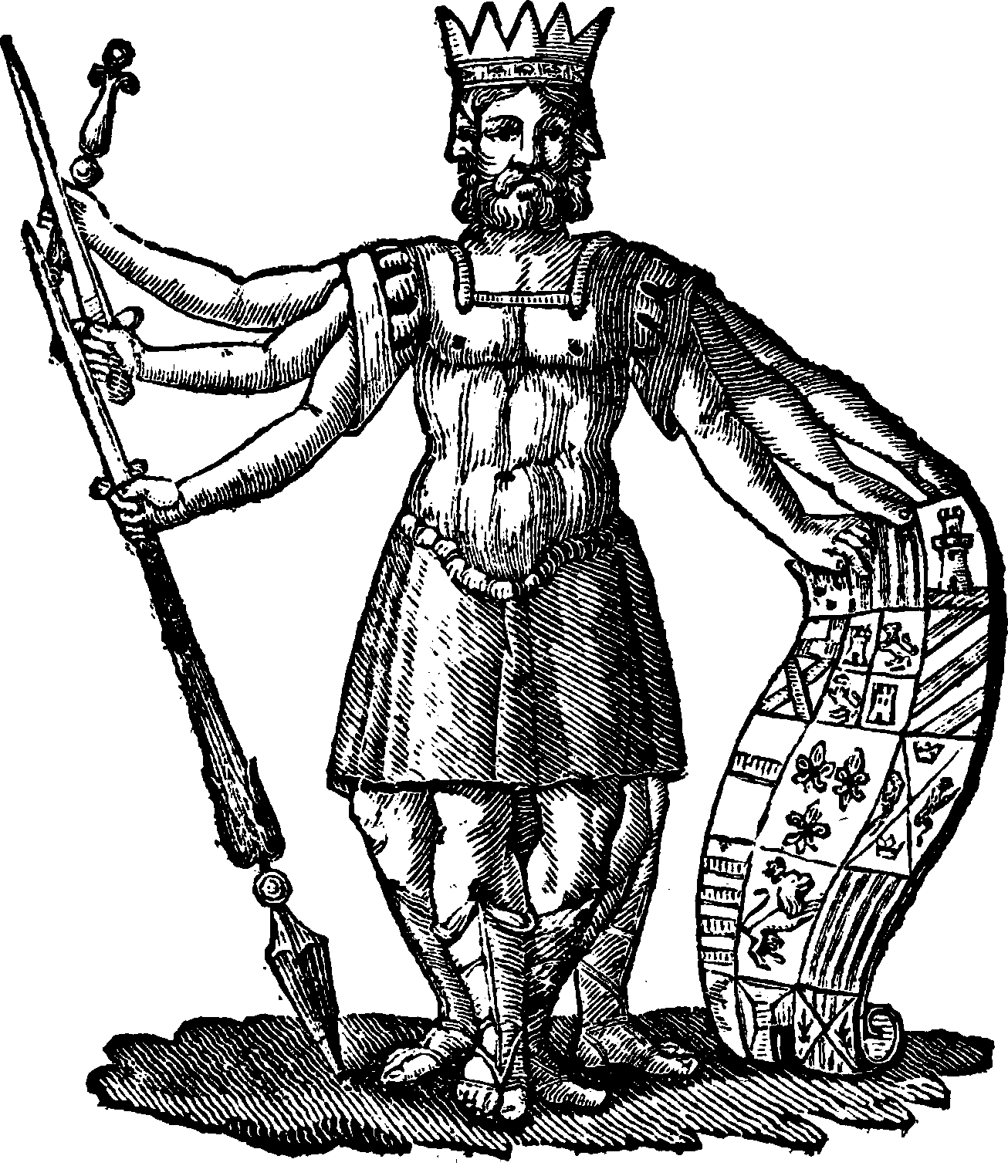 Why takes notes? Everyone cites How different is Vannevar Bush’s memex, which is a classic, although I am not totally convinced that his imagined way of thinking would be helpful for me personally, so much as an endless distraction. Nonetheless, the vague outline of the idea is powerful. Via Cheng Soon Ong, Mike Caulfield’s The Garden and the Stream: A Technopastoral contrasts the “cultivating a garden” feel of maintaining evolving notes with the contextless stream of social media reposts.

Jethro Kuan, How To Take Smart Notes With Org-mode:

The primary purpose of note-taking should not be for storing ideas, but for developing them. When we take notes, we should ask: “In what context do I want to see this note again?”

His blog post is an intro to the philosophy; you can bleep over the technical implementation details.

Note taking seems to be an easy method to yak shave, and there are a lot of notes online about how to make better notes.

A popular one is the Zettelkasten system, (i.e. note box, but exotically written in German) which is a particular collection of habits for sorting notes into topics and serendipitously rediscovering them.

I would like to see empirical validation of the usefulness of particular techniques, (“I was 74% more creative while using Zettelkasten and achieved 12% more insight!” etc) but not so much that I will do a literature search right now.

I am keen tagged notes, but implementing that in a useful way for my combination notes-and-blog system does not seem to have happened. My own organically-evolved, slightly messy methodology does not have a name (It is precisely the blog you are reading now, which represents a compromise between ease of note-taking and ease of online publishing). 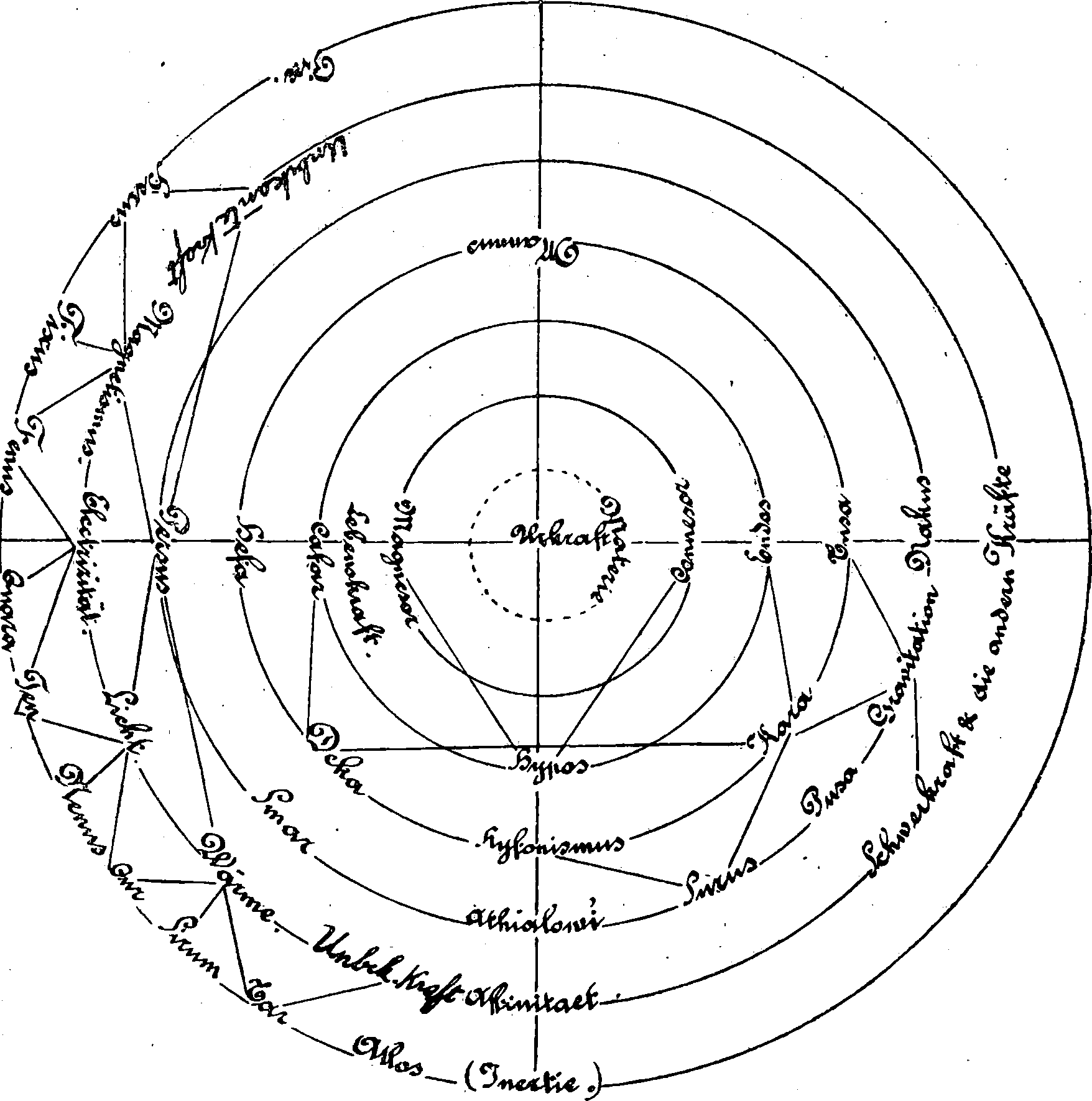 For me, my notebook is mostly this plain text blog, which I construct inside VS Codium. I auditioned a few methods before I settled on this. What follows is a messy collection of such note taking software options, from the perspective of my needs.

Advice from the Zettelkasten wiki:

Note that it is likely that the tool you use doesn’t really matter all that much. The original Zettelkasten was a huge stack of paper slips and even that worked great. There is one case where the choice of the tool has a huge impact, namely the case where the tool you use is discontinued. To avoid being left with a stack of 5000 notes that you can no longer access, prefer tools that export/save to common formats.

I also like tools that enable secure note taking, so that faceless corporations cannot read my drafts. 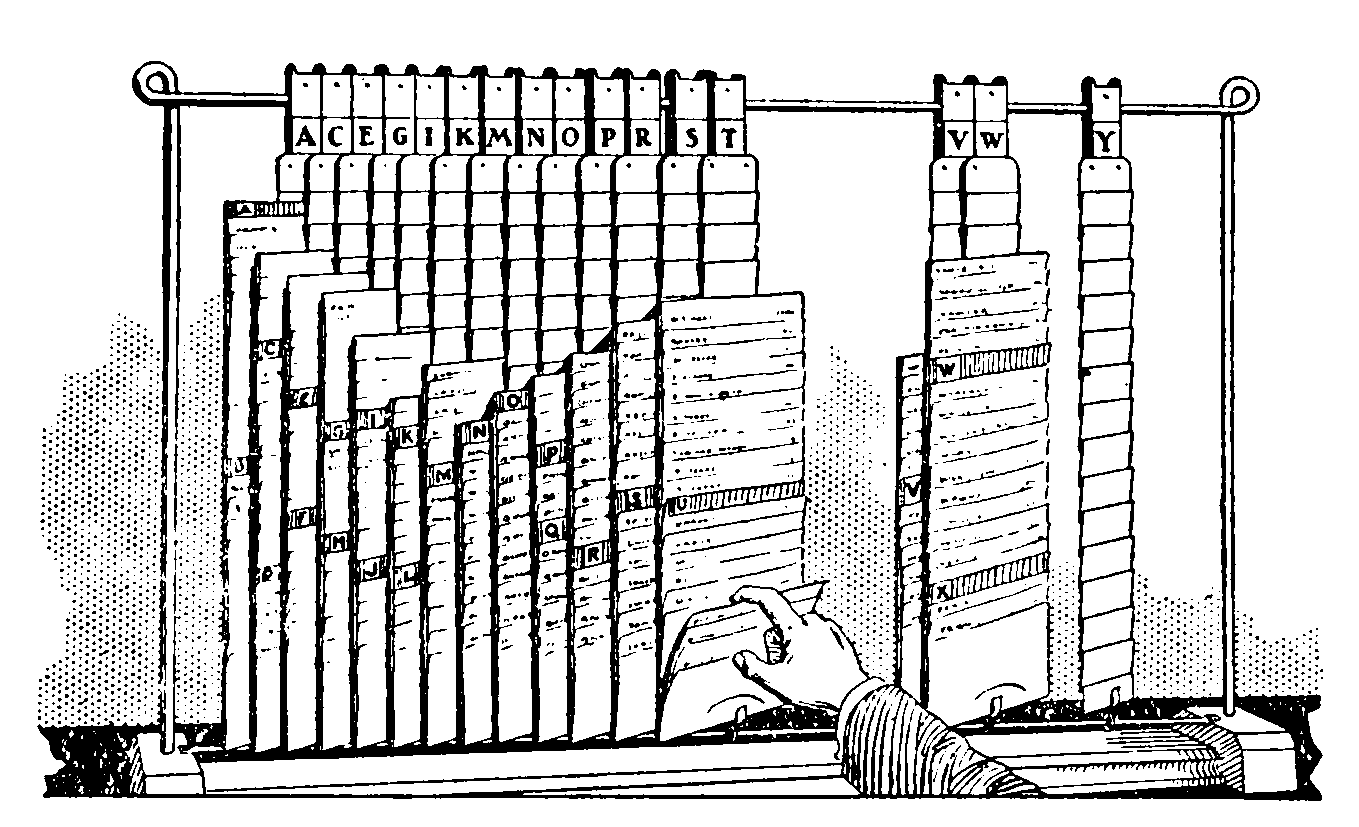 A famous note-taking system for emacs nerds especially for TODO lists but it can be used as a Zettelkasten system apparently? Mentioned because it is a timeless classic in the community and you need to mention it, just like you need to mention the King James Bible when mentioning English literature.

I was surprised to learn that org mode does not need emacs. It turns out that org mode is essentially a file format convention, and we could notionally edit it using a variety of packages and plugins, or manually. C’mon now, though, will you really? I won’t.

Much note taking theory is based off the clever wiki-style linking, which is org-mode’s main selling point, in e.g the zettelkasten tuorial above.

Strictly using macOS/iOS? Maybe try Bear.app which is a pretty-lookin’ subscription service with clients for various apple products. AFAICT it is a glossier cousin of FSNotes. Optional encryption via your fingerprint, which is fine as far as you trust mandatory backdoors in your local jurisdiction presumably. USD15/year.

A hyped, quirky, exclusive, web-nerd note taking app: Roam research seems to be a popular amongst people who would like to meta-optimise their hyperlearning with doubleplus buzzword-backed techniques.

It might be good? But I would not know. That workflow hype-cycle ship has now sailed for me and I have no time for trying out alternatives at the moment. 😐 AFAICT its main selling points are that

ClickUp is popular amongst several of my friends who manage collective projects. It combines note-taking with to-do items, project management integrations and other stuff.

Obsidian is wiki-like personal note-take with pretty network visualisations of the pages.

The human brain is non-linear: we jump from idea to idea, all the time. Your second brain should work the same.

In Obsidian, making and following [[connections]] is frictionless. Tend to your notes like a gardener; at the end of the day, sit back and marvel at your own knowledge graph.

Seems to be closed source? Works on all desktop platforms. Memex organizes your web-research so you can utilize the power of your brain: thinking in associations.

So that looks fun. But it does not yet sync this vaunted database between browsers which makes it an awkward fit for my workflow spread across many computers. Ultimately I prefer to just keep things as markdown plaintext and do not actually need to store webpages. Although it would be handy, 90% of the time just looking through the browser history is fine.

Of course VS code fans made many, many note taking apps for that text editor.

There are some listed below, distinguished by being documented well enough to be sure that they actually are note taking systems. More candidates pop up on a google search, each more ambiguous than the last.

Thanks to Dimitry in the comments, I add Foam. They reimplement some of the clever UX of roam but open-source, self-hosted and extensible. This looks closer to my jam.

Foam for VSCode (Wikilinks to Markdown). Awkwardly, I already invested too much in my blogdown based blog here and the features it enables so I will not actually use Foam even though it looks cool.

Don’t be fooled by its name, which is so unmemorable that I have already forgotten it, VScode Markdown Notes might be usable. Maybe your first note can be the name of this particular VS code extensions so you an find it again?

Anyway the author has made a sensible design document with which I agree in every detail apart from the necessity of vim keybindings in this context, so I guess that is good?1

One is called VS Notes. It seems rather… busy? With some extra configuration and strategic ignoring some of the fripperies it seems it might furnish an acceptable workflow. I suspect this is abandoned as of 2021.

Notational Velocity / nvalt 2 — Text-oriented with search-based navigation. This is a classic system but seems to have become unfashionable for reasons that are opaque to me. Lack of mobile support?

Notational Velocity is an application that stores and retrieves notes.

It is an attempt to loosen the mental blockages to recording information and to scrape away the tartar of convention that handicaps its retrieval. The solution is by nature nonconformist.

Sounds more or less like the usual bullet points of Zettelkasten to me?

Joplin is a cross-platform client for note-taking. Its clever feature is that it, it backloads end to end encrypted notes into a pre-existing sync service, NextCloud or Dropbox or Google drive or whatever. Of course, you could do this with any note app which stores its content in a sync folder then use file sync encryption. However, then you could not edit it on your smartphone. Joplin is thus the only one which is secure across all platforms. It even has an iOS client, and apparently full ability to import from Evernote. It supports proper text editors.

FSNotes is a macOS/iOS notes editor. The complete lack of polish on the name reveals much about both its aesthetic and functionality. Let me quote Andrew Kortina, the author of the even-less-artfully-named VScode Markdown Notes:

Of all the dedicated notes apps I tried, my favorite was FSNotes. It self describes as:

It has a kind of ‘coder ethos’ which I like. Everything is stored in plaintext, you can use textbundle if you want, it is backed by a git repo so you have version history, it is open source, and there is a mobile app.

By default it will use iCloud to sync and is pretty reliable (but you could also use Dropbox or Google Drive to sync as it is filesystem based).

There’s no inline image support (uses a side preview instead) and no vim keybindings.

It supports mathematics, which is important for me. I sorta like the look of it, although I have non-Apple laptops and this kind of Apple-only system does not cut my mustard.

Zettlr has been developed with academic writing in mind. Therefore, it offers a lot of powerful tools to help you write academic texts right out of the box. …

Simplenote is an open-source and free note taker owned by the creators of Wordpress, who provide both a sync server and client apps for pretty much every platform. It is not encrypted so if they are subpoenaed or hacked your notes will be disclosed. There does not appear to be a public API. It looks pretty and is probably usable.

There is a supporting business offering hosting of their custom server in exchange for money, but it is open source. I would happily fork out money for this if they supported iOS. Has nifty features such as sharing content, rendering mathematical markup and permissions for users.

wiki.js is a feature-heavy node.js wiki engine that supports various workload including multi-user wikis but also single-user note-taking. It has its own database but will also sync with text files in git. It seems over-engineered for me, supporting many features I do not need, but it is nice that it keeps the website front-and-centre, which is important for me.

Commercial notes app whose workflow I did not really enjoy, nor the needy upselling, so I deleted it. AFAICT they were not convincingly confidential and had no features that I needed that I could not get elsewhere for cheaper and with superior security.

treesheets is an open-source data GUI which as a hierarchical freeform database might be good for note-taking? Not my style, though.

Cosma is a document graph visualization tool. It renders interlinked plain text files as an interactive network in a web interface. It can be used to explore and share collections of various sizes, from a few dozen up to several thousands of documents.

Among tools for thought, Cosma stands out with three key aspects:

First, Cosma is not a note-taking app. It is designed to work in conjunction with these programs. This is inspired by software such as Deckset, which applies this principle to presentations (write in your favorite editor, visualize elsewhere).

Secondly, Cosma is based on interoperable, open and standardised writing conventions. This allows you to use other tools that share these standards (such as Zettlr) and to switch tools more freely. Overall, it increases the durability of your data.

Finally, Cosma allows you to simultaneously share your data and the tools to explore it. What does this mean? Most visualization tools are packed with great functionality, but they only export static images, or structured data that requires software to make any use of. Cosma reverses this logic: what you see in the main window is actually a standalone HTML file, meaning you can share it and thus transmit not just your data, but a fully interactive representation of it.

Cosma does not require that you use any particular writing software. However, it only correctly interprets files that comply with the following rules:

For vscode there is also Foam https://marketplace.visualstudio.com/items?itemName=foam.foam-vscode#:~:text=Foam%20is%20a%20note-taking%20tool%20that%20lives%20within,can%20also%20use%20it%20to%20publish%20your%20notes.
Reply to Dmitry

Another option you might like is Inkdrop. It's similar to Bear in a lot of ways and has great Markdown support. They have desktop and mobile clients as well.
Reply to Paul J. Martinez