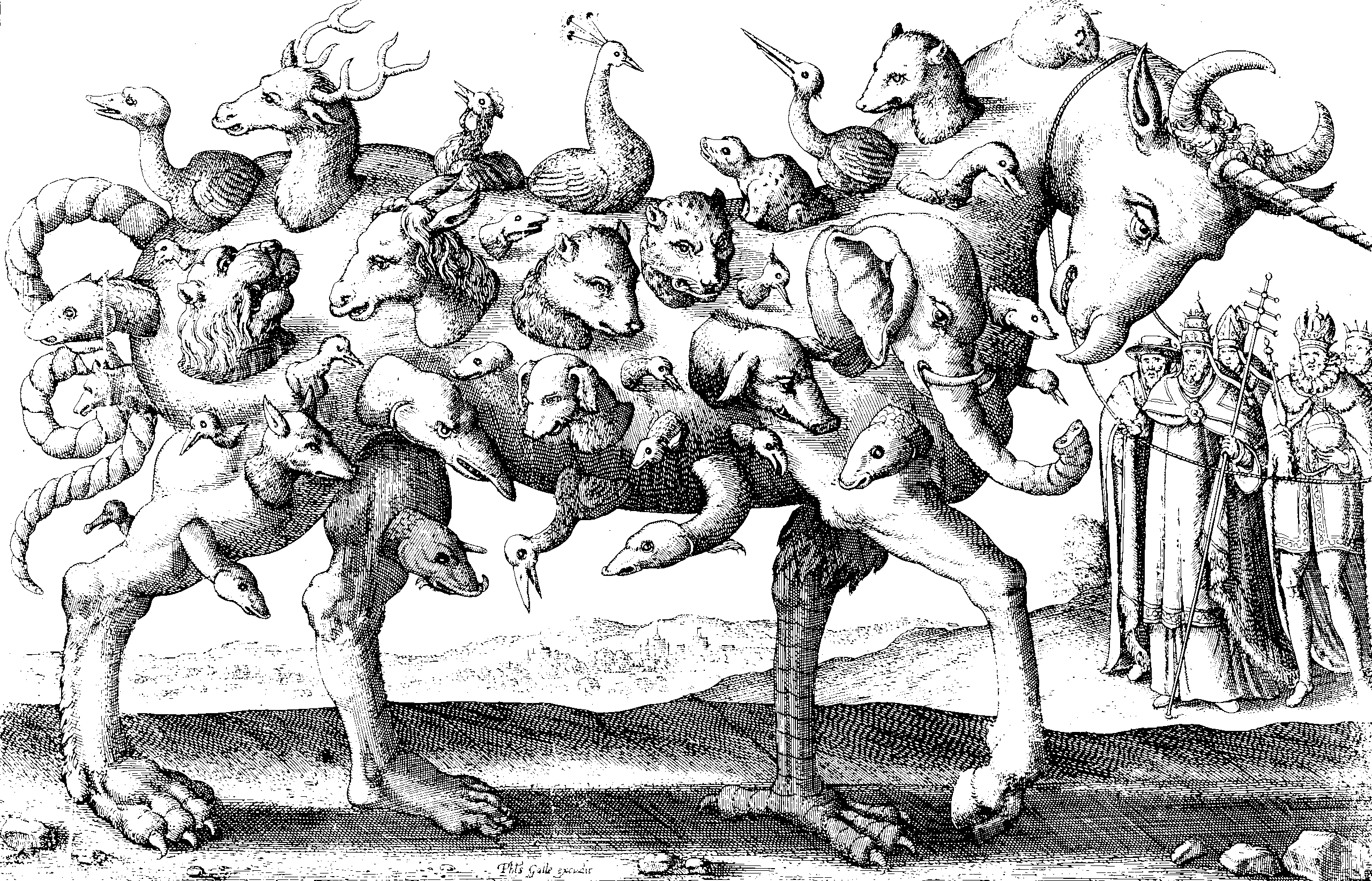 Placeholder for various models of how to get along as a diverse society, without falling into acrimony.

There are a many related uses of pluralism. Classically there is the descriptive political pluralism of Robert A. Dahl, about the many centres of power in democracies. There is [normative pluralism](https://en.wikipedia.org/wiki/Pluralism_(political_philosophy) of de Tocqueville, Isaiah Berlin or William E. Connolly1 But the ones who have the most fun with this concept are the theologists, who have spent a long time discussing pluralism in religious diversity. Who else gets to use the word salvific, as in:

Since belief is often what belonging feels like, and religions have loooooong time series of observational data, I think that it is worth examining religious pluralism as a model for modern political pluralisms, especially in this tribalised, segregated moment in western democracies.

I’m sold. Brethren and sistren of the faiths, what have you learned about mutual respect? Also, if you have decided that the other faiths are bullshit, have you learned how to live with them well enough to at least effectively proselytise?

Hanging out with my co-religionists is easy; we can generally work out what is fun for us. Working out how to operate in a larger society with everyone being recognisably different, is always going to be harder, and it will often feel wrong. After all they don’t do it our way, and surely that must make it wrong. Pluralism in (Christian) theology is the name of one of the parts of the three point model which wikipedia attributes to Race (1984).

Pluralism
Many religions are equally valid
Inclusivism
Handball this to Wikipedia: “God saves people through Christ alone; however, he makes this possible through ways that extend to all humanity.”
Exclusivism
There is only one true religion, and it is our one.

These are different to the notion of political pluralism, in that you can be an exclusivist and dwell amongst infidels and heretics, believing them damned or demonic, and still go about your business. Still, however, having this vocabulary to discuss how my ideology relates to the other ideologies is helpful. Because when I advocate my preferred ideology, I might forget whether I am advocating for it in a pluralistic, compromise-seeking way, or going strong on it with the humility to admit I might be missing stuff, inclusively, or going at it in an exclusivist fashion, aware that all who oppose me are part of a malign delusion that will lead to damnation. Since advancing agendas seems to often entail pretending the latter to outsiders, we might in the end come to believe it ourselves. Maybe if we are good democratic citizens we could think of ourselves better as inclusivists? But then, maybe my own cognitive biases are already leading me to overconfidence in my position (Ross and Ward 1996) and I should aspire to pluralism as an antidote.

Community norms are things that we justify in terms of bringing about community goals. Communities can differ in what they value, surely, but also they can differ in how they bring about the thing that they value, and these end up both feeling wrong in very similar ways. I have been in far more arguments about how we do the thing we value than about what we value. Being functionally pluralist means cultivating skills in navigating the difference between means and ends, and understanding that different communities can go about them differently.

Also because community norms play many roles, including demarcating who is us and who is them. We have various natural and easy inclinations to trust us and think that they are out to get us.

Masturbation is bad, a white person asking to touch the hair of a person of colour is racist, or littering plastic food wrappers is thoughtless, or that eating meat is murder, or that cooking a goat in its mother’s milk is sinful, taking recreational drugs is dissolute, a woman showing her hair is provoking, taxes are theft by the state, taxes are the duty of a pro-social citizen etc. How is it that communities with such disparate norms could possibly be working towards the same goals? Surely if we are working towards human flourishing, they over there with different norms must be working towards something different, right? They must be labouring for oppression.

It is important for us not to reify a moral sentiment, a tool we decided to use to accomplish an end, and decide that it is the same thing as the end. A particular moral sentiment when tested by a community might turn turns out that it does not help to bring about that great good. It could be actively counter-productive, even. A classic example here would be: Sanctimonious shaming of meat eaters does not, observationally, produce vegans, even though I know vegans who have tried that idea out.

It is okay to find new moral sentiments which might be better at bringing about the great good. Tying these together, it is okay to experiment with importing a norm from some other community, seeing if it works, and then except or reject it on the basis of its effectiveness in practice in our own community, in the current environment.

I think that pluralism is much is much clearer in theology. There we do not get to brush over the discomfort of pluralism but can name it. There we acknowledge that we are all adherents to different denominations which might find the believes and rituals of those other denominations uncomfortable, but they might be paths to the same goal.

In religion, we have a whole vocabulary for talking about whether a religious system is the one true way, and a system in which are different religions might be valid parts to a one true God, and many gradations in between. In the religious context we talk about pluralism. Pluralistic approaches to religion account for the possibility that mere humans lack direct access to absolute truth, and that different faiths might be a reasonable approximation to our meagre minds of what the divine is.

Or we might be inclusivist and believe that our way is best but the other ways might be not that bad either.

In secular morality, we are not very good at making this distinction, perhaps because different secular morality is not as good at preserving cohesive branding, except for moral philosophers and other nerds. Few secularists meet in a church-equivalent once per week to coordinate on formation and propagation of social norms.

Very popular move, starting one of these now. Will they get traction?

Liberal democracy sustains pluralism sometimes (Talisse 2021). But are there limits?

Faced by migratory pressure, any political community that is democratic, redistributive and where citizenship rests on nationality is bound to adopt ugly anti-immigrant policies eventually.

The good news? We can solve the problem by removing, at least, one.

He reckons that democracies organised into non-nationalist structures like empires are the trick.

Alternatively, Mark W. Moffett Why a Universal Society Is Unattainable is a rebadged and refreshed version of the “societies need common enemies” trope.

Musa al-Gharbi in the essay Who gets to define what is racist? mentions some recent research in cultivating equity in norms:

[…] training on ‘multiculturalism’ seems to reinforce race-essentialism among those who go through it; teaching whites about racial privilege seems to do little to change attitudes or behaviors towards African Americans—it merely increases resentment(Wilton, Apfelbaum, and Good 2019) against lower-SES whites. Metanalysis after metanalysis fails to find strong empirical links between “implicitly racist” attitudes and actual racist behaviors “in the world” (Jerolmack and Khan 2014). It seems as though the primary effect of such training, among those who go through it, is higher levels of racial resentment. Yet entire industries have cropped up to help people understand and fight their implicit racial biases.

Ok, so what norms are effective at cultivating diversity in society?

TBD; I am curious about the interaction between WEIRD (i.e. western-lineage) societies and pluralism; What types of interactions are fostered within, or without, WEIRD cultures?

Can conflict be pluralistic?

Certainly, people have thought about this. A useful keyword is agonistic democracy. I suspect that the full-blown conflict theorist mode is incompatible with pluralism. But maybe some conflict is necessary. Recent recommendations on this theme: Leslie (2021), DuFord (2022)