A placeholder for a topic about which I don’t feel particularly excited but nonetheless need to engage with because it is an endless source of talking points with people I encounter. “Freedom of speech”. “Political correctness”. “Cancel culture”. What are these things? Who has them? Will they give them back? Have any of these things gone mad? Is renaming things that sound bigoted reverse bigotry? Whither enlightenment? Whence liberalism? Where thought police? Why public shaming? How riot? Wow trolling. Are you only saying that because you are in the pocket of Big Word? Are golliwogs banned? Is that a thing? Does it matter if so? I cannot help but feel that talking about “freedom of speech” is not cleaving reality at the joints, but rehashing someone else’s tired rhetorical strategy. Maybe I should ditch this page entirely and consider only public opinion dynamics?

A Letter on Justice and Open Debate kicked off a recent iteration of this discussion. Techdirt’s Mike Masnick, reads it as ineffectual or possibly counterproductive posturing and dissects the issue into some useful categories (although I am not sure about his overall conclusion. Sean Carroll is not a fan of the Harper’s letter either.

Oliver Traldi would like the argument for the entailments of speech consequences to be more inclusive. Lili Loofbourow, analyses this propensity from the trenches in perhaps the most enlightening way for me, by suggesting we those who do not live on twitter all day are misunderstanding the mechanisms of infowar:

I get the longing—I even share it—but the naivete is annoying. Online pundits should know (and factor in) that social media as a “public square” where “good faith debate” happens is a thing of the past. Disagreement here happens through trolling, sea-lioning, ratios, dunks.

Does that lead to paranoid readings and meta-debates that seem totally batshit to onlookers who aren’t internet-poisoned? Yup! “All Lives Matter” sounds perfectly reasonable—as a text—unless you know the history of that discourse. (And you’ll sound pretty weird explaining it.)

“Why would you refuse to debate someone who’s simply saying that All Lives Matter?” is the kind of question an Enlightenment subject longing for a robust exchange of ideas might ask. Well, the reason is that most of us know, through bitter experience, that it’s a waste of time.

It wouldn’t be a true exchange. We know by now what “All Lives Matter” signals and that what it signals is orthogonal to what it says. Your fluency in this garbage means you take shortcuts: you don’t have to refute the text to leap to the subtext, which is the real issue.

To outsiders, that leap will look nuts. That’s obviously what all the coded Nazi shit is for and about—the 14 words, the numbers, the OK hand sign that both is and isn’t a white power sign, the Boogaloo junk. They’re all ways to divorce surface meaning from intentional subtext.

Yes, this is bad for discourse! Yes, it inhibits intellectual exchange! Yes, it makes productive dissensus almost impossible. But that’s not because of “cancel culture” or “illiberalism.” It’s because in this discourse environment, good faith engagement is actually maladaptive.

It’s possible and likely that knowledge gaps between people who are online too much and folks who aren’t are making things worse. If Atwood (or whoever) isn’t online much, she might be shocked to see people accuse a nice-looking boy in a Hawaiian shirt of wanting a 2nd civil war.

It might indeed look like cancel culture gone mad. He’s just standing there! Civilly! Offering support to Black Lives Matter protesters, of all things! Can’t we all, whatever our disagreements, come together in support of a good cause?

It’s also possible that people who’ve learned to read through stuff (to whatever bummer of a subtext we’re used to finding there) sometimes overdo it. Some of us might reflexively ignore the actual text—fast-forwarding to the shitty point we “know” is coming even if it isn’t

Free speech! they were told.

Anyway. Sure, good-faith debate would be nice. Instead, the internet pressure-cooked rhetoric. Again: people can watch the same argument be conducted a million times in slightly different ways, and that’s interesting, and a blessing, and a curse

It produced a kind of argumentative hyperliteracy. If you can predict every step of a controversy (including the backlash), it makes perfect sense to meta-argue instead—over what X really means, or implies, or what, down a road we know well, it confirms.

This isn’t great. People talk past each other, assume bad faith. But it’s not the fault of “illiberalism” that good faith is in short supply. And if that’s where your analysis begins, I can’t actually tell whether you’re naive or trolling. And I’m no longer sure which is worse.

I would translate this into my terms as “When people get caught up in these kind of debates, there is a red queen problem. We are all constantly getting onboarded by being used as cannon-fodder on someone else’s rhetorical battlefield.”

A more invective-flavoured analysis is Venkatesh Rao’s internet of beefs:

Conflict on the IoB is not governed by any sort of grand strategy, or even particularly governed by ideological doctrines. It is an unflattened Hobbesian honor-society conflict with a feudal structure, at the heart of which is an involuntarily anonymous, fungible, angry figure desperate to be seen as significant: the mook.

The semantic structure of the Internet of Beefs is shaped by high-profile beefs between charismatic celebrity knights loosely affiliated with various citadel-like strongholds peopled by opt-in armies of mooks. The vast majority of the energy of the conflict lies in interchangeable mooks facing off against each other, loosely along lines indicated by the knights they follow, in innumerable battles that play out every minute across the IoB.

Almost none of these battles matter individually. Most mook-on-mook contests are witnessed, for the most part, only by a few friends and algorithms, […] In aggregate though, they matter. A lot. They are the raison d'être of the IoB.

The standard pattern of conflict on the IoB is depressingly predictable. A mook takes note of a casus belli in the news cycle (often created or co-opted by a knight, and referred to on the IoB as the outrage cycle), and heads over to their favorite multiplayer online battle arena (Twitter being the most important MOBA) to join known mook allies to fight stereotypically familiar but often unknown interchangeable mook foes. They come prepared either to melee within the core, or skirmish on the periphery, either rallying around the knights riding under known beef-only banners, or adventuring by themselves in unflagged, unheralded side battles.

Other questions are: Is creating a petition to have someone’s professional recognition censorship? Is publish shaming free speech? Is de-platforming censorship? Is presenting both sides neutral? Is Enlightenment liberalism a coherent and desirable thing?

IMO the answer to all these questions is sometimes because the right to free speech is not the most efficient lense through which to view the challenges of public discourse in the age of sound-bytes, trolling and bots. Possibly a question about how to optimise debate would be more useful. Looking at models of emergent behaviour under certain argument dynamics could be useful, and deciding what type of public discourse system we would all buy in to in order to optimise for correctness, or innovativeness, or robustness, or emotional safety or something. Leaving all those questions aside and simply arguing about which things were free or unfree speech usually seems to end up getting lost in the weeds,recycling the same talking points about them. On the other hand I am also aware that most of us humans will not allocate time to coming to some nuanced understanding of how public speech might work, so one had better have some classic lines about free speech loaded in the rhetorical blunderbuss.

Case study: this recent blog post on petitioners trying to remove professional honours from Steven Pinker for saying some stuff. First mostly agreed that we all like Enlightenment virtues, whatever they are, then we accused everyone else of not adhering to said virtues in our interpretation, then we all took a turn fulminating publicly about the other side, and strategically misunderstanding. This is not, by far, the worst example of this dynamic, it is just that this is taking place in a corner of the internet beloved of thoughtful nerds who one would hope can do good debate if anyone can. Lesson: hoping that the internet can provide the right structure for fruitful debate is unlikely even in favourable circumstances.

Interesting rhetoric around policing of norms, one of the more poetic takes on teh Cansel Culture. In between the invective there is an interesting attempt to tackle process, rather than intention or outcome which we do have a hard time disentangling in online arguments about who is being sanctimonious and who is being a troll.

Here are some think-pieces.

I would like to have a link on the difficulties of coordinating on justice via mob rule, public shaming and petitions, wherein we look at the coordination problems here, and separate the problem of identifying injustice/inefficiency/existential threat, and the problem of calibrating a political response. Sideline in altruistic punishment and feedback loops. TBD. 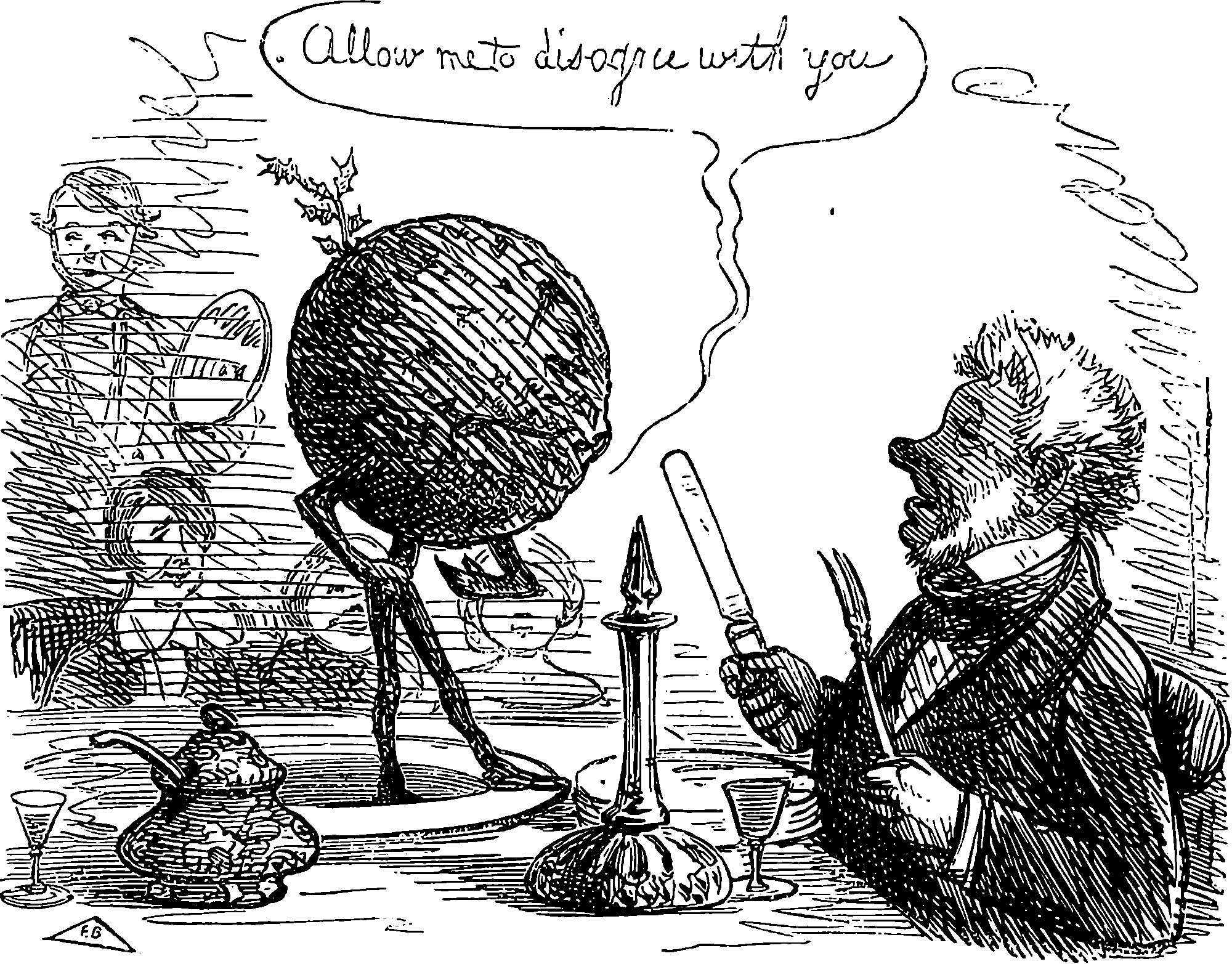