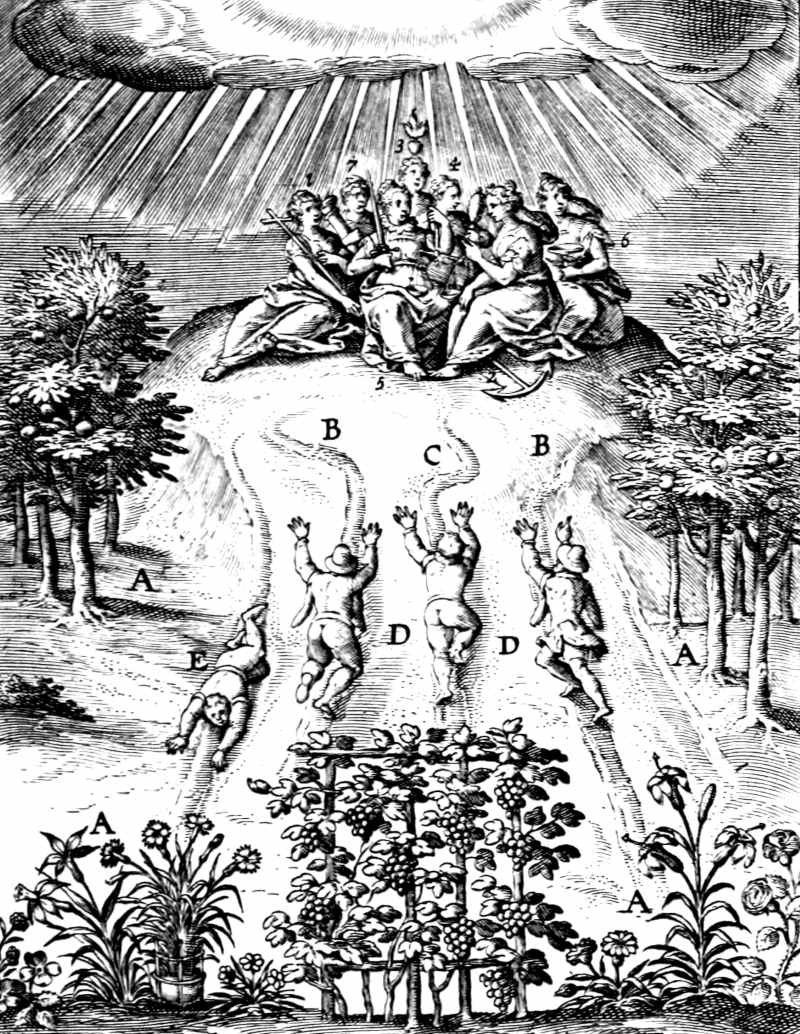 In the real world, the laws and policies we have are, in the best case, good-adjacent policies. My mental model is that the best we can hope for, the best attainable policy is the projection into the manifold of expertise-informed policies subject to the constraints of pressure from vested interests allowed at the time we chose that policy and available attention. Ever since then, that best effort become increasingly obsolete, fitting our needs today ever less and less as time goes on until eventually, maybe, it becomes intolerable enough that, we revisit the policy updating it with a revised set of constraints upon expertise, vested interests and attention that may or may not improve things. Then we repeat, unless it is so bad something breaks. Politics is the art of enacting rules that are just good enough that the system does not collapse. Some phrase this as Politics is the art of the possible, although FWIW it seems to me to be closer to Politics is the art of the contingently tolerable. Is that sufficient? Apenwarr thinks not.

If we imagine this on the smaller, more directly-actionable scale, we might consider community governance.

Let us set aside these constraints of power and practicality for a second, and ignore also complexities that technologists like to ignore and speculate, luxuriously, about what a better system for governing ourselves that did better would look like if we simply got to choose it. Let us imagine we are founding father/mothers/etc of a new state, or the delegates to a constitutional convention, and we get to give constitution a do-over based on the observations, experience and academic research of the last century or two. How would we do stuff differently? How could be better trade off the limited resources of attention, understanding and power to create and maintain a system that does better? What is the kindest system we can execute on our moral wetware?

Here I mean utopian in a particular way; not the one where I propose a system that is the best system, and my system gives us minute the details of how we should each live our lives in my system, and I can promise that each of us would be happy in that system. If nothing else I am skeptical of such systems because many of the things that I would need to be happy are not the things that you would need. My ideas are not better than everyone else’s ideas. A better system would spend as little time as possible on micromanaging the details based on any one person’s flawed and incomplete ideas of what to do, and lets us choose our own details as best we can, working out our own local conventions and trade-offs and so on. Of course, we instantly run into the classic trade-off of liberties where good for one might harm another. And imperfect information — which of the ideas about what is good are most correct? And inequities in power — how does good even happen if it inconveniences someone with a great deal of clout. That is what we want to have a system to mediate. Of course, I’m not claiming any such systems are perfect, or that they are not hard. I am, however arguing that just because they are hard does not mean we can’t do better than the current system, which with high likelihood will kill a great meany people in a slow grinding ecological apocalypse and crush much human flourishing.

Better systems then. If a better does not guarantee each of us our happiness, perhaps it would grant us our best chance for happiness. Rather than assuming I, the system designer, know how the world works, how can we, the collective system designers leverage the greatest possible amount of collective wisdom, while causing the least conflict and friction? What systems have the least waste (in terms of observing belated good-adjacent policies that are ideal for few) and the greatest potential (in terms of discovering, and continuing to adapt, good policies for the most)? What systems are ones that the greatest number will want to live in because they offer the best chance of flourishing?

I do not have an answer here. But this notebook will collate some ideas and tools that spring out of recent history, especially about the areas in which we have made vast progress since the beginning of the modern era, and which legacy institutions do not make good use of. We know more now than we did when the drafted constitutions for almost all modern states. Indeed, we know more now than we did when even fresh and modern states like Timor Leste started. Science is moving fast. We know more about economic psychology, algorithmic game theory, market design, common property regimes, distributed algorithms, collective knowledge, collective action, community building, attention, persuasion, voting systems, envy-free mechanism design, reputation_systems, risk management, finance and portfolio theory, forecasting, statistics. [TBD: itemise discoveries in each field relevant to modern governance.]

Oh, and we have better and faster communications that ever before. Not only do we have many advances in theory. We also have the biggest most expensive laboratory of social behaviour and governance that the world has ever seen, the internet. That internet which could be the petri dish where we study exactly the things we need to know about ourselves. It could be enabling us to develop, understand and trial the mechanisms that might make the world better. In practice it is largely being used persuade us to hate movies and enable authoritarianism, though, so that one is a mixed bag.

Things I might touch upon: Financial mechanisms for getting capital-intensive risky things done without concentrating wealth in the hands of an ever-more-concentrated capitalist elite. Stakeholder models. Worker owned firms. General mechanism design. Other voting systems. Should probably include prediction markets and maybe even blockchains.

I do not have any ideas about which utilitarian calculus is the right one to use here. I will table the ethics questions for later. I do not see this as a huge problem. Not wiping off 100 billion quality-adjusted life years from the face of the planet is bad in almost any moral system and that’s a great starting baseline.

Other fun keywords and links:

Sortition - government by random sampling of representatives from the population. What statistician could avoid at least toying with this idea?

Another piece of helpful Robin Hanson disambiguation: coordination is hard:

The key thing to understand is: governance is hard, especially in a democracy. Fundamentally, this is because coordination is hard.

It can be very hard for even a single owner to coordinate with a dozen subordinates that each coordinate with a dozen employees in an ordinary firm to achieve a simple clear goal like making and selling a simple product at a profit. Organizations fail at this task all the time, and for thousands of different reasons. Most new organizations attempting this fail, and most that are succeeding now will fail in a few decades. When they fail, they will fail so badly that it will not be worth trying to save them; better to throw them away and start anew.

The Effective Institutions Project is a new global working group dedicated to building a cross-disciplinary community of interest around the challenge of improving institutional decision-making (IIDM). We aim to increase the technical quality and altruistic intent of important decisions made by powerful institutions. We leverage the accumulated wisdom of researchers and practitioners across many fields in order to identify opportunities to make change that are likely to have the greatest positive impact on society.

Actions taken by powerful institutions—such as central governments, multinational corporations, influential media outlets, and wealthy philanthropic funders—shape our lives in myriad and often hard-to-perceive ways. Yet on issues from COVID to climate change, our leaders too often misjudge risks, make choices based on political expediency, and fail to imagine wiser alternatives when it counts the most.

It’s no surprise, then, that according to an analysis by 80,000 Hours, “improving the quality of decision-making in important institutions could improve our ability to solve almost all other problems.” We need our institutions to do better. Our lives may literally depend on it.

Social Policy Bonds are non-interest bearing bonds, redeemable for a fixed sum only when a targeted social objective has been achieved. The bonds would be backed by government or private bodies, auctioned on the open market, and freely tradable at all times. A Social Policy Bond regime would:

The effect of a Social Policy Bond regime is to contract out the achievement of social and environmental goals to the most efficient operators - whether they be in the private or public sector. Because Social Policy Bonds do not prejudge how objectives shall be achieved nor who shall achieve them, they would encourage diverse, adaptive solutions.

Retroactive public goods funding is one of those ideas that’s so great people can’t stop reinventing it.

I know of at least five independent inventions under five different names: social impact bonds by a New Zealand economist in 1988, certificates of impact by Paul Christiano in 2014, retroactive public goods funding by Vitalik Buterin a few years ago, EA loans by a blogger who prefers to remain anonymous, and venture grants by Mako Yass. These aren’t all exactly the same idea. Some are slightly better framed than others and probably I’m being terribly disrespectful to the better ones by saying they’re the same as the worse ones. But I think they all share a basic core: some structure that lets profit-seeking venture capitalist types invest in altruistic causes, in the hopes that altruists will pay them back later once they’ve been shown to work.

[…] Julie K says that the actual first person to invent this idea was Lewis Carroll (aka author of Alice in Wonderland) back in 1894. She quotes from his book Sylvie and Bruno:

This short “manifesto” describes a new form of government. In futarchy we would vote on values, but bet on beliefs. Elected representatives would formally define and manage an after-the-fact measurement of national welfare, while market speculators would say which policies they expect to raise national welfare.

Weyl proposes to transform society into a continual auctioning process: people should set an ideal price for each of their possessions—houses, cars, pieces of clothes—and be ready to sell it to whoever comes forward bidding for it. Obviously, people keen to latch onto their stuff would set a very high price to keep bidders at bay. Here’s the rub: in Posner and Weyl’s blueprint, every person would pay a hefty tax on their overall wealth, which would of course be higher the higher the self-assessed value of their chattels. In other words, property will either be auctioned and decentralised across the society, or generate a high tax revenue, which could go on to fund a Universal Basic Income for the have-nots