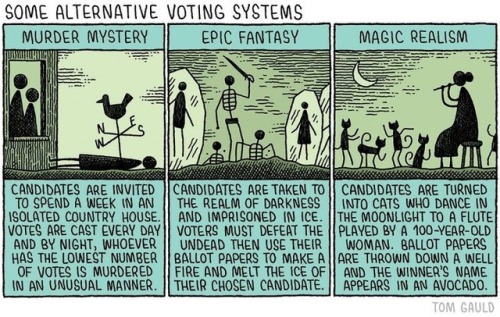 There’s lots of interesting mathematics around this democracy business, and its shortcomings. Insert disclaimers about the complicated relationship between is and ought, and model and actuality. Anyway… I’ll look at that here. Whining about modern democratic failure I’ll leave to capitalism’s end game and practical analysis to psephology.