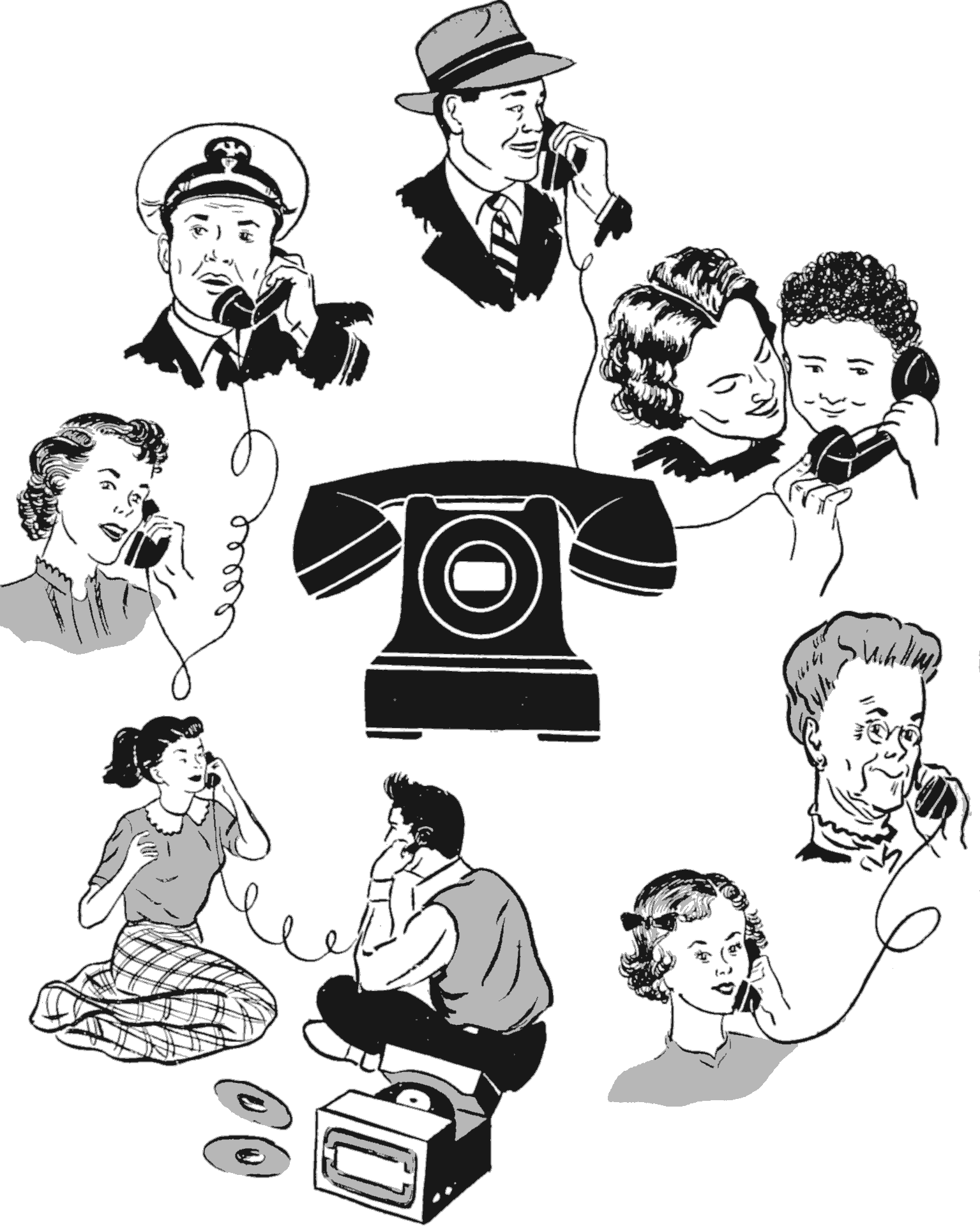 tl;dr Everyone use Signal and/or Keybase, or just meet up face-to-face. In a Faraday cage. The Electronic Frontier Foundation has a review of good encryption options, and comparitech has one focused on chat apps specifically.

The ephemeral nature of chats is possibly easier to practically secure than email, at least if you do it right.

There are too many chat programs which aspire to security and not enough secure anything else, and we can’t persuade people to use even the secure chat clients, let alone the same chat protocols. Building them is hard and many are doing it badly. The ones that exist are often awful - gossip is that the stalwart pidgin/adium/libpurple is bad in that it is full of security bugs. Even without that, the underlying protocol (XMPP) by design leaks information about your contact list to the server. A more modern approach is Off-The-Record chat which is available in some systems, but implemented with varying degrees of laxity. For a visualisation of how the popularity of chat clients increases roughly in proportion to how much of your information is given to unaccountable third parties, see the (now somewhat dated) EFF chat scorecard.

Skype is particularly egregious. It is an NSA honeypot, and not even an especially usable one.

There are attempts to do it right below as regards confidentiality, but consider also the problem of jurisdiction. Trumping end to end encryption shows one way that secure confidential communication is being white-anted in various states. Indeed, this has been partly outsourced to my own nation, Australia via the AssAccessBill.

You know, I should think about that. Chat with glue explores UIs in chat-based interfaces. 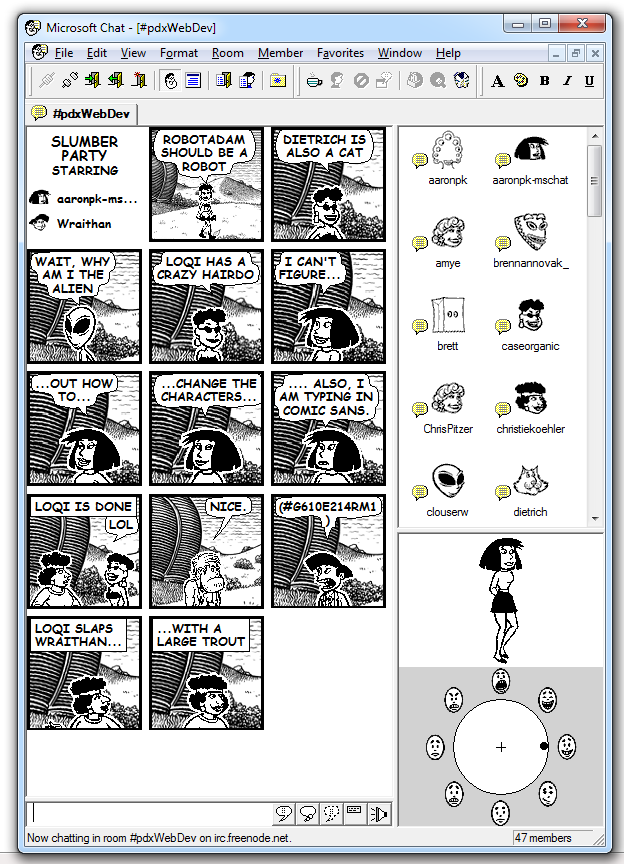 Looks neat. I do not cover the Mattermost product itself that spawned this matterbridge thingy, since mattermost is low security and indeed using this bridge likely has some unfortunate infosec implications. But so handy! So shiny! even allows, e.g. bridging facebook messenger to a real app.

Signal uses your existing number, doesn’t require a password, and leverages privacy-preserving contact discovery to immediately display which of your contacts are reachable with Signal. Under the hood, it uses ZRTP, a well-tested protocol for secure voice communication.

Signal was designed specifically for mobile devices, using a jitter buffer tuned to the characteristics of mobile networks, and using push notifications to preserve battery life while still remaining responsive. Signal is also Free and Open Source Software, allowing anyone to audit the code for correctness or help contribute improvements. The project even pays out a percentage of donated Bitcoin for every merged pull request.

Seems good that it is open, friendly, widely used etc. Not as polished, reliable or easy as more mainstream clients.

The Signal algorithm is apparently used in iMessage and Whatsapp, although how can you tell in these secretive closed-source apps? Whatsapp, at least, breaks the security of the protocol in aid of convenience, and uploads your contacts to suspect 3rd parties.

Signal is what I’m recommending not because it is perfect, but because it is widely used, and OK-ish. The governance could be better, but most others are worse. One problem is that it’s hard to archive history chats. You can export from Signal Desktop (See some wrinkles discussed here). There is an automated version via SCAB.

keybase is neat. It’s a chat(+other things) program for your mobile or desktop, which connects you with your social profiles, e.g. twitter or github or website or whatever. Friendly, easy to use, support cryptocurrency transfers as a bonus. I’ve just started using it but it’s been handy so far. keybase.io/danmackinlay.

Still has some rough edges (like high CPU demand for the desktop client). I’m not sure exactly how secure it is. Worth investigating though.

🏗 Update to mention public source disclosure by the company. This is probably more secure now.

Mobile: Telegram is popular in Germany, but has possibly shitty security. Probably better than nothing, or if you have lots of German friends.

Matrix is some kind of messaging layer for the internet, at lower level than a chat solution per se. Specifically, it aims to

[provide] an open universal communication layer perfect for VR calling, messaging and collaboration, powering immersive experiences for conferencing, tourism, entertainment, telepresence, e-learning, etc. […] Matrix is that missing signalling layer for WebRTC. If you are building VoIP into your app, or want to expose your existing VoIP app to a wider audience, building on Matrix’s SDKs and bridges should be a no-brainer.

Client encryption is available but optional. The recent security breach is, amongst other things, a lesson in why you should not trust server encryption - all the server-encrypted stuff was compromised, but end-to-end encrypted messages appear to have been safe.

A free, personal account gives everyone the benefits of a secure, privacy-focused messaging app. Personal accounts can connect and communicate with Pro accounts.

The application uses distributed hash tables (DHT) to establish communications. This technology eliminates the use of centralized registers (servers) and the retention of personal data. Jami is based on a distributed network technology, eliminating the need for servers. Mass surveillance can not be undertaken by the servers as there is not any.

Jami stores your secrets (private keys for encryption and identity) only on the device which executes it, which belongs to you. Your device is therefore the sole holder of your information.

Jami offers a digital identity with accounts that do not require anyone exposing their personal identity. All of the communications are encrypted with no exception with the most advanced current techniques. As free software, Jami is underpinned by an essential objective: to be a distributed communication system that respects the privacy of its users, thanks to its design without infrastructures or centralized servers.

The flagship app of the Bridgefy mesh network, about which I know little except that it doesn’t require the internet.

Mumble is primarily intended for gamers, and was the first to establish true low latency voice communication over a decade ago, but finds good use in many different environments as well.

We heard from users who record podcasts with our multi-channel audio recorder, players seeking realism with our positional audio in games, Eve Online players with huge communities of over 100 simultaneous voice participants (I bet they make good use of our extensive permission system 😄), the competitive Team Fortress 2 community making us their required voice communication platform, hobby radio transmission users, and a variety of workplaces adapting Mumble to fit their needs - be it on-head mobile devices or communicating across countries or into airplanes.

Administrators appreciate Mumble for being able to own their and their users data. Some make use of the extensive permission system for complex scenarios (for example separating two groups but leaders being able to talk to both). Some love to provide their users with additional functionality with scripts making use of server APIs, or host music bots and the like that connect to the server. Those that have an existing user database often make use of authenticators to allow authenticating with existing account login data.

COI Chat-over-IMAP backloads real-time chat into email servers. Unclear if this are capable of forward secrecy. Or if this is actually sane.

CoyIM is a new chat client that is safe and secure by default: no settings to change, no plugins to install, no computer configuration to change.

Not yet audited. Do not use for anything sensitive… CoyIM is a standalone chat client that focuses on safety and security. It is a self-contained program that runs on Windows, Linux and macOS. CoyIM only supports one chat protocol - XMPP (sometimes known as Jabber). CoyIM has carefully picked and chosen the features that are necessary to create a good chat experience, while keeping the attack surface of the system to a minimum.

It also has built-in support for Tor, OTR and TLS. The Tor support allows users to become anonymous while chatting, OTR makes end-to-end encryption of communication possible, and TLS adds another layer of encryption for the communication with chat servers. These features are not plugins or extras in any way.

CoyIM is implemented in Go. Many other implementation languages open up the door for a large number of attacks; we try to minimize those risks by using Go.

Desktop: tox is a chat protocol and implementation

Tox is a free-as-in-freedom, peer-to-peer, end-to-end encrypted, distributed, multimedia messenger. Using existing technologies such as dispersed networking and strong cryptography, Tox can provide a superior instant messaging experience than current market offerings. Files can be shared as fast as you and your partner’s Internet connection allows, audio calls are instantaneous, and there are no arbitrary limits to how many people you can have in a group conversation.

Favoured client seems to be qTox.

You can probably stop reading here; that should be enough chat clients to keep anyone busy and too many for fragmentation of your chat communities. From here on, the suggestions get successively more esoteric and/or untested.

Desktop: Hello is the new firefox one. How does that work now?

Desktop/mobile: Cryptocat is an open implementation of OTR for text chat. TBC

Retroshare does peer-to-peer chat, as does scuttlebutt and other decentralised social networks.

Unlike other apps that keep you stuck in their walled garden, ChatSecure is fully interoperable with other clients that support OMEMO or OTR and XMPP, such as Conversations (Android), CoyIM (Desktop), and more.

is a P2P communications protocol used to send encrypted messages to another person or to many subscribers. It is decentralized and trustless, meaning that you need-not inherently trust any entities like root certificate authorities. It uses strong authentication which means that the sender of a message cannot be spoofed, and it aims to hide “non-content” data, like the sender and receiver of messages, from passive eavesdroppers like those running warrantless wiretapping programs.

Group communications are nice to have if you have more than one friend. Dissent is one a open-source attempt to provide that with good academic credentials. No released products, though, and I suspect this project is dead

Dissent’s technical approach differs in two fundamental ways from the traditional relay-based approaches used by systems such as Tor:

OStel is a public testbed of the Open Secure Telephony Network (OSTN) project, an effort with the goal of promoting the use of free, open protocols, standards and software, to power end-to-end secure voice communications on mobile devices, as well as with desktop computers. Both are concepts from The Guardian Project.

Pidgin/adium/libpurple works, for what it is worth, but are probably insecure because of bugs and deprecated and leaks your metadata (citation required). Does not disclose message content if you choose the right settings but does leak, for example, the identities of who you are contacting. Probably if you are using this, you want to use coyim instead?

Skype if you must

Skype, as we have already mentioned is honeypot spyware, that reads your passwords. But you have some colleagues who are determined to use it, right? You could run it in a docker jail, but it is probably simpler to use the web client.