Upon the efficient consumption and summarizing of news from around the world.

Remember feeds? From when we though the internet would provide us timely, pertinent information from around the world on our topics of interest? When our information streams were not about your aunt’s conspiracy theory memes on a social media feed, but curated lists of expert opinion?

No? Did you miss that bit of internet discussion. Perhaps a picture best explains it in that case. This is the view from my current feed reader of my favourite information sources, showing the freshest updates across the internet.

I have been told to do this through Twitter or Facebook, but, seriously… no. Those are systems designed to waste time with stupid distractions in order to benefit someone else. Facebook is informative in the same way that thumb sucking is nourishing. Telling me to use someone’s social website to gain information is like telling me to play poker machines to fix my financial troubles. Stop that.

Contrarily, I would like to find ways to summarise and condense information to save time for myself. That is what feeds were designed for. New to this game? You know what podcasts are? Podcasts are a type of feed. An audio feed. If I care about news articles and tumblr posts and whatever, not just audio, then I can still use feeds, feeds of text instead of audio. Any website can have a feed. Many do.

Remember when we thought the web would be a useful tool for researching and learning, and that automated research assistants would trawl the web for us? RSS Feeds were often discussed as a piece of that machine: Little updates dripped from the web, to be sliced, diced, prioritised and analysed by our software to keep us aware of… whatever.

Feeds in their current form, as useful and time-saving as they are, are not the apotheosis of information retrieval. AFAICT they were always intended to be a part of a larger infrastructure of automated knowledge classification and discovery and analysis, possibly of community sharing and curating.

This higher level, the analysis, has not eventuated, at least not as any kind of technical standard. Most feed readers don’t do much fancy analysis or triage, they just give you a list of new items ordered by date. Many people make a living sifting feed wheat from feed chaff. This is what we called “journalism”. Services like Canopy or Pinterest or keen which do automatic moderation might be useful here, but it is not so common.

Still, whatever. As they are, feed readers work and they are better than browsing to the same page and pressing “refresh” constantly.

Feeds are mourned and missing from certain fancy modern blogs. Read Anil Dash on The lost infrastructure of social media.

Pace Anil, feeds are alive. Feeds are available for, for example, Medium, much as that site tries to distance itself from the normal web. Anil Dash’s Medium feed, for example, is https://medium.com/feed/@anildash.

Moreeover, in my feed are more useful than ever,. In academia we occupy different slopes of the hype curve. Academics have belatedly caught up on the existence of feeds to the point that specialist blogs are having, IMO, a golden age. Perhaps because getting a PhD is a giant PITA, the barrier for entry to starting a blog seems trivial by comparison, so a lot of PhD people produce a lot of high quality content. I think academics are enjoying the people in the machine phase.

Want to get started? Why not try the sources that I use in my feed reader? They are all available on my blogroll.

How to get those feeds? Why, an app! Either a web app, or an app app like your grandaddy used to use. 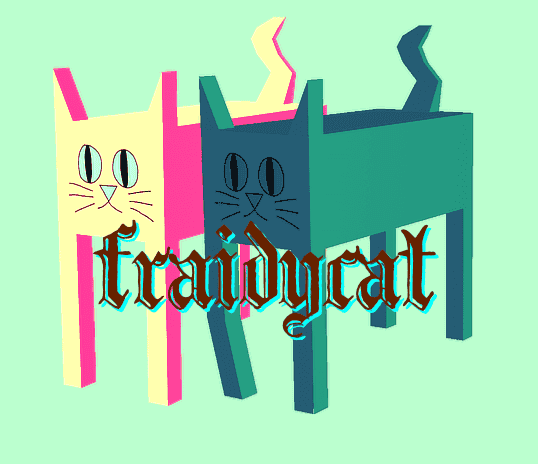 fraidycat is a desktop app or browser extension for Firefox or Chrome, with a remit to be an unapologetic passion project in an area depressingly dominated by SEO types. Has a novel UX design, by a novel piece of internet, Kicks Condor.

On that UX thing,

There is no news feed. Rather than showing you a massive inbox of new posts to sort through, you see a list of recently active individuals. No one can noisily take over this page, since every follow has a summary that takes up a mere two lines.

feedly is the current boss, and the one that I use. Targets commercial users, like web “community managers” or marketing types, but it mostly usable despite that. Probably works for humans too. This is how you would subscribe to my site in Feedly. Point of friction: the internal feedback mechanism has the tic that it is constantly asking me if an article is about “leadership” or not. The thought of who would comb the internet all day long and desperately try to optimise the efficiency with which they can find articles about leadership, this fills me with gnawing dread.

Newsblur is a quirky option that I used for a while before the interface annoyed me. For me, its user interface is in the uncanny valley between radical UI redesign, and poor reimplementation of the corporate standard, but this is by no means a universal opinion.

The UI defies the last 10 years of user interface conventions, which is confusing, but it works and is cheap (and in fact has an open source app you can self-host). This is how you would subscribe to my site in Newsblur

Inoreader seems popular amongst readers of this blog. I have not used it myself, but thanks for all your custom, Inoreader users. Care to share why you like it?

Feeder is a browser extension/site/app that reads feeds that I have not used but also produces a lot of the traffic of this blog. (Feeder fans: speak up!

The old reader reads feeds and this includes activity updates for people you follow on social media. Not sure if that is the worst or best of all worlds. I presume the name is a tribute to the fact that this technology is pretty good despite the hype curve moving on to coil about other things?

feedbin is also a thing. Not sure about the value proposition. Found it somewhere. I have spend enough time auditioning feed readers now, though, so it is unlikely I will change.

Most people can stop reading here.

If you want to get more indy/private or have a distaste for the pre-packaged, you can run your own feed reader server. I will run my own server software if the application is compelling enough, but let us consider the costs. Let’s say between backups, security issues, confusing DNS failures etc, that’s 8 hours per year of miscellaneous computer wrangling, best case, and more hours if you have complicated things like running some multi-user enterprisey database to store data. It is hard to imagine that cost being worth it for internet distracting.1

Creating feeds from sites that don’t have them

More generally, web scraping tools can do this. For example, Scrapy i whose companionn project scrapy-rss converts weird sites into RSS.