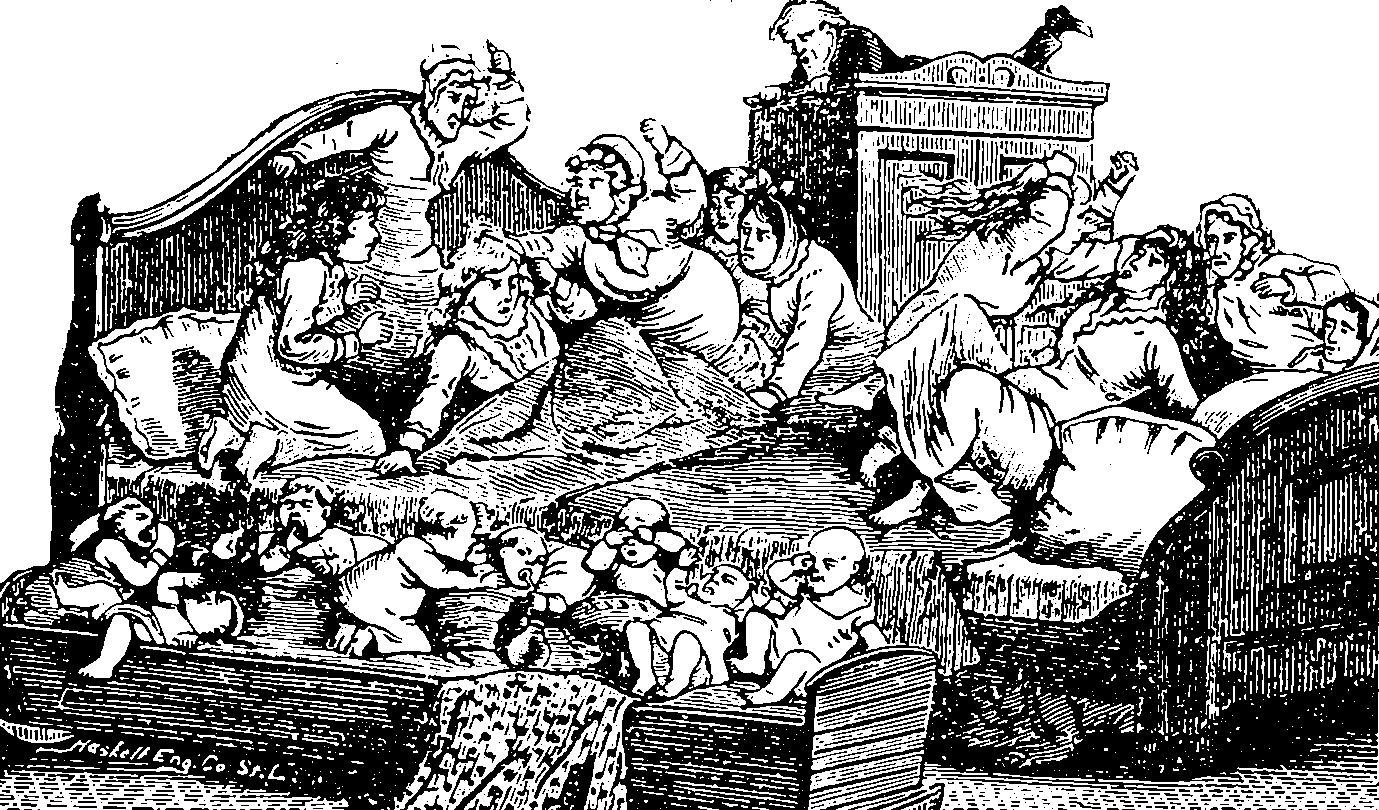 The skill of communicating in the highly artificial situations of the modern human. Such crucial skills. Often not taught. Worse, we systematically fail to realise we lack them.

Here are some resources I use to work on my skills in this area. Analysis of these in a broader social context is something I consider in e.g. speech standards.

Back and Back’s classic (and cheap) Assertiveness at work is short, clear and has practical exercises. I buy copies of this in bulk and give them to friends with workplace friction challenges. This book is really, really good and I cannot recommend it highly enough. Not least because the downside risk of a $5 second-hand book is low. Back, Back, and Bates (1991):

We use the word ‘assertion’ … to refer to behaviour that involves:

We will demonstrate this with an example. Suppose your manager asked you to complete some additional work by the end of the month. You are the best person to do the work, but your time is already fully committed to other work. An assertive response in this situation would be:

“I appreciate that you would like this work completed by the end of the month. However, I don’t see that I can fit it in with my workload as it is at present, so can we discuss it?”

So assertiveness is based on the beliefs that in any situation:

The aim of assertive behaviour is to satisfy the needs and wants of both parties involved in the situation.

This is one of those things where it is not rocket science when you read it back to yourself, but which in my experience is poorly taught everywhere.

I really like their framing. They discuss assertive speech as a standard of communication that you can mutually agree upon, which if we all accede to it, will lower overall stress. It is a proposal for an emotional lingua franca.

These are fair points, I reckon. I do not wish to make a claim that you are a bad person if you are not assertive. I am, however, advocating the following points from this literature

Negotiation trainer Misha Glouberman is of course eloquent on the Dave McRaney podcast: How to have better conversations with loved ones (and just about anyone) about difficult topics (and just about anything). His work seems to be based upon stuff such as Stone and Heen (2011) and Ury and Fisher (2012).

Dave Bailey summarises of Marshall B. Rosenberg’s Non-Violent Communication, whose key advice is similar. Looks similar to the FBI Behavioral Change Stairway Model, (Vecchi, Van Hasseltb, and Romano 2005) which they use for hostage negotiations and suicide threats, so it is a literally battle-tested system in that regard. 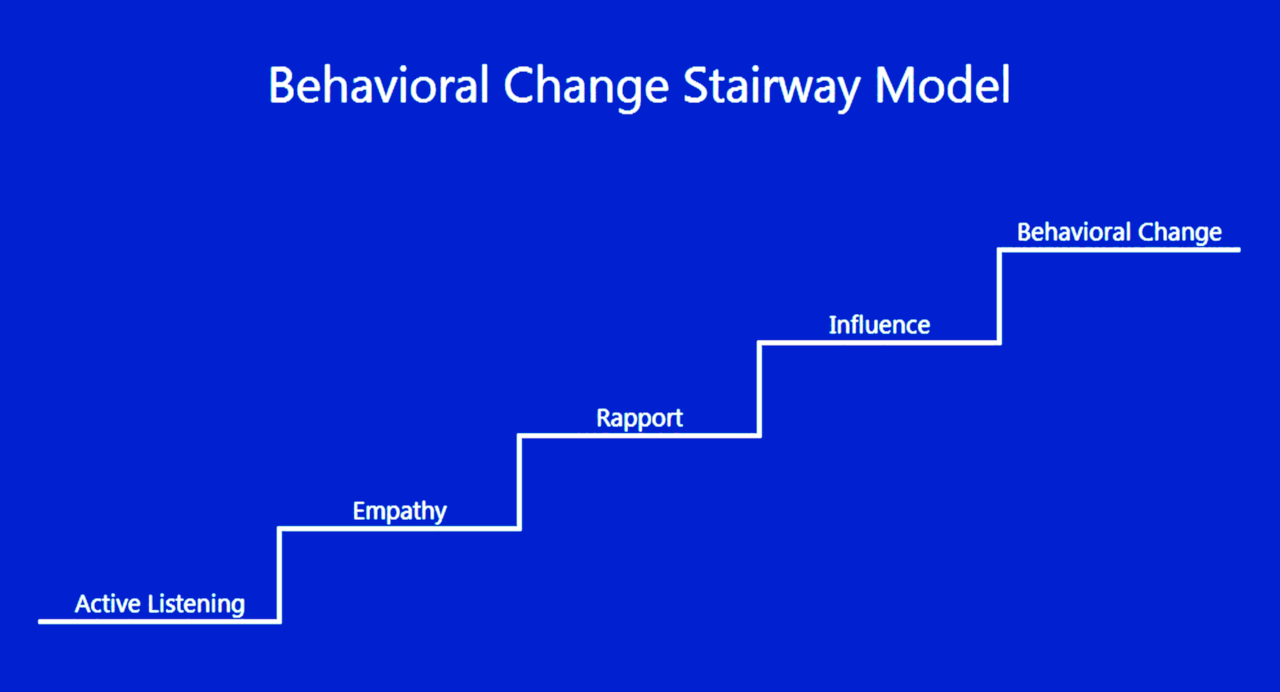 Ethics Explainer: The principle of charity

The principle of charity suggests we should try to understand ideas before criticising them.

Arguments should aim at finding the truth, not winning the fight. The misanthrope is robbed by the world

I believe that the ability to expect that conversation partners are well-intentioned by default is a public good. An extremely valuable public good. When criticism turns to attacking the intentions of others, I perceive that to be burning the commons.

Obviously some people in the world do not want positive things, and it is necessary to be aware of that. However, importing the communicative norms of, say, political twitter, or some other such weaponised battlefield environment, into a intimate communication will kill trust before it is born. Cooperate first in iterative games.

Trust dancing is one fun term here, due to Malcolm Ocean.

The term here is supposed to highlight a meta-protocol for negotiating the actual communicative protocol you will use, rather than assuming that everyone can work with whatever system you are used to. Observationally, successful multi cultural societies seem to be good at this.

Resonates with me especially because I have recently had a falling out with a flatmate who found my classic conversational gambits triggering — for her, active listening and non-violent communication felt manipulative. How to progress a discussion in such circumstances?

I find Piper Harron’s post Why I Do Not Talk About Math troubling. Is this a parable about failure to negotiate a satisfactory communicative style despite great effort?

Nobody was mean to me, nobody consciously laughed at me. There’s just a way that mathematicians have been socialized (I guess?!) to interact with each other that I find oppressive. If you have never had someone mansplain or whitesplain things to you, it may be hard for you to understand what I’m going to describe.

I personally find the way that mathematicians discuss things invigorating, myself, and if I don’t enjoy it on a particular day I change it. Some people feel there do not feel they have scope to do that, and for all I know they are correct. How to fix?1

This is a classic case of Ask Culture meets Guess Culture. In some families, you grow up with the expectation that it’s OK to ask for anything at all, but you gotta realize you might get no for an answer. This is Ask Culture.

In Guess Culture, you avoid putting a request into words unless you’re pretty sure the answer will be yes. Guess Culture depends on a tight net of shared expectations. A key skill is putting out delicate feelers. If you do this with enough subtlety, you won’t even have to make the request directly; you’ll get an offer. Even then, the offer may be genuine or pro forma; it takes yet more skill and delicacy to discern whether you should accept.

A recent discussion about this in podcast form was Spencer Greenberg’s Guess culture vs. ask culture (with Will Eden and Sam Rosen). I take issue with that podcast, though, which I feel rather weak-manned the cause of asking. The partisan of asking seemed to advocate asking culture in the sense of having scope for tendentious and provoking questions in situations of marginal psychological safety. For me, the central idea here is that an efficient way of negotiating psychological safety is to ask about things, even one that seem like they might be taboo, and to take the answer at face value, and contrariwise, to understand that when in doubt ambiguous needs can be clarified and the explanation will be taken at face value. This is much simpler and to my mind, less exclusionary than, e.g. communication systems that require prohibitive degrees of in-group-tacit-knowledge.

Although it can be taken to bizarre extremes (asking someone about a recent traumatic experience is not being an Asker it is being a bully) asking is The Way.

This is actually pretty simple: Guessers are wrong, and Askers are right. Asking is how you actually determine what the Asker wants and the giver is willing to receive. Guessing culture is a recipe for frustration.

What’s more, Guessers, who are usually trying to be nice and are holding themselves to a higher level of politeness, ruin things for the rest of us. I’m not a super hospitable guy, but I frequently find myself offering things to other people that I’d like them to take—say, leave their kids at my house to play with my kids—but they refuse to take because they think I’m a Guesser, offering hospitality I secretly hope will be turned down. Guessers are what forces people with poor social discernment, like me, to regard all kinds of interactions as a minefield of awkwardness.

Here is a name for a norm I notice and enjoy sometimes in academia: Crocker’s rules.

Declaring yourself to be operating by “Crocker’s Rules” means that other people are allowed to optimize their messages for information, not for being nice to you. Crocker’s Rules means that you have accepted full responsibility for the operation of your own mind — if you’re offended, it’s your fault. Anyone is allowed to call you a moron and claim to be doing you a favor. (Which, in point of fact, they would be. One of the big problems with this culture is that everyone’s afraid to tell you you’re wrong, or they think they have to dance around it.) Two people using Crocker’s Rules should be able to communicate all relevant information in the minimum amount of time, without paraphrasing or social formatting. Obviously, don’t declare yourself to be operating by Crocker’s Rules unless you have that kind of mental discipline.

By framing these as a consensual communication strategy, it defangs one of the problems with brusque communication which different people interpret differently (for some it is aggression and for others it is respect for the value of another person’s time).

I am in many academic email correspondences that are cleanskin Crocker exchanges and I find it effective.

Dealing with arguments based on their contents rather than their context. For me, this is a thing we need to do to make progress. I respect that decoupling is thing that mused be accomplished rather than assumed.

Much as been written on this theme. For an example, see A Deep Dive into the Harris-Klein Controversy, and for some background, see Decoupling revisited.

The Motte is a miniature subreddit spinoff which attempts to be all-decoupling, all the time. It is hard work, especially in an open public sphere where people are constantly coming in and fucking it up. Also kind of addictive.

Here are my current communicative preferences, affordances and commitments.

I would like to work with people to learn true things, because truth is beautiful and because truth can be used to make the world better, and thus in turn make the truths about it more beautiful. To that end I invite your disagreement and criticism and collaboration on knowledge, and I guess on life itself.

Disagreement is one of the hardest things to do in conversation. Here are some tricks and background to communicate with me generally, esp with regard to disagreement.

In short, I am a stroppy, empathetic extrovert who aspires to the possiibility of reasonable discussion, who would probably like you if you have interesting opinions and a would like to discuss them overtly.

Online comment moderation advice (I would like this to be data-backed): A Pragmatic Approach To Thorny People Problems.

Ian Leslie, Ten causes of breakdown in communication. The top one is excellent, believing you have communicated.

no hello is a handy webpage about why one should not start chats with “hey”.

See also personality tests; IIRC there is some communicative stuff there.

Academic writing is not so much brusque as verbosely passive aggressive. We do not talk inside the ivory towers the same style in which we declaim from them, or at least my teams do not.